Follow us:
A woman reads a new edition of "The Little Prince" book on April 11, 2013, in Paris, France. Image: AFP/ Patrick Kovarik

Early sketches of “The Little Prince”, the world-famous creation of French writer Antoine de Saint-Exupery, have been found in storage in northern Switzerland, local media and an art expert said Thursday, Aug. 15.

The drawings were purchased at auction some three decades ago by Bruno Stefanini, a real estate magnate and major collector who died last year, said Elisabeth Grossmann, curator of the Cultural Foundation of Winterthur. 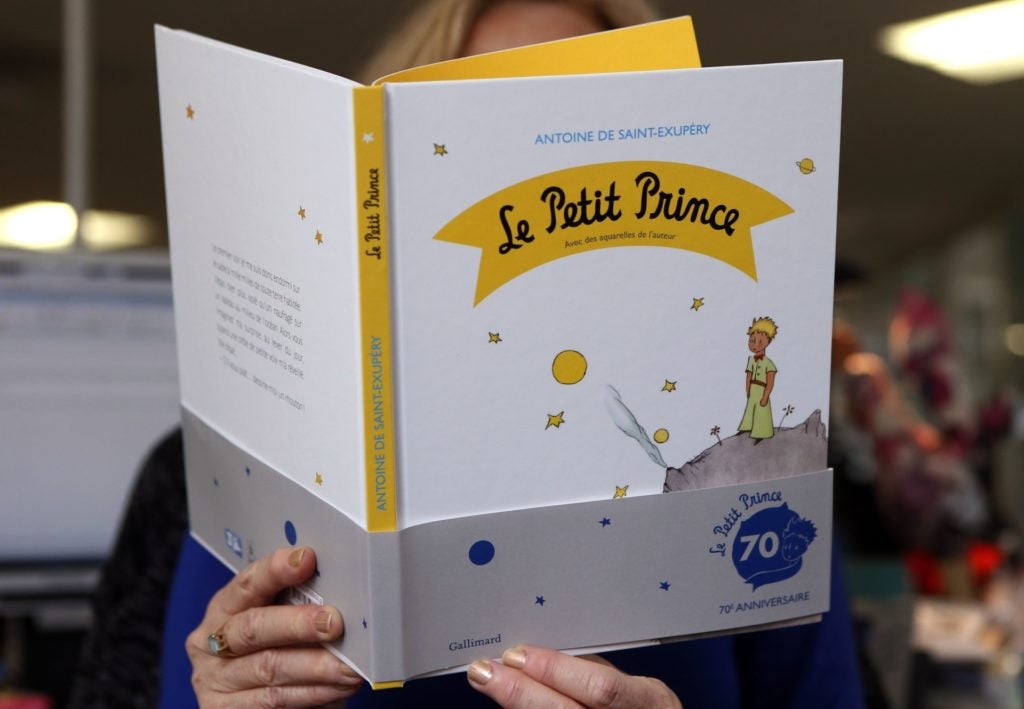 A woman reads a new edition of “The Little Prince” book on April 11, 2013, in Paris, France. Image: AFP/ Patrick Kovarik

She said “The Little Prince” sketches were found in good condition in a folder with other works in a building in Winterthur.

“The Little Prince” (“Le Petit Prince”), a novella charting the fantastical interstellar voyage undertaken by the eponymous hero, has sold 145 million copies worldwide and been translated into 270 languages.

Saint-Exupery escaped to the United States after Germany’s invasion of France and it was during his exile there in 1942 that he wrote his famous book. It was first published in 1943.

The author also lived in Switzerland from 1915 to 1917 while attending boarding school in the central canton of Fribourg.

Stefanini, one of Switzerland’s largest collectors who assembled tens of thousands of works before his death, set up the Winterthur to manage his artistic holdings.

He bought the Saint-Exupery sketches at an auction in 1986 in the town of Bevaix, according to the Landbote newspaper, which first reported the discovery on the same day.

The sketches include an image of The Little Prince talking to a fox, “The Tippler” sitting on his planet, and the iconic image of a boa constrictor that has just eaten an elephant.

Grossmann said the Winterthur museum would contact New York’s Morgan Library, where Saint-Exupery’s original sketches are held, to inform them of the discovery.

Saint-Exupery, a pilot, mysteriously disappeared over the Mediterranean on July 31, 1944, shortly after taking off on a wartime mission. HM/JB