Whenever we stumble upon beggars sleeping rough on the streets, our first inclination is to avoid them. And even though we see them in pain, we also hesitate to give them money–thinking that they are frauds and that they will only spend it on drugs and alcohol.

But for 10-year-old Georgi Darlington, there wasn’t even a tinge of hesitation when she handed her last pocket money to a homeless man. In a report published by Metro, Darlington was in Manchester City center with her older sister Katie when she saw a man named Jamie outside the Arndale Food Court. 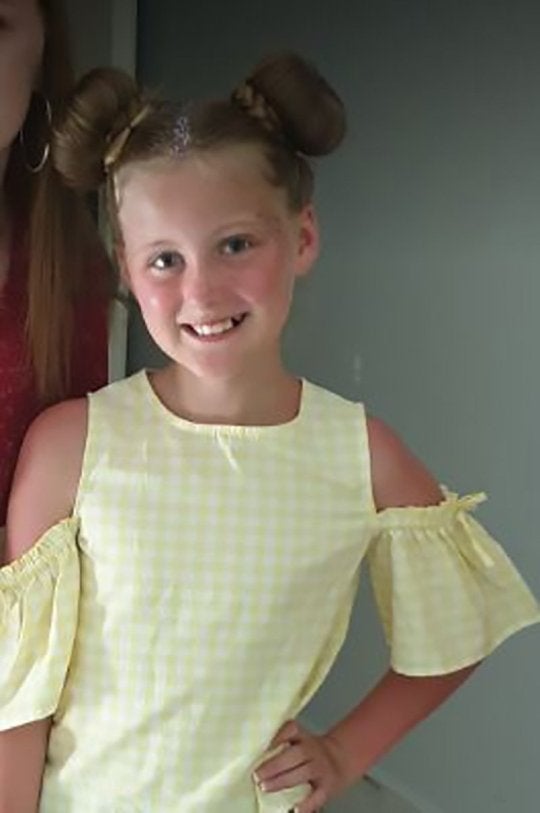 For Darlington, her “heart felt sad” upon seeing Jaime in that dreary situation. And instead of just walking past him, what she did was approached the man and gave him her last £1.45 (approximately 92.17 PHP). Surprised by Georgi’s act of kindness, Jamie gave her a hand-written poem signed off with the hashtag #HomelessButStillHuman. 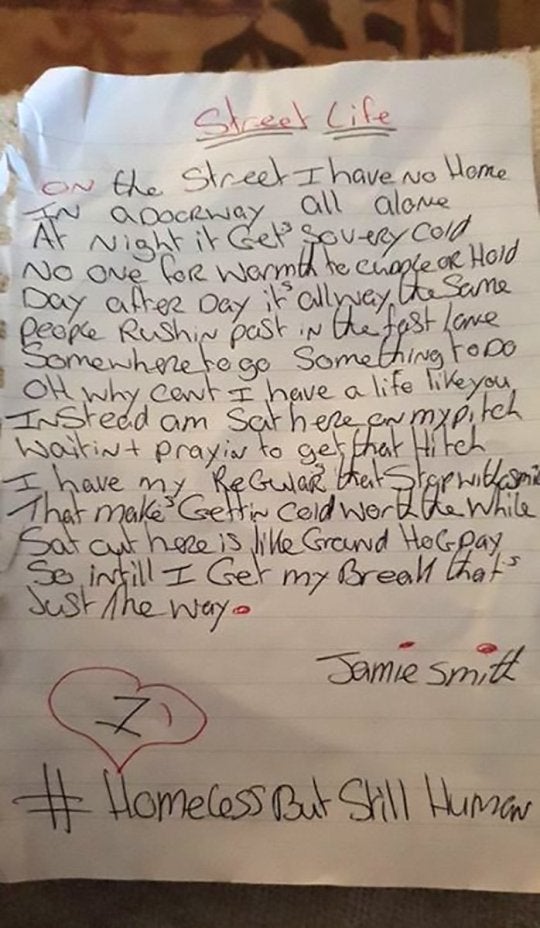 On the streets, I have no home,
In a doorway all alone,
At night it gets so very cold,
No one for warmth to cuddle or hold,
Day after the day it’s always the same,
People rushing past in the fast lane,
Somewhere to go something to do,
Oh, why can’t I have a life like you,
Instead, I’m sat here on my pitch,
Waiting praying to get that hitch,
I have my regulars that stop and smile,
That makes getting cold worth the while,
Sat out here it’s like groundhog day,
So until I get my break,
That’s just the way.

The poem, titled “Street Life”, speaks of the pain and suffering he continues to endure every day on the streets. He also mentions how he has always wanted to have a normal life like most people—however, he has no choice but to accept that despairing fate. Heidi Clayton, Darlington’s mom, shared the poem on Facebook expressing how proud she was of her daughter’s generosity and kindness.

“I’m so proud of her, her thoughtfulness to humanity is amazing, she has a heart of gold,” said Clayton.

Clayton believed that each person has a story to tell and by sharing this poem on social media, she was hoping we would all realize that “homeless people are human.”

“We hope Jamie Smith finds his happiness one day, I hope he finds warmth in his life and gets onto the path of life that he wishes for,” she added.

The homelessness crisis has become more prevalent in the United Kingdom particularly in cities like Manchester, Birmingham, and Liverpool. In Manchester alone, the number of rough sleepers on the streets has dramatically increased over the past five years. The Guardian also reported that more homeless people died in Manchester than in any other local authority area in England and Wales in 2017. In order to reduce the number of homeless deaths, there are organizations that have been helping in providing shelters to rough sleepers.

Darlington’s story is just a stepping stone to encourage more people to help.