While most celebrities have spent August hitting up the beach, Rihanna is preparing for her next major beauty launch.

The superstar singer and designer is marking the end of summer with an onslaught of new products via her Fenty Beauty by Rihanna label. 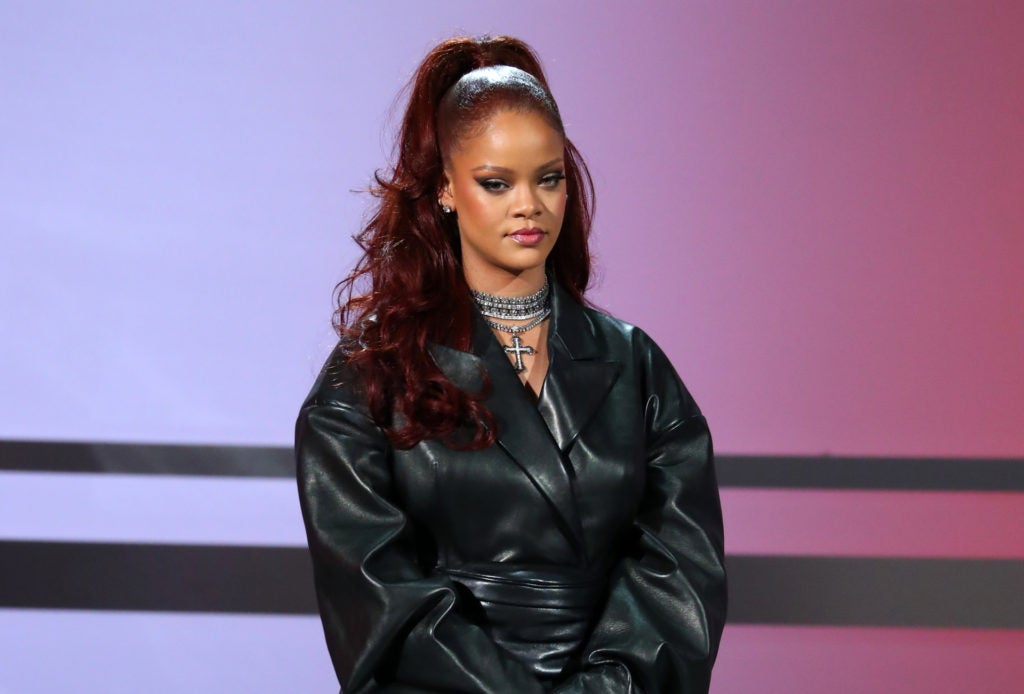 First up is a “Pro Filtr Hydrating Foundation” line that comes in no fewer than 50 different hues to suit a range of skin tones. The foundation features a hydrating formula with a natural finish, designed with normal to dry complexions in mind.

COUNT 'EM UP….50! 🗣🔥 Our new #PROFILTRHYDRATINGFOUNDATION is a new hydrating formula with Grape Seed Oil and Sodium Hyaluronate in a natural finish that’s perfect for normal to dry skin — AND it comes the same 50 shades as our original #PROFILTRSOFTMATTEFOUNDATION! Mark your calendars and grab it on August 15 at fentybeauty.com, @sephora, @harveynichols, @bootsUK and #SephorainJCP!

It is set to go on sale on Aug. 15, and Rihanna is clearly over the moon with it, telling her 74 million Instagram followers over the weekend, “I am so hyped that I do not have to hide this anymore, it is by far one of my proudest moments of a product to date.”

when the foundation takeova ain’t ova! we back and badder than ever with a brand new delicious formula. Meet the PRO FILT’R HYDRATING Foundation, and she comes in 50 shades!! 💪🏿💪🏽💪🏻 I’m so hype that I don’t have to hide this anymore, it’s by far one of my proudest moments of a product to date. No cap. But you’ll see for yourself in a couple days, cause #PROFILTRHYDRATINGFOUNDATION will be available on AUGUST 15th at @fentybeauty @sephora @harveynichols @bootsUK and #SephorainJCP

But that is not all RiRi has up her sleeve. As reported by Teen Vogue, Rihanna rocked up at the Sephora Store Leadership Conference in Las Vegas earlier this month and dropped some serious hints about her label’s next launch during her on-stage presentation.

Rihanna surprised the Sephora Store Leasership Conference in Vegas and gave them a sneak peak of a product dropping 8/23! pic.twitter.com/VHxypTloxQ

A series of videos posted by Twitter user @fentibetter show the star introducing her latest development, a 14-shade line of brow pencils allegedly dubbed “Ultra Fine Brow Pencil & Styler,” slated for release on Aug. 23. The brand has yet to confirm the news, so keep your eyes peeled (and your brows ready).

If true, the launch would mark the first-ever brow product for the makeup line, which has achieved major success since its launch back in 2017 with its cosmetics for eyes, lips and face. HM/JB

Beat ‘tutchang’ with the power of Collagen