IN PHOTOS: Westlife celebrates their 20th anniversary with a two-day reunion concert

Manila fans felt nostalgic during Westlife’s “The Twenty Tour”, a two-day concert that happened last July 29 and 30 at the Smart Araneta Coliseum.

Eight years after their heartbreaking disbandment in 2012, the most loved 90s Irish boyband had reunited to celebrate their 20 years in the music industry.

Over the past two decades, Westlife has sold hundreds of albums and records worldwide, 33 of those became number one hits. Shane Filan, Kian Egan, Markus Feehily, and Nickey Byrne was back in Manila to promote their latest single, “Hello My Love”. The track is an upbeat love song that was written by co-artist and friend, Ed Sheeran—which is a total treat for their excited fans!

The boyband serenaded fans with a selection of hits from the last 20 years. The setlist included their most famous tracks, “Swear It Again”, “What About Now”, “My Love”, “When You’re Looking Like That”, “Uptown Girl”, “If I Let You Go”, “Better Man” and of course, their recent single, “Hello My Love”. Westlife showcased their vocal prowess with a spirited performance of Queen’s Medley which included, “Another One Bites The Dust”, “Radio Ga Ga”, “I Want To Break Free”, “Somebody To Love”, “Don’t Stop Me Now”, “We Will Rock You”, and “We Are the Champions”.

The Irish pop band spoiled their fans by performing some of their most requested tracks such as: “Seasons in the Sun”, “Fool Again”, “Queen Of My Heart”, “Dynamite”, “You Raise Me Up”, “Flying Without Wings” and “World Of Our Own”.

Here are some of the Photo highlights just in case you missed their performance:

Westlife’s “The Twenty Tour” was presented by Wilbros Live. 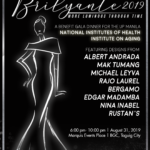 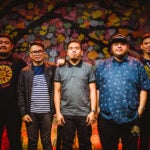