Follow us:
The construction of Bernar Venet's 'Arc Majeur' took place in workshops in the Belgian town of Seraing. © Courtesy of Fondation John Cockerill

LOOK: Europe’s largest roadside artwork to be unveiled in Belgium

The 200-ton steel sculpture, entitled “Arc Majeur”, will be revealed next October at an as-yet-unknown date.

It will be on view on either side of the E411 motorway near the town of Lavaux-Sainte Anne in Belgium. 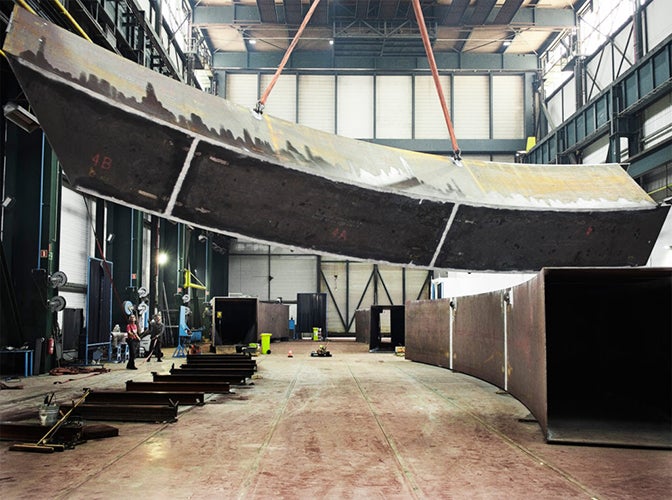 The public artwork will be displayed along the E411 motorway next October.Image: Courtesy of Fondation John Cockerill via AFP Relaxnews

The colossal piece, created by French artist Bernar Venet, is composed of two sweeping arcs that measure 60 and 20 meters respectively.

The large arc, made of three sections measuring 20 meters each, will be set up on one side of the motorway, while the smaller one will be installed on the other side. 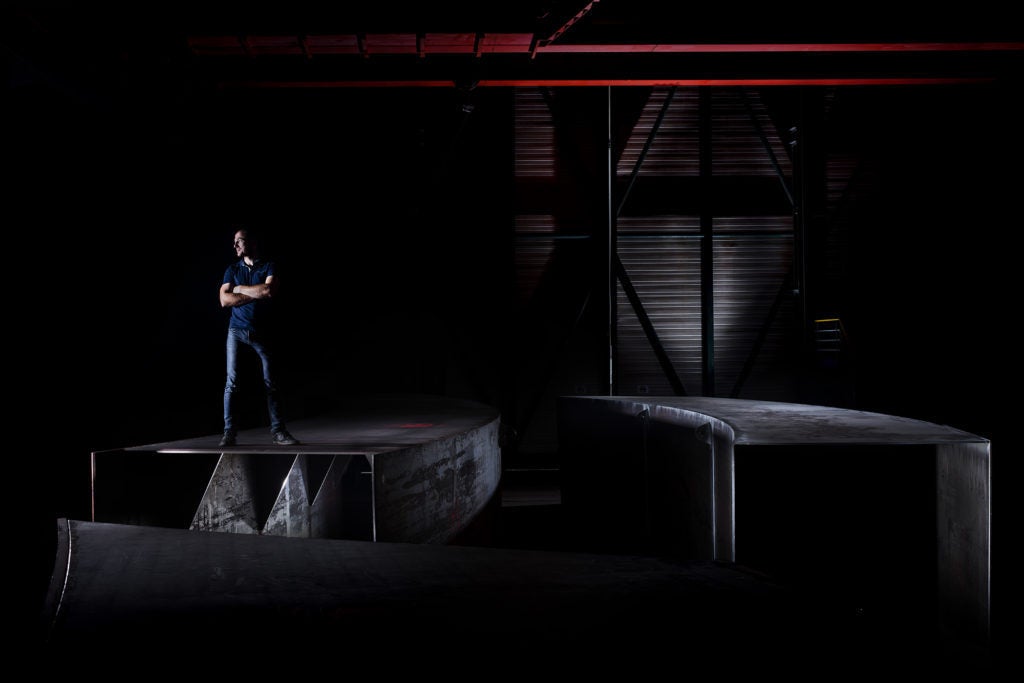 The arcs were built in workshops owned by the John Cockerill Group, whose philanthropic arm funded the project, in the Belgian town of Seraing.

The colossal steel sculpture was designed to give people driving on the highway the impression of driving through the arc.

The sculpture was supposed to be installed along the A6 motorway near the French town of Auxerre, but the project was abandoned in the face of strong local opposition. 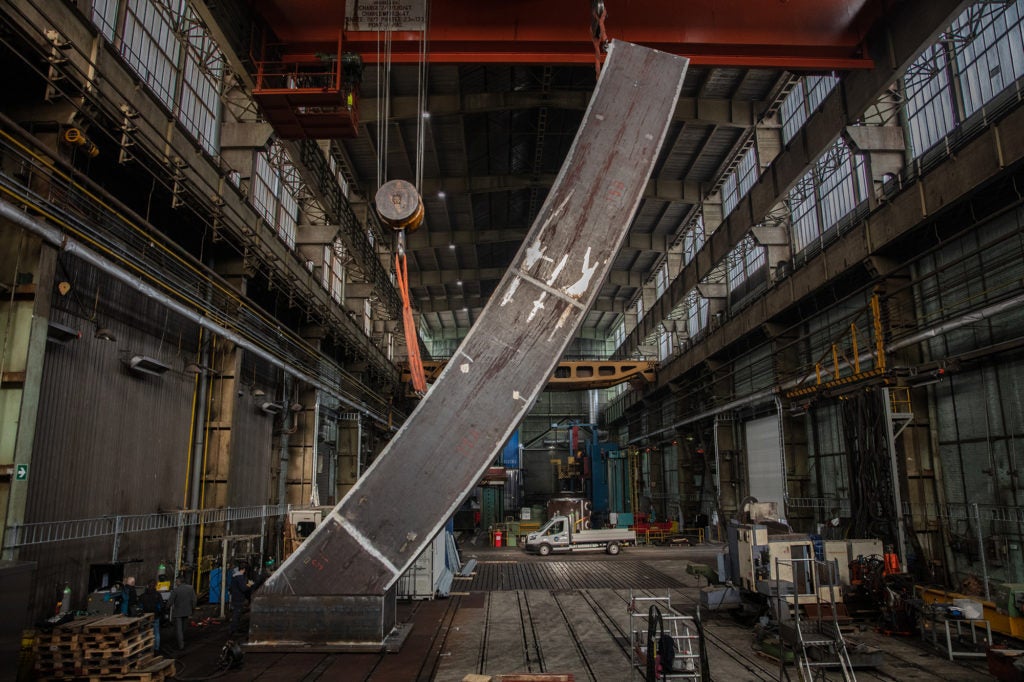 The construction of Bernar Venet’s “Arc Majeur” took place in workshops in the Belgian town of Seraing. Image: Courtesy of Fondation John Cockerill via AFP Relaxnews

He started to incorporate arcs and angles in his compositions in the 1970s, ultimately experimenting with three-dimensionality through dynamic steel sculptures.

His artworks are usually named after their mathematical compositions, referencing the degree of the angle or curve that determines the sculpture’s form. RGA/JB