Rico Blanco returns to Local Music in a Most Epic Fashion, Collaborating with IV of Spades

Without a doubt, July 3, 2019 was a red-letter day to be remembered for decades to come, as the one and only Rico Blanco officially marked his return to the fold, via an explosive first single “Nagbabalik,” which finds the master songwriter collaborating with one of the millennium’s most humongous live acts, IV of Spades.

This definitely comes as a welcome surprise to music fans of all ages, as Blanco – A Filipino music icon who has written and performed a wealth of the most enduring classics in Philippine music history – has since been on a self-imposed hiatus from releasing new material, touring and performing starting around two years ago… Blanco had nothing else to prove, and more importantly, he was happy, grateful and pleased with all that he had accomplished. It was, as the old adage goes, the perfect time to quit: while at the top… the VERY top. 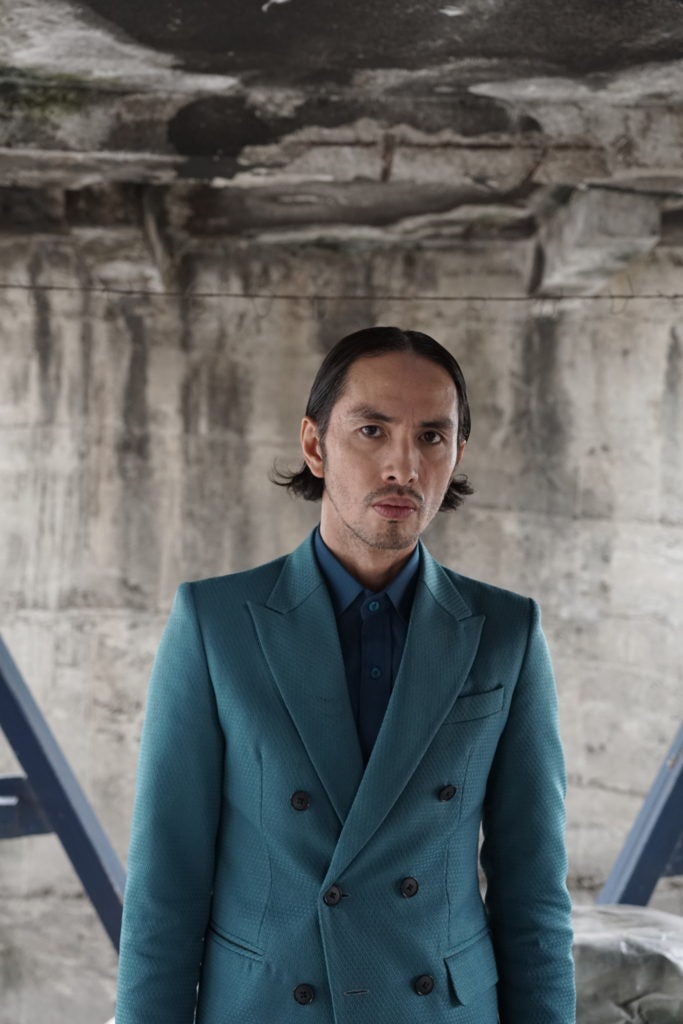 “By the end of 2016, I asked myself ‘when does it really stop?’” recounts Blanco, in what is possibly the first sit-down interview he’s done in a while. “And don’t get me wrong, I was so thankful that the blessings kept coming, but then the question I kept asking myself was ‘when do I get to do those other things I always said I would do?’ So despite being counter-intuitive, on January 1, 2017, I made a decision to choose work that was fun and interesting to me – not work that was part of some strategy or work that would lead to an even bigger plan or goal; I realized I had more than what I needed, and that I found this certain… contentment,” he shares. It was during this downtime that the acclaimed singer/songwriter was able to pursue other passions and goals, with the encouragement of his family: travelling, painting, photography and as far as the closest thing to work was concerned, duties as President of The Filipino Society of Composers, Authors and Publishers, Inc. (FILSCAP).

But just as sure as you can’t keep a good man down, or in Blanco’s case, you can’t keep a great artist destined to reach-for even greater heights, Rico found himself, yet again – achieving the goals he had set, and satisfying his thirst for his non-musical exploits and projects. “It sounds funny, I know,” Blanco chuckles, “but I was able to plant flags into the long-term goals I had set and was able to regain my peace of mind; so while I’m literally waiting for the paint and cement to dry from what I had started to build, I now have this window of time to explore, create and collaborate in music once more.”

In fact, before Blanco’s hiatus, he unknowingly called-it (“prophesized” if you will…) at the time, as he took to Twitter and commended artists like Moira Dela Torre, Kiana and IV of Spades for keeping OPM alive. “But no one excited me as much as IV of Spades – no one,” Blanco claims. “I do love a lot of artists, for sure, but not since the Eraserheads or Bamboo the band… did I feel as excited as a music fan: waiting for each of their next releases, hungry for more, with a desire to play their music over and over again. No one captured my imagination as much as these kids.” 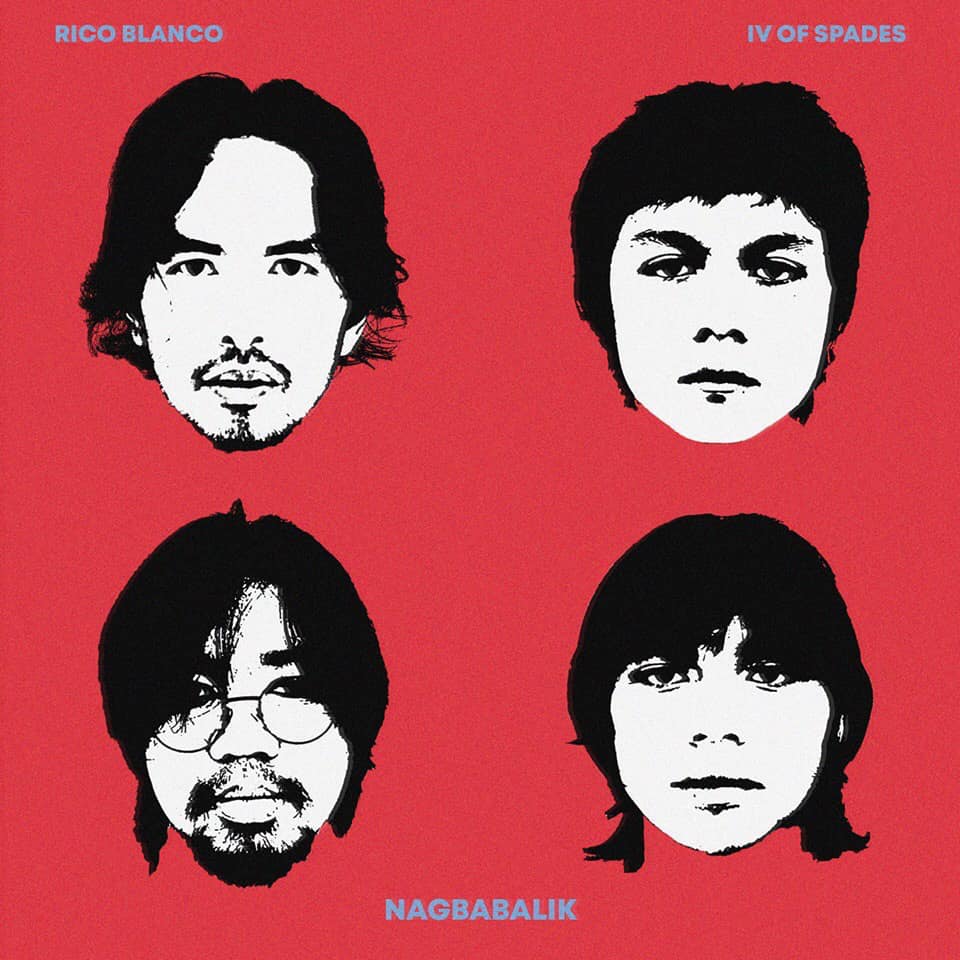 While Blanco was enjoying being a fan, it had turned out IV of Spades were also big fans of his work. And after what started out as an invitation to simply hang out (and other unplanned opportunities wherein both artists would bump-into each other…), did the prospect of playing together pop-up. Blanco realized that he did have a host of younger friends and fans who have yet to see him live, so the proverbial seed was planted… the idea was simple: they would produce and run a show purely for the fans – no fancy title, no unnecessary gimmicks and no other artists, almost in punk-rock DIY fashion… it was the perfect excuse to watch each others’ sets. But then, the collaboration was suggested as the icing on the cake: so fresh, all-new material became the first order of business.

The track – which was written by Blanco and produced by both Blanco and IV of Spades – is sure to light a fire under the collective bottoms of fans and pundits alike, and shake-up the very foundation of great local music, as Blanco’s penchant for humongous, orchestrated melodies and stadium-sized choruses go hand-in-hand with IV of Spades’ knack for capturing the pulse of younger music fans with inventive harmonies, tight and funky grooves and catchy alt-pop hooks. What’s even more exciting is that both sides of the musical spectrum shine in their own right: this isn’t one artist trying to sound like the other, but a successful marriage of two musical styles working harmoniously; seemingly a match-made-in-musical-heaven, brought about by an uncannily-shared common style when it comes to all-out vision, and a fiery focus on furious work ethic and standards.

Blanco is unafraid to offer praise where it’s due: “IV of Spades are amazing studio musicians – at par with all of the top session musicians I’ve had the pleasure of recording with; it’s more than noteworthy to share that we literally recorded everything in just a few hours.” 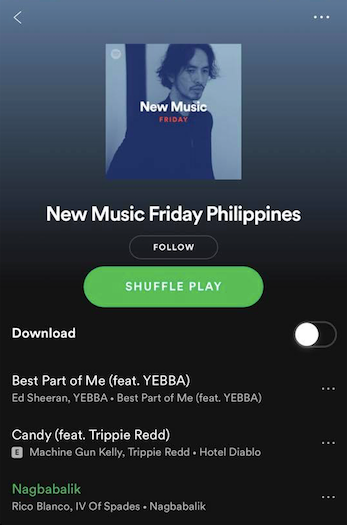 “Nagbabalik” is released under the Balcony Entertainment Label and is now available on Spotify, iTunes, Apple Music and various digital service providers. Consequently, this is exactly a month before Blanco will join IV of Spades in what is gearing up to be the biggest local concert event of the year on August 3rd to be held at the Metrotent Convention Center at the Metrowalk in Pasig City. Already, it’s looking to be a sold-out show, packed to the rafters… It seems, “Nagbabalik” isn’t just a declaration of Blanco’s return to the local music scene, but is also symbolic of the resurgence of local music once again in both the studio and stage.

For more information and updates on the year’s biggest collaboration, keep posted and follow Rico Blanco and IV of Spades sites and social media accounts.

IV of Spades
Nagbabalik
OPM
Rico Blanco
Rico Blanco returns to Local Music in a Most Epic Fashion Collaborating with IV of Spades
INQPOP! Stories we think you might also like: