Ian: in Color, a two-night solo performance at the Music Museum

From child actor to action star to award-winning heartthrob and now, a legitimate concert performer. This is the colorful life of Ian Veneracion.

Just like his love for the outdoors, Stephen Ian Lopez Veneracion takes pride in constantly seeking new adventures to tackle. Facing a crowd and performing his own brand of music may be one of these new adventures, but unknown to a lot, his passion for music goes way back. “Playing music has always been a huge part of my private life, but it’s only recently that I’ve come to realize the possibility of other people enjoying my taste in music… in the way I approach it.”

And just like the multitude of roles he has portrayed in over 3 decades in the industry, he also manages to invoke this diversity when it comes to songs, as he relates, “I try to play songs in a different light, influenced by my own musical tastes.” 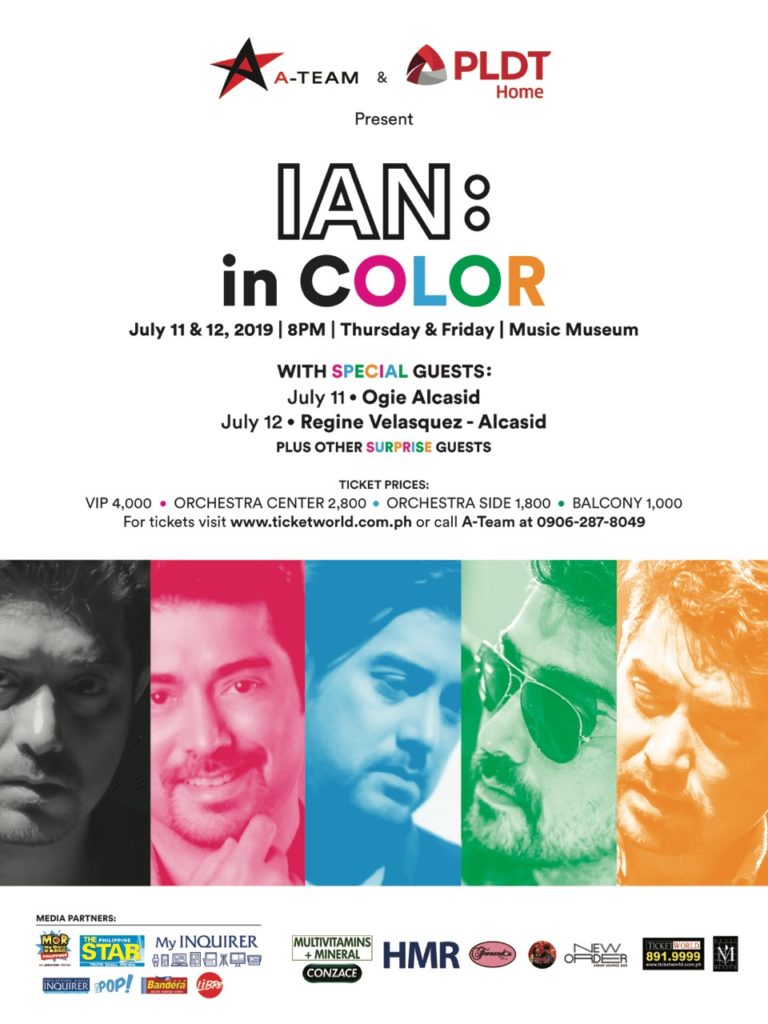 His musical influences include what he terms as “old school” – Sting, U2, Eric Clapton, The Eagles, Peter Frampton and Fra Lippo Lippi to name a few.

And the influence of these music icons is what you will hear and see in his upcoming concert on July 11 and 12, 2019 at the Music Museum entitled “IAN:IN COLOR.” The concert is a tell-all journey of his life, his moods and his thoughts through music. It will paint a picture of what Ian is in real life, baring his dressed down persona.

Unlike his first concert at Resorts World last year, this will have a totally different approach. As he reveals, “Since it will be in Music Museum, it will be more intimate, hence more interactive. Plus, the arrangements of the songs are something I would describe as musically more playful.”

A lot of people are not aware that Ian has released his own compositions on Spotify like “We’re All Alone” and “I’ll Miss You The Most”. Does this mean that he is taking his music more seriously by embarking on a route towards this art form?

He admits that as long as there are people interested in watching his shows, he is open to it, but explains, “But the main point of this new road is a realization that whether in front of a big crowd, or just jamming with friends, I’ve come to terms with the fact that I can’t psychologically survive without music. Just like in other forms of art, music is its own reward. The music bug got me!”