For the second consecutive year, A Spur of the Moment Project is mounting its locally curated “Post-Rock/Math Rock” pocket stage at the Fête de la Musique festival to be held on June 22, 2019, Saturday, at Acceler8 Paseo in Makati City, Philippines. The show kickstarts the series of exclusive events celebrating the label and music events production’s seventh anniversary. 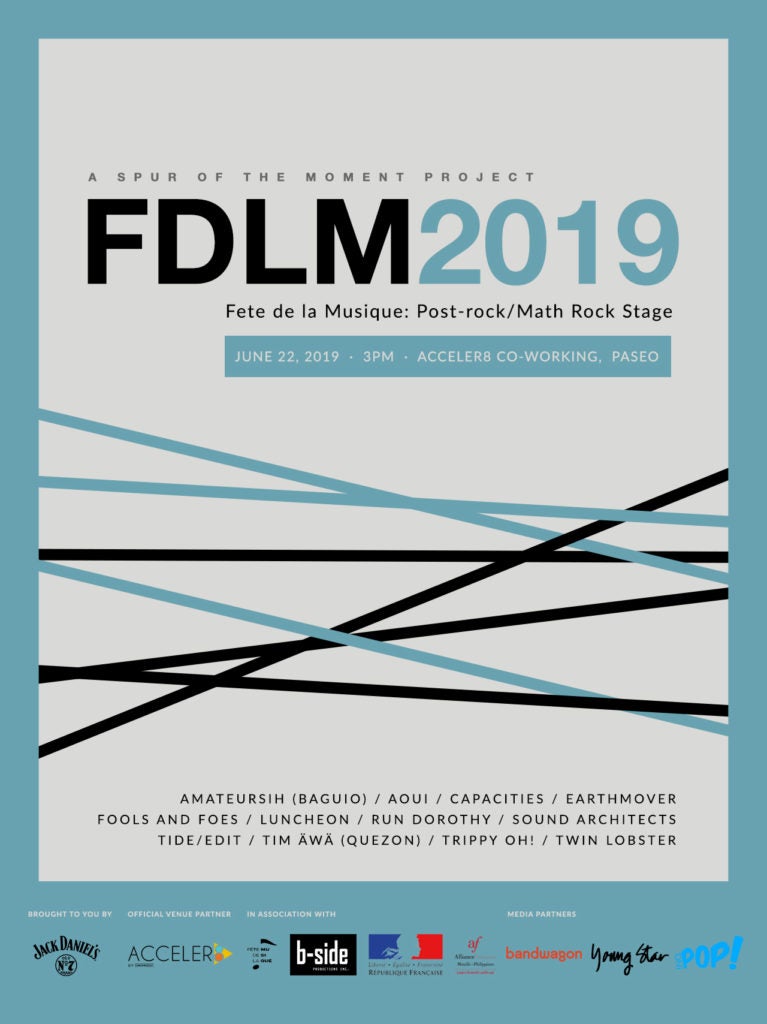 The stage made its debut last year at the same venue, showcasing a growing crop of musicians from different parts of the Philippines, all making the kind of music A Spur of the Moment Project’s roster represents and offers.

The idea of a dedicated stage didn’t materialize until the venue’s representatives reached out to the label last year. According to producer and label manager Li Perez, “It wasn’t until after the [2018] event that I realized the importance of [the stage] being represented in a festival like Fête de la Musique. In my opinion, it’s the only festival locally where music lovers are dedicated to go stage-hopping and check out a genre hoping to discover a new act, or two.”

Li hopes that the stage can provide an avenue to both fans of the music genre and to a new audience alike. “When [the label] started in 2012, there weren’t a lot of people listening to post-rock and math rock but it has slowly grown in the past few years. Nonetheless, I still consider the market very niche,” she said. But the interest and reception have been promising. “Last year, we had around 700 people check out our stage even if it was far from the main area of the festival which really encouraged us to do it again this year,” she adds.

The show starts at 3:00 PM and the entrance is free. The pocket stage is part of the annual multi-genre music festival’s local franchise, in association with Alliance française de Manille, Embassy of France to the Philippines and Micronesia, and B-Side Productions.