The SM Mall of Asia Arena was once again filled with K-Pop ‘stans’ as they celebrated the K-Pop World Music Festival (KWMF) 2019 last Sunday, June 9. The event was headlined by NCT 127 and Red Velvet. It was also hosted by comedian-actor, Ryan Bang.

As K-Pop fans awaited their idols in the arena, they continued to cheer their respective fan chants and wave their lightsticks. Ryan Bang then went onstage to kickstart the event with his signature comedy spiel. The show then proceeded with performances from the K-Pop groups.

Kim Donghan, a former member of the K-Pop group JBJ, performed as a solo artist at the KWMF 2019.  He charmed the crowd with his fascinating performances of “Sunset”, “Goodnight Kiss”, “Record Me”, “Focus”, and “Idea”. During the performance breaks, Kim Donghan shared that it has been an honor for him to perform live onstage for the Filipino K-Pop community as it is was something he really enjoyed. Additionally, he mentioned that he was very happy to receive such a warm welcome from Filipinos.

The 5-member South Korean girl group ELRIS formed by HUNUS Entertainment debuted in June 2017. During their performance, they enchanted fans with their eye-catching visuals and stellar vocals. They opened the night with “Mannequin” and “Spotlight.”

They also enjoyed eating freshly-picked mangoes during their stay here in Manila and they wished to revisit the country soon. They gracefully performed their cheery and zestful tracks “Summer Dream,” “We, First” and “Pow Pow” without Bella, who was injured the night before the concert. They finished off their setlist with “Hurry Up” and their own rendition of Gain’s “Bloom.”

NCT 127 gets the crowd moving considering that they owned “the biggest hit on the stage” that Saturday night. And NCTizens lit up the whole arena with their green-colored lightsticks as they performed electrifying production numbers on stage. This includes “Cherry Bomb”, “Regular” and their newly-released tracks, “Superhuman” and “Simon Says”.

Last but not least is the all-girl South Korean group formed by SM Entertainment, Red Velvet. They opened their stint with the 2017 summer hit, “Red Flavor”– a song which swept ReVeluvs off their feet. This was then followed by the songs “Power Up”, “Moonlight Melody,” and the crowd favorite “Really Bad Boy”. Before going offstage, ReVeluvs teased the group to hold a solo concert here which delighted the girl group.

KWMF 2019 was organized by and DNM Entertainment and ALL ACCESS Productions. /FM 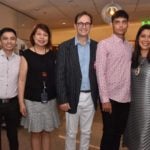 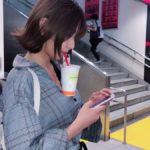