IN PHOTOS: Fans fell in ‘Love Again’ with New Hope Club during their Manila concert

After New Hope Club’s fan meeting in March, the band once again returned to Manila as part of their Asian tour. The one-night show, which was billed as “New Hope Club: Love Again Tour”, happened last June 08, 2019 at the New Frontier Theater in Cubao, Quezon City.

Formed back in 2015, the New Hope Club is a British pop rock trio consists of George Smith (guitar and vocals), Reece Bibby (bass guitar, vocals, and drums) and Blake Richardson (lead vocals and guitar). Since this is a first for the three young members, they will also be performing in Seoul, South Korea, and Bangkok, Thailand.

Before the concert officially started, Richardson expressed how excited he was, “I’m feeling excited because this is the biggest show we’ve ever done. Thankful for everyone who comes to the show. Yeah, it’s gonna be amazing.”

The New Frontier Theater was jam-packed with NHC fans called “The Club.” As usual, fans couldn’t help but sing and dance to the band’s hit song “Crazy” that was followed by “Medicine,” “Karma,” “Start Over Again,” “Water,” “Let Me Down Slow,” “Tiger Feet,” “Permission,” “Fixed,” and “Love Again” where they shared the stage with YouTube star Janina Vela.

Aside from their original songs, they also did covers for The Beatles’ “I Want To Hold Your Hand,” Lauv’s “i’m so tired”, and The Vamps’ “My Life”.

A lot of Filipino fans were surely curious about their upcoming album. So, when they were asked about it, Richardson answered, “The album? Well, we haven’t really thought on any album yet. But we keep writing songs, we wanna write the best songs we possibly can and then eventually when we’ve got enough good songs we put them all in an album.”

And then he went on to say, “We just want the album to be the best song that we can possibly give and I think it’s in the future,” said Richardson.

Although it was just a one-hour show, NHC never failed to amuse their audience with their talent and vibrant energy. And now that it has almost been a week since their last visit here, fans are definitely looking forward to seeing them perform again on Philippine stage. 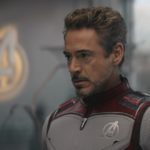 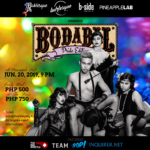