Mayonnaise to stage their first major concert at the Music Museum

One Music’s concert series kicked off in June 2016 with Yeng Constantino, who celebrated her tenth anniversary in the music industry and performed her greatest hits on the One Music stage.

Since then, KZ Tandingan, Janella Salvador, Inigo Pascual, Darren Espanto, Ylona Garcia, The Dawn, and the quartet of Loisa Andalio, Maris Racal, Sue Ramirez, and Kristel Fulgar have followed suit, each coming out with a different set, theme, and special guests. 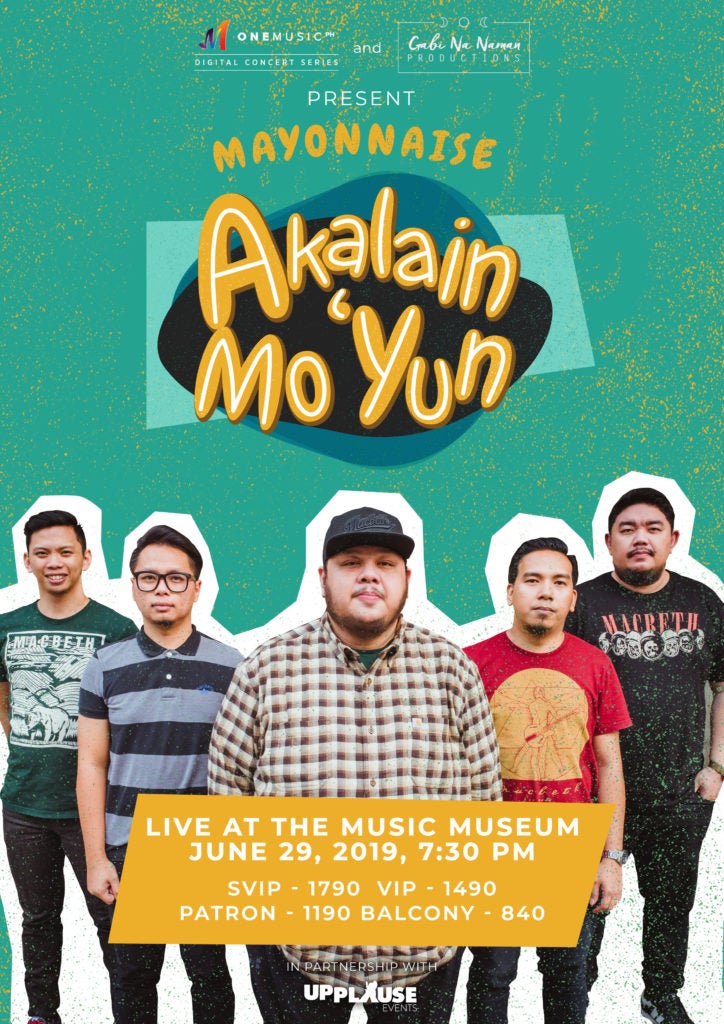 What makes this concert, bigger is it will be co-presented by Gabi Na Naman Productions — the production outfit behind some of the most memorable local concerts for the last 3 years, from Johnoy Danao, Ebe Dancel and Bullet Dumas’ IISA concert at the Kia Theatre to the collaborative show of Aia de Leon, Barbie Almalbis and Kitchie Nadal entitled Secrets.

The band is set to stage Akalain Mo ‘Yun: Mayonnaise Live at the Music Museum on June 29, 2019. Their first major concert will feature exciting collaborations with some of the biggest names in Pinoy rock, as well as special numbers backed by The Manila String Machine.

Fresh off their recently released album, Gusto Ko Lang Kasama Ka Palagi Pero Hindi Pwede and a nationwide tour, the pop-rock icons will culminate their 17th anniversary in the industry with a headliner concert filled with Greatest Hits, rarities and surprises.

Mayonnaise
Mayonnaise to stage their first major concert at the Music Museum
Music Museum
OPM
INQPOP! Stories we think you might also like: