In real-life, Reid was John’s first long-term boyfriend, as well as being his manager for 28, often turbulent, years. “We cast Richard just before Bodyguard came out,” says producer David Furnish. “But when I saw him in that (before release), it was a powerful, riveting performance. He had that smoldering Scottish sexiness about him that just seemed so perfect for the way John Reid is portrayed in this film.” 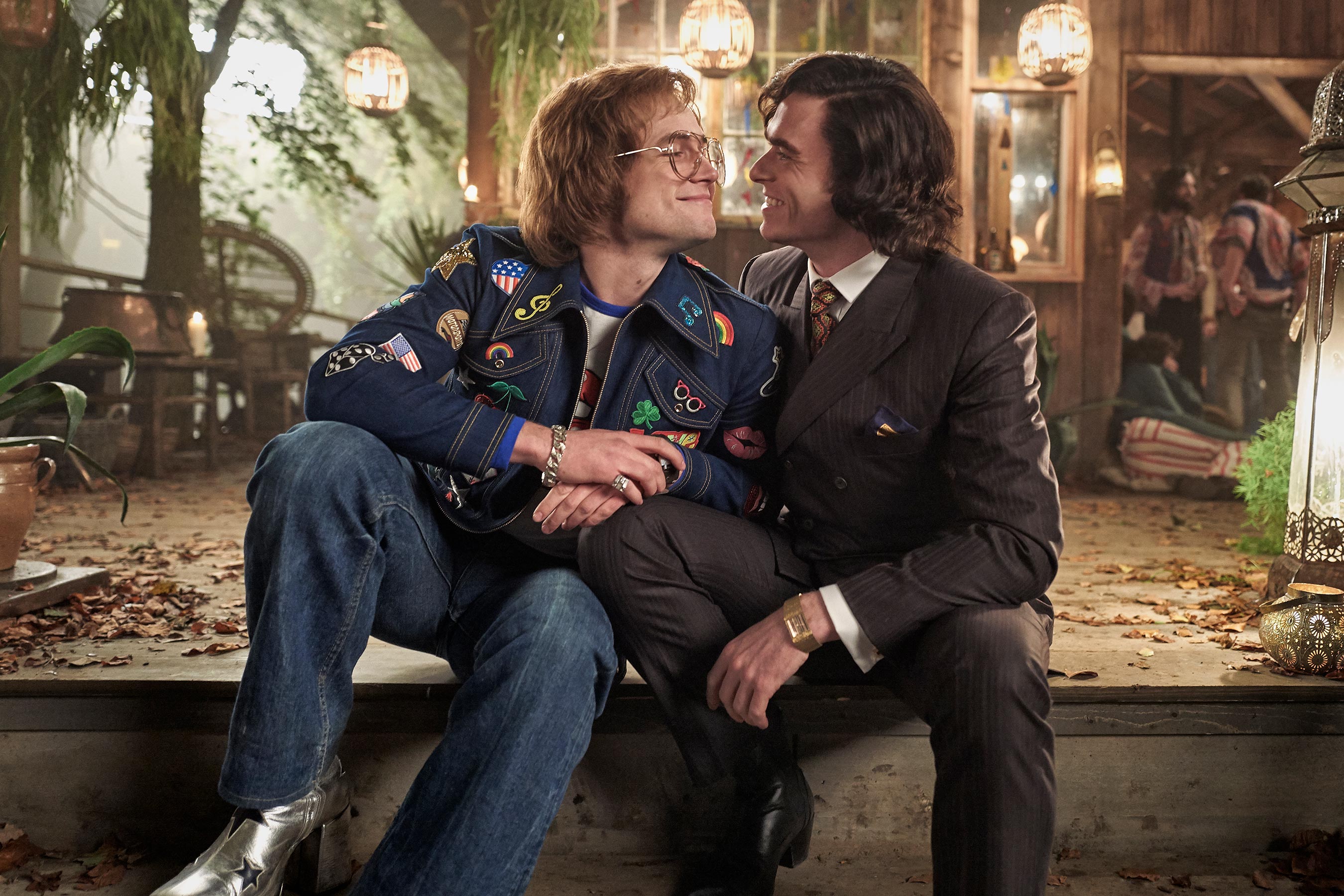 Reid and John (Taron Egerton) first met in London in the late 60s through mutual friends, right before John had made his astonishing debut at LA’s legendary venue, The Troubadour. “It was a genuine spark and a genuine relationship,” says Madden. “And that was important to me, establishing this real relationship between the two of them, because without that it is very easy for John (Reid) to become a pure villain, a bad guy who was there to manipulate Elton. The way I tried to play it was that he’s got huge admiration and respect for him, and he’s bowled over by his talent and ability from the very beginning. That’s where the real spark comes from. As it goes on, it develops into more a of a business relationship and John (Reid) then does become a bit of a villain – at least, that’s how I am playing him in this version of the story. But we wanted it to come from a genuine place to begin with, a genuine intimacy that I hope we were able to capture. Our film interpretation is that John Reid gives Elton a lot of his confidence in terms of being out and being himself and in a relationship with a man.”

Elton John himself shares: “We lucked out with Richard. John Reid was a very strong-willed, very charismatic Scottish man. Richard is a very strong-willed, very charismatic Scottish man. They were born in the same place in Scotland. I am a great believer in kismet and how the universe spins around and throws people into their path. I love Scottish people; they have great charm, which I fell for with John – the sexiness. But there was the brutal side of his Glaswegian personality. In Richard’s performance, he can be tender and a bastard.”

For an actor, this kind of character dichotomy is the reason to get out of bed in the morning, a fact that is not lost on Madden, who reveled in the duality of his personality. “It’s quite difficult trying to pitch John Reid, where to sit him, because the people I’ve spoken to who have known him have a very different view on him,” he says of his research. “Some would say, ‘He’s the most terrifying man you could meet’. And others would say, ‘He is the most fun person. You’d want to be with him on every night out.’ But the running theme through all of them is that he was a very smart businessman. We know from the newspapers the stories of their lawsuits and problems they had later in life and how it ended, but as an actor your instinct is to try to make something beautiful and to be liked. There’s a lot of John Reid that’s not very likeable. It’s really fun to play with that.”

Check out the trailer below: