After 21 years, 90’s Pinoy ska band Put3ska returned with a grand reunion concert at the Music Museum last Friday, to the cheers and wild applause of their local and international fans, some of whom came all the way from the U.S., U.K., Middle East, and other parts of Southeast Asia.

“We dedicate this to all of you, guys. And also to our own children and families who never saw us perform before,” Put3ska’s 2nd generation-vocalist Emlee Nicart said, as she sipped from a bottle of water. She announced the band’s next number, “Home is Calling.”

“Come and look around / And close your eyes and feel it coming / Can you hear the sound? The sound is clear/ Home is calling,” Nicart sang, swaying through its slow, soul-tinged verse. Aware of the lyrics, the audience sang with her.

To the fans, indeed this was their home tonight, as they hollered and skanked to the solid, upbeat rhythms, graceful/playful vocals, and superb horn sections of Put3ska. It’s impossible not to have fun here, as evidenced by the combined crowd of Filipino, British, and American fans pogoing near the stage. A guy called Scott Taba, who seemed like a friend of the band, even joined Nicart for one number.

Truly, no one felt out of place that night, with or without donning the sartorial styles of “rudeboys” and ska lovers. Amid a sea of checkers, suspenders, fedoras, and Doc Martens, everyone’s a family in the House of Put3ska.

“Tara na. Baka maiyak pa ako dito,” Mae Ylagan said, looking teary-eyed as she stared at the crowd in full attendance at the Music Museum. Ylagan is the 3rd generation vocalist of Put3ska who replaced Nicart in 2001. She led two songs from the band’s repertoire, then sang together with Nicart on a staple ska-cover song by the American pop band Spiral Starecase, “I Love You More Today than Yesterday.”

“This is the heavy, heavy monster sound. The nuttiest sound around,” Eldie Siochi, the band’s trumpeter, mimed on the mic. It’s the opening spiel to “One Step Beyond,” the raucous, vaudeville-sounding song of the English ska band Madness. True enough, Put3ska delivered a fun-filled, energetic cover of the song, sending fans skanking on their feet.

Rommel Cruz, UP music professor, the band’s arranger and upright/electric bassist, signaled to the band the start of another song. Then a pause, and amid hoots and cheers of the crowd, Skarlet Brown (also of Brownbeat All-Stars and Skarlet Swing Machine), Put3ska’s original singer, joined the band. Sporting a streak of white hair in her long locks ala Joe Perry of Aerosmith (“Totoo pong puti yan ha!”), the feisty, tattooed-frontwoman sang Soft Cell’s “Tainted Love.” Nicart and Ylagan provided backing vocals, harmonizing their parts beautifully.

The band played masterfully through some of Put3ska’s classics: “Taksil,” “Puso at Kaluluwa,” “My Boy Lollilop,” “Can’t Stop Me Now,” and “What’s in a Spell?” By this time, a total of 14 seasoned musicians were up on stage: Rommel Cruz on bass; Emlee Nicart, Mae Ylgan and Skarlet Brown on vocals; Nomer de los Santos on keyboards; Marvin Flores and Danny Quianzon on trombones; Eldie Siochi (Todo Pasa, Flippin Soul Stompers) and Ruel Cabrera on trumpets; Joey de Guzman (Jeepney Joyride, Skarlet Swing Machine) on tenor sax; Richard Cruz on baritone and alto sax; Arnold Morales (ex-College, Urban Bandits) on guitar; and Rogelio dela Cruz (Urban Bandits) and Brutus Lacano (Brownbeat All Stars, Tropical Depression, Coffee Break Island, ex-Indio I, ex-The Jerks, and countless other bands) on drums. All band members held equal clout – great singers, a steady, solid rhythm section, and tasteful soloists from the horn section. No wonder Put3ska is one of the best Filipino bands, or as Scott Taba put it: “a national treasure.”

Has it been that too long ago, really? “It’s been a journey,” Brown told the crowd of her experience with the band. She introduced a new song from Put3ska’s upcoming album, the sequel to their hit single “Manila Girl.” The new song is called “Manila Boy.”

The band launched into its final song, “Birthday,” then someone brought a cake onstage for Morales. The bespectacled-guitarist, who recently celebrated his birthday, looked surprised as he plucked the candle from the cake to blow out the flame. Beat Bahnhof, The Japanese ska band who opened for the reunion earlier, also joined Put3ska, its drummer subbing for Lacano and dela Cruz. The other Japanese musicians danced with the rest of the spectators.
A crew stood onstage beside the band, waving a checkered flag (symbolizing Two-Tone culture) while Japanese and Philippine flags were at attention on either side. The crowd clamored for an encore, but the band had to rest. It was a good night.

Clearly, the band hasn’t lost its magic. A new album in the pipeline, with hints of more shows? Hopefully, Put3ska is on a rebirth, of sorts. INQPOP/JPD/VT 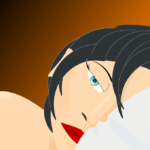 Sleep deprivation may be keeping you from finding ‘The One,’ study says 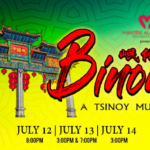