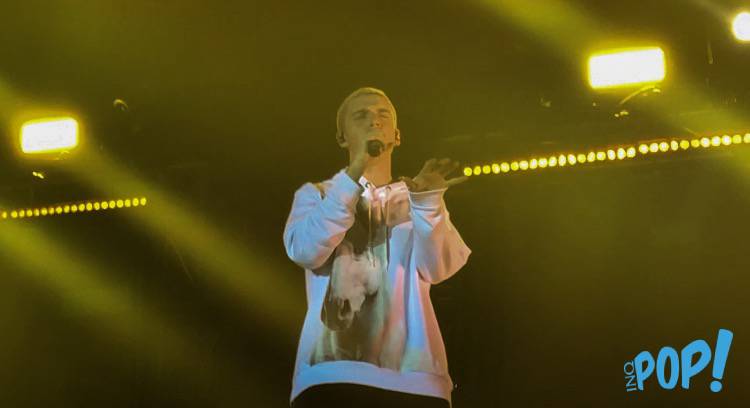 American synth-pop artist LAUV gracefully performed in a jam-packed arena filled with fans, last May 20, 2019, as he headlined his first-ever solo concert in Manila.

Initially, the singer-songwriter and record producer didn’t expect a big turnout for his Manila concert, so he was pleasantly surprised to see the large crowds of people in attendance. He told them, “You know guys, I have the most listeners right here. I cannot take this shit for granted to thank y’all. Love you guys!”

Held at the Smart Araneta Coliseum, the audience went wild as he opened the show with his latest single “Drugs and the Internet.” He then followed this performance by singing “i’m so tired…”, a song he collaborated with Troye Sivan.

Fans then felt a wave of nostalgia as he sang some of his 2015 singles from the Lost in the Light album. This includes “Adrenaline,” “Come Back Home,” “Reforget,” and “The Other.”

After his first set of songs, the lights went out for 10 seconds. When they were turned back on, LAUV was standing at the center of the stage, where he requested everyone to turn on their phone flashlights for the filming of his new “Sad Forever” music video.  LAUV further shared to the audience that their team came up with the idea of shooting this video the night before his sold-out concert in Manila–and it seems like everyone enjoyed the idea.

He returned to the stage to sing his second latest single, “Sims”, which is off his upcoming album, “~how i’m feeling~.”

While wearing a “Barong Tagalog” on stage, LAUV asked the audience to take out a piece of paper and write what’s on their mind at this very moment. He told the crowd, “Sometimes, we feel that we’re not allowed to feel what we feel and I just wanted to say that it’s important to let those feelings go.”

Soon after this message, he started singing “Superhero”, a song that was inspired by a fan’s anonymous note to him. It read, “I met a superhero. I lost her. I want her back”–this placed the crowd in an emotional state. And when it was followed by the song “Never Not,” fans couldn’t help but let out their #feels for the singer’s sentimental performance.

Finally, LAUV requested the crowd to stand up and sing “I Like Me Better” with him one last time before telling them that he has the most listeners in the Philippines. “There has never been a LAUV show in an arena before. This is everything to me. I will never forget this Manila. I love you guys so much,” LAUV said. 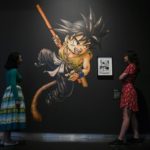 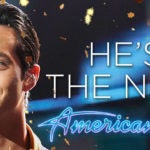