For years, Lasallians have enjoyed the company of its unofficial mascot, Archer – the orange and white cat that roams around the halls and gates of the university campus. However, come March 27, students will have to say goodbye to their feline friend as he is to be housed in another facility.

According to The LaSallian’s report, the cat will be moved into another home where he can get the proper treatment for his medical conditions. But before Archer leaves the premises, he has one more event to attend to, his graduation.

Founding member of the De La Salle University – Professors for the Upliftment for Society’s Animals, Laureen Velasco tells The LaSallian, “The ‘graduation’ angle is really our way of humoring ourselves. This is one adoption that breaks our hearts, but we all understand it’s the better option considering his health.”

Since news of this broke, netizens have taken to social media to express their thoughts on this.

Archer, the famous cat in DLSU, will be in his Furever home due to his health condition ☹😭💔 ang sad….

Although Archer’s relocation might be the best move for his health, we can’t help but empathize with both the university’s alumni and current students’ bittersweet sentiments on his departure. Here’s to hoping you’ll get better in your new home, Archer! 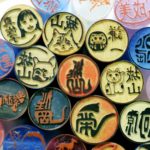 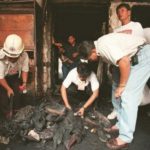