Blame yourself the next time you complain about your cat being grumpy again. A study carried out by animal behavior experts at Nottingham Trent University and the University of Lincoln claimed that there is a link between a cat’s well-being and its owner’s behavior.

Just as how parents affect the personality of their children, the same is also true for cat owners and their pets. So, if felines appear to be gluttonous or neurotic, you can expect their owners to have the same traits.

In fact, a study published in the journal PLOS ONE, involved personality tests on 3,300 cat owners—and the result showed that pedigree cats were more likely to be overweight. But cats don’t just imitate their owners’ negative behavior, the research also indicated a relationship with positive owners’ personality traits.

Danielle Gunn-Moore, Professor of Feline Medicine at Edinburgh University explained that “Cats are a mini-me. They are sentient creatures strongly affected by people around them.”

Dr. Lauren Finka, Postdoctoral researcher in Animal Welfare in Nottingham Trent University’s School of Animal, Rural and Environmental Sciences, and co-author of the study also pointed out that, “Many owners consider their pets as a family member, forming close social bonds with them.”

The human-animal connection is probably one of the purest forms of love. And whether our pets turn out to be loving or grumpy, they will always be part of our family. 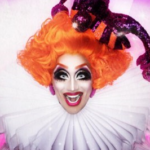 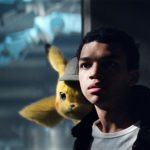