If you’re a dinosaur enthusiast, for sure you have already heard  about this secret (that is not so secret!) from Steven Spielberg’s 1993 classic film “Jurassic Park.” The sound effects used for the velociraptors in the movie were not recordings of enraged animals, but actually, two tortoises having sex. 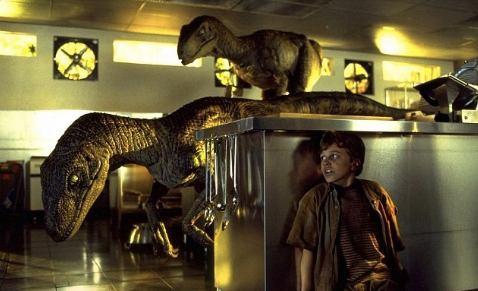 In an interview with Vulture, Gary Rydstrom, the sound designer of the film, said that “If people knew where the sounds in Jurassic Park came from, it’d be rated R!”

Rydstrom was asked to create a bunch of different dinosaur sounds from square one since not even a single living person in this world knows what these humongous creatures would have sounded like. His game plan was to spend months recording animal sounds then modifying the noise to make it sound more real and natural.

So, how did he record these two tortoises mating? The story of how he got the recording is very simple and casual, nothing too funny or upsetting.

“It’s somewhat embarrassing, but when the raptors bark at each other to communicate, it’s a tortoise having sex,” Rydstrom said.

“It’s a mating tortoise! I recorded that at Marine World…the people there said, ‘Would you like to record these two tortoises that are mating?’ It sounded like a joke because tortoises mating can take a long time. You’ve got to have plenty of time to sit around and watch and record them.'”

But tortoises having an “intimate time” together wasn’t the only animal component used to produce raptor noises. Rydstrom also used horse noises, not just for raptors, but also for three to four individual dinosaurs. Hissing sounds that the Raptors made in the film were actually goose noises.

“Birds make pretty raspy sounds, but geese are famous for being the nastiest. You’ve got to get a goose mad and then they hiss at you, and it doesn’t take much to get a goose mad because they seem to get mad at everything,” explained the brilliant sound designer./TV