Stray Kids UNVEIL TOUR ‘I am…’ in Manila

They’re ready to stake their claim for skyrocketing success. STRAY KIDS will conquer the global stage on their first concert tour, with a highly-requested stop in Manila.

Named Rookie Artist of the Year in 2018, Stray Kids are now stepping out of their zones to showcase their supreme talent, which Filipino STAYs will witness at the Stray Kids UNVEIL TOUR ‘I am…’ in Manila. Presented to you by PULP Live World, the show happens on April 27, 2019, Saturday at the Araneta Coliseum, Cubao.

Rising from the 2017 hit Korean reality survival show Stray Kids, Bang Chan, Woojin, Lee Know, Changbin, Hyunjin, Han, Felix, Seungmin, and I.N. have continuously evolved as a unit to become one of the powerhouse groups in KPop today. They are considered newbies in the industry but they immediately garnered a huge international following, with their pre-debut album Mixtape landing at the No. 2 spot on Billboard’s World Album chart. They have also held a grand debut showcase following their launch, also joining the renowned 2018 KCON show in New York. 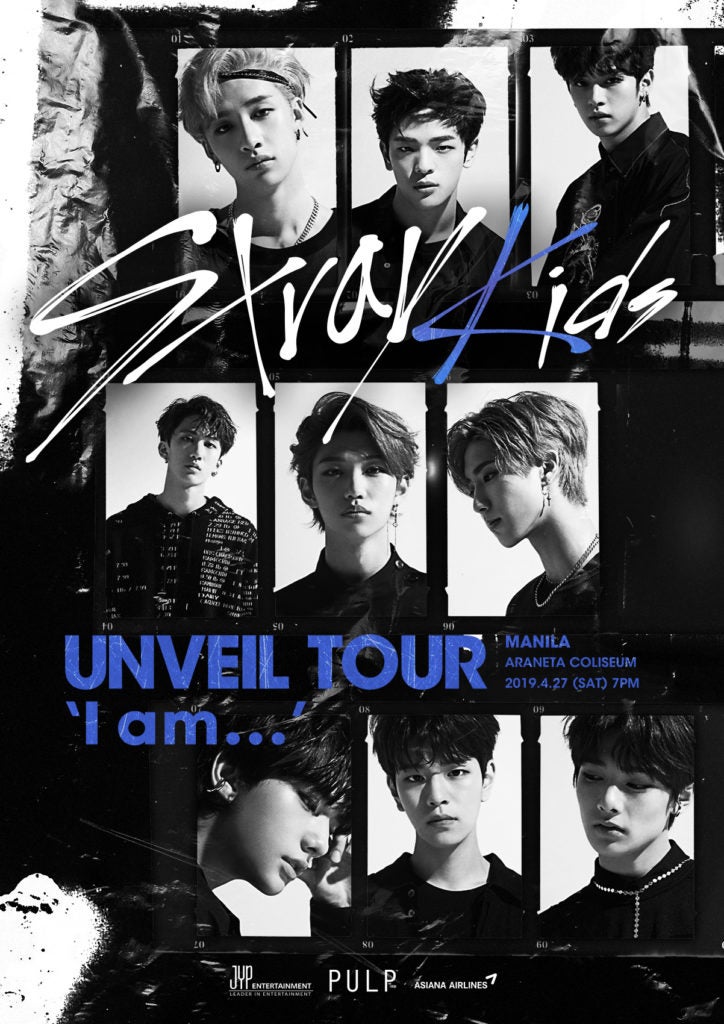 Their televised hardships on Stray Kids, produced by JYP Entertainment and Mnet, built their immense popularity on a global scale. But aside from that, it is their proven talent and passion for entertainment that brought them to where they are now. With a wide range of talent that they vividly showcase through their performances, Stray Kids never fail to amaze their fans with every release. Dubbed as “more than just idols” by various reporters, Stray Kids are indeed a powerful mix of their individual artistry, participating in the composition and choreography of almost all their songs.

Further proving their prowess as the lead KPop idol rookie group of their generation, Stray Kids aim to give their fans passion and energy with every song. More than that, they have embarked on a collective mission to constantly connect with their fans by creating songs that effectively amplifies the feelings of the youth. Their creative discography is proof of this. The group has combined the magic of story-telling and music to create albums that reflects a grand narrative of self-discovery dedicated to fans going through the struggles that come with the years of their youth.

With everything that they have given to each of their shows and performances, Stray Kids are indeed a group deserving of their titles. Just a few years after their debut, awards and recognitions for the group came pouring in. They are heralded as the Best New Male Artists at the 2018 Mnet Asian Music Award, Best New Artist at the 2019 Seoul Music Awards, and Rookie Artist of the Year for their album I Am Not at the 33rd Golden Disc Award. 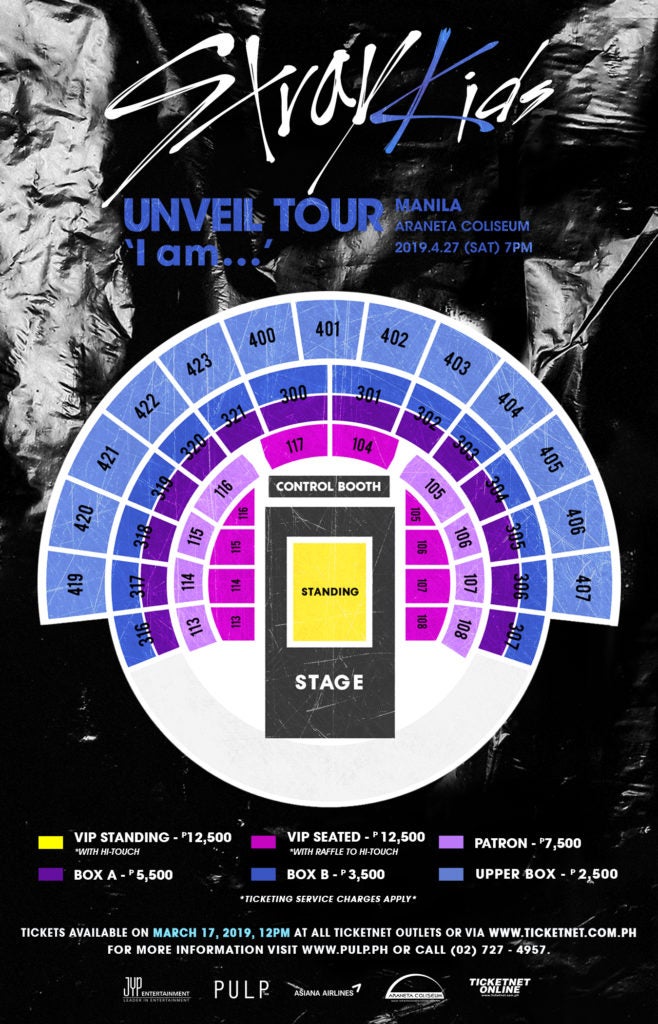 PH STAYs, get ready to feel the heat as Stray Kids make their way to the Philippines for a night of fiery performances. Be part of their explosive tour and party hard with them as JYP Entertainment and PULP Live World present Stray Kids UNVEIL TOUR ‘I am…’ in Manila at the Araneta Coliseum, Cubao on April 27, 2019 (Saturday). The show promptly starts at 7PM.