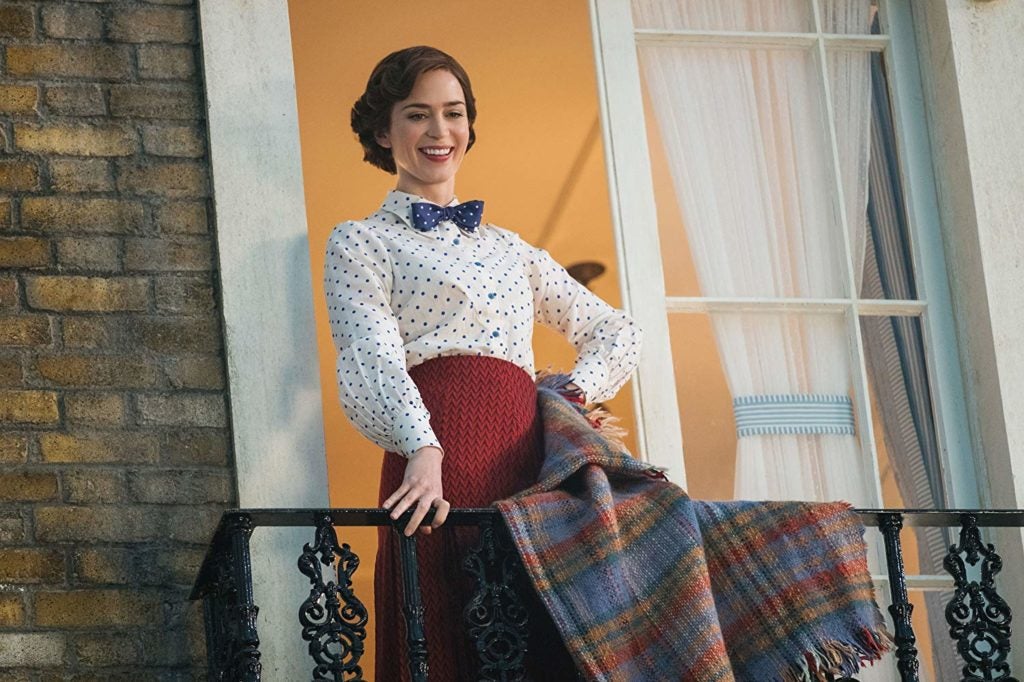 For the role of the iconic, proper, peculiar and enigmatic nanny Mary Poppins in Mary Poppins Returns, the filmmakers had only one person in mind: Emily Blunt.

“Emily is a brilliant actress who is funny, warm, quick-witted and deeply-feeling. She can also really sing and dance,” says the film’s director, Rob Marshall, who had worked with Blunt on Into the Woods. “I get what she does, I get her humor…we’re very simpatico. She created her own version of the character in a very distinctive and special way, which focused more on the eccentric Mary Poppins from the books. I don’t know who else could have played the role besides her, to be quite honest.”

At first, Blunt was flattered and excited to be offered the role, but she felt daunted, too. “[Rob Marshall] presented me the idea of it and he was so excited about it and he really made sure I was aware this was Disney’s most prized possession in many ways, and so he just said, I really want to do it and I only want to do it with you. And I was like, oh my god, like it was just so exciting and flattering and thrilling and scary and everything that I sort of look for in taking on something new.” 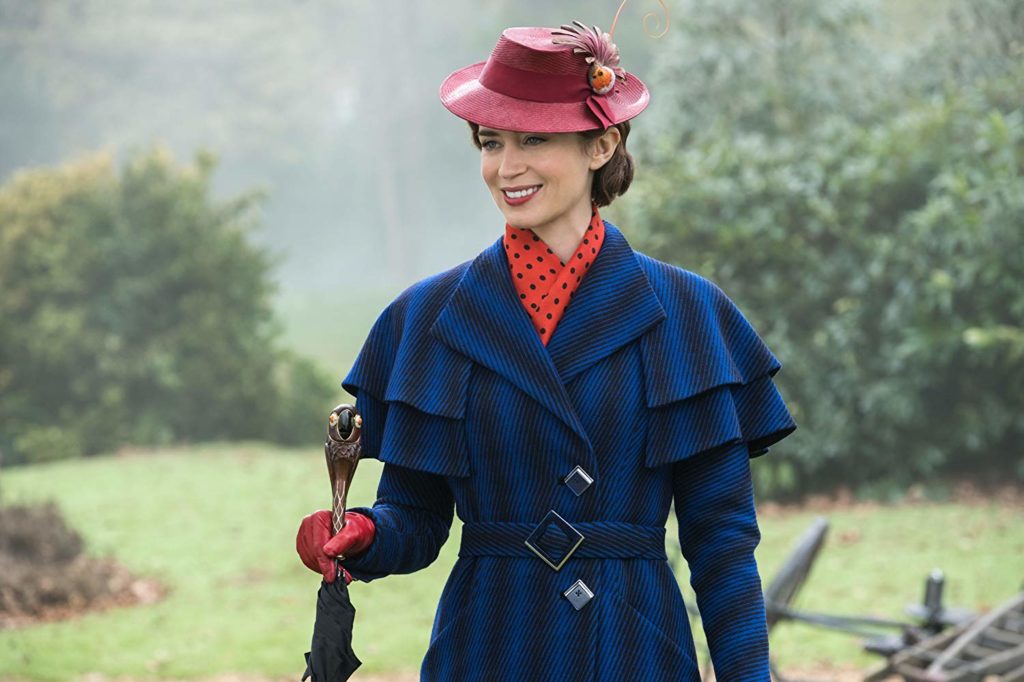 The magic of Mary Poppins

Part of the pressure for Blunt was how to create her own Mary Poppins while paying homage to the original version made iconic by Julie Andrews in the 1964 classic Mary Poppins. I had these memories of [the original film] from when I was a child. More about how it made me feel than the details of Julie’s version of her, so that has always stayed with me. But then I’ve read all of the books, and the books, which are set actually in the ’30s which is when our story is set, have a darker, more profound backdrop, and she just leapt off the page. She is so enigmatic and batty and funny and vain and all of these things that were so delightful to play.” 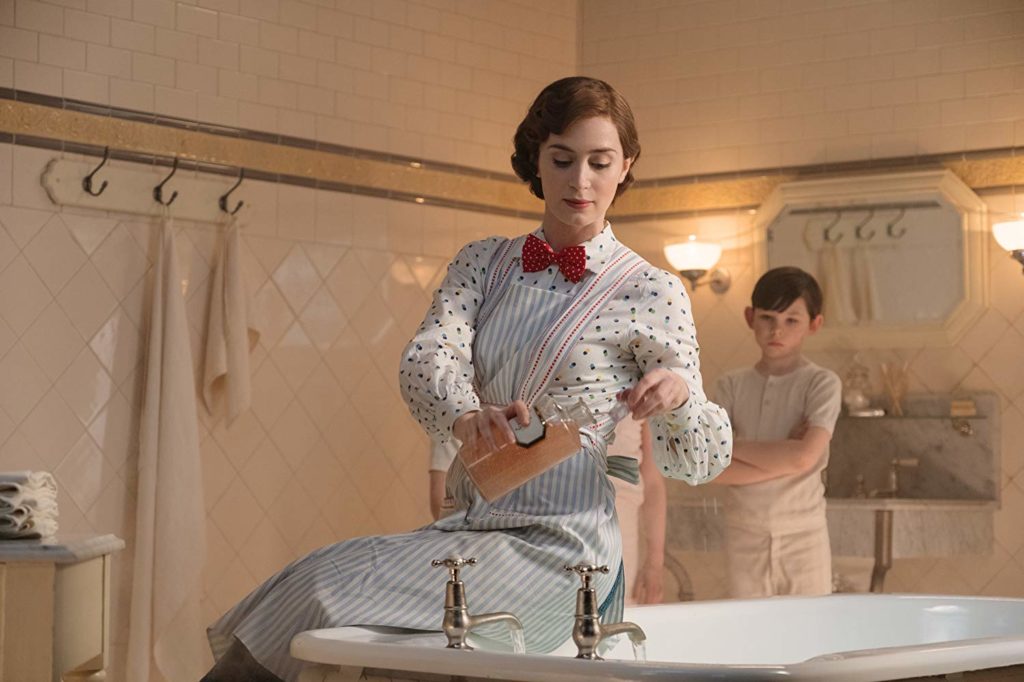 Continues Blunt, “I think we’ve been very careful to pay homage to the original, and yet this is the next chapter and this is my version of her. I do feel that Rob Marshall very much wanted to pay respect to this film that has impacted people in such a big way.”

Blunt saw the original film when she was about six or seven years old. “I was swept away by the magic of it, and of her, and what she could do in turning the mundane into something magical and the kind of joy she infused into these children’s lives. And I think that combination of magic and reassurance has been the thing that is seared into my nostalgia when I think about Mary Poppins.” 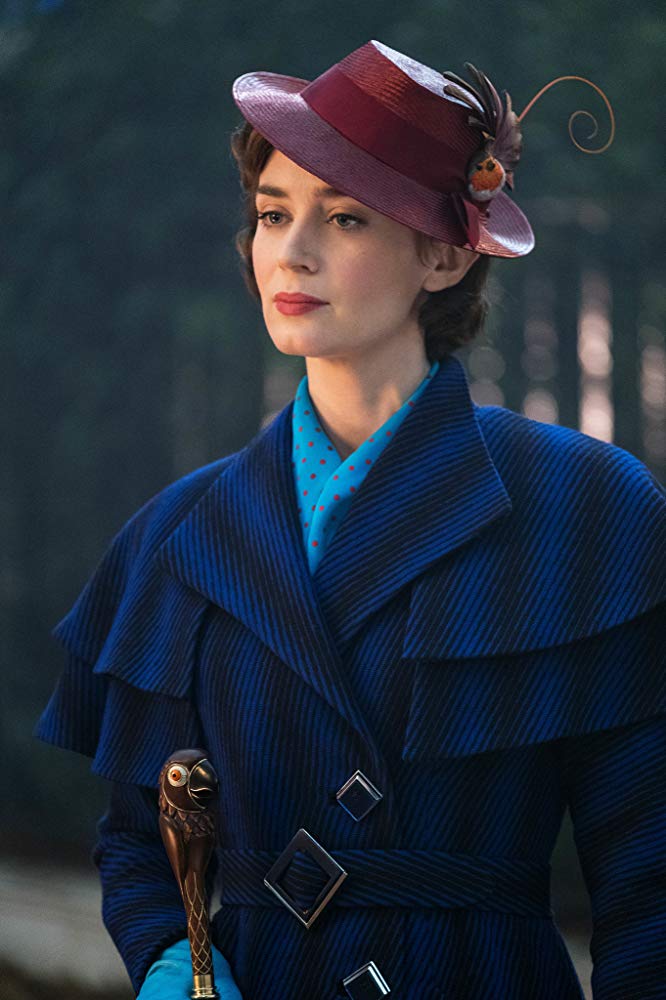 Filming Mary Poppins Returns was itself a magical experience for Blunt, who was amazed by the passion and creativity of everyone involved, including Marshall’s decision that visual effects be practically done as opposed to the more modern way of using computers. “This was a completely, practically done, big Hollywood movie – such a throwback to those old movies where you don’t have a lot of CGI. I think we barely had any green screen other than the animation sequences. And people are on wires, we are floating around on wires, and everything from the parrot umbrella that speaks was an animatronic actual umbrella that is not CGI’d….Every set was so beautifully crafted and real and transporting, and I think it just grounded everybody, you know. We all discovered the magic in it.” 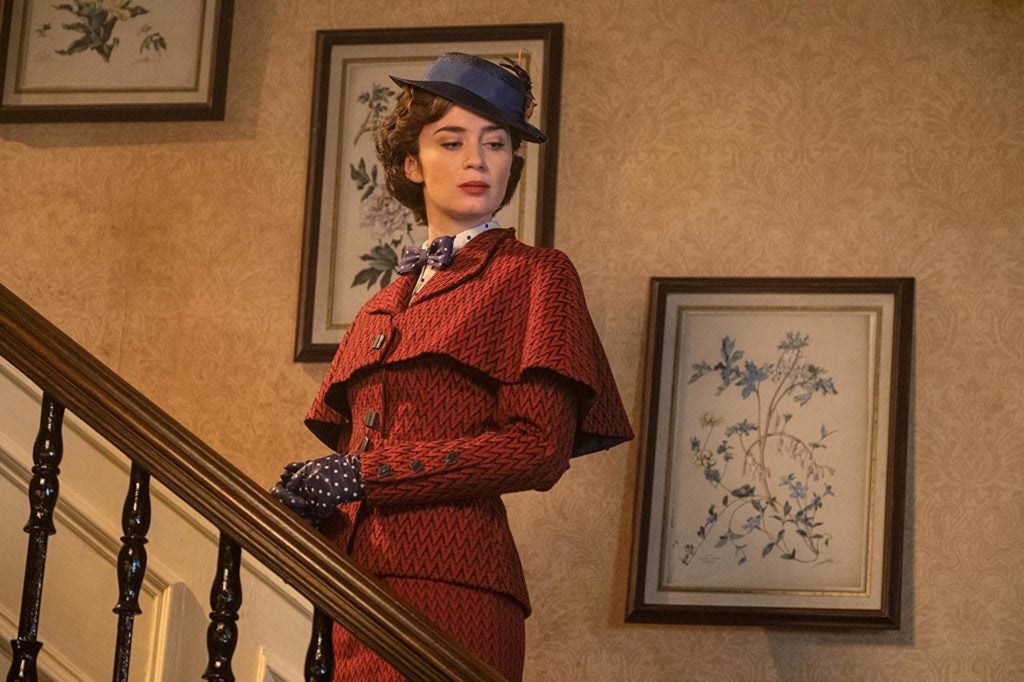 Adds Blunt, “Someone just said to me that Mary Poppins, when it first came out, was the great unifier of the time, and I think that’s probably what we need right now. We are in a fragile, disconcerting time, and I think this is a film that’s completely uncynical and as my husband calls it, it’s like a joy bomb. It’s just so moving, and I don’t think there’s anything else like it out there, and I think people don’t even realize how much they might need an experience like this.”

Mary Poppins Returns opens in Philippine cinemas Tuesday, January 8. Join the conversation online and use the hashtags #MaryPoppinsReturns and #DisneyPH.