Thai actor, Chanon Santinatornkul, who’s known for his breakthrough role in the hit movie “Bad Genius,” was in the country to meet his Filipino fans last November 30 at the SM City North EDSA Skydome.

After his first visit in the country with Bad Genius co-actor Teeradon Supapunpinyo, Chanon was back for his first fan meeting in Manila. His fans couldn’t be more excited for him when he proudly shared that he’s currently shooting a Chinese TV series and two Thai TV series. When asked about his future plans, he said that he wants to be better in singing and dancing.

“Nonkul,” as his fans would call him, serenaded everyone and made the crowd swoon as he sang Ed Sheeran’s “Perfect.” He expressed his gratitude to everyone in the event and said that his “Filipino fans are very cute.”

Fans who were present at the event got the chance to be up close and personal with their idol as they played games, took photos, and even hugged the Thai actor. Attendees also took home special perks from the meet and greet such as posters signed by Chanon, fansigns, photo ops, student kits, and everyone was able to “high touch” him.

Chanon tried different Filipino food such as chicken inasal, sisig, turon, and taho. He recalled eating balut the last time he was here in the country and joked that he doesn’t want to eat balut again.

During the Q&A portion of the show with VJ Ai, he answered “slumbook questions” relating to several photos of him flashed on the screen. When asked what his childhood dream was, he shared that he wanted to try American football and become a professional football player back when he was in US. He said that just like everybody else, he’s also a “nerd” and he loves to read manga.

Chanon said that he hopes that his fans will always be there for him in the future. “I feel so happy and grateful. Please stay with me forever.”

Check out some of the photos and highlights from “Breaktime!” with Chanon Santinatornkul:

Fans play a game where the fastest one to finish a bottle of water will meet and play a game with Nonkul/Chanon later. 😲 #BreaktimeWithChanon pic.twitter.com/Lt4gfoRO6V

We don’t deserve this, he looks perfect. Lol! 😂

Chanon shares that he was really excited when he first read the script of Bad Genius. His favorite scene was when Bank punches James. 😂😂😂 #BreaktimeWithChanon pic.twitter.com/IxrW42Fpge

A fan who won in the Patintero game got to hold Chanon’s hand for 10 seconds!

This game and his lil dance moves tho. 💖✨#BreakTimeWithChanon pic.twitter.com/uiZNWwhnsF

When asked what he thinks about Filipino food, he says it’s “masarap.”

And then somebody from the crowd shouted “mas masarap ka!” LOL 🤣#BreaktimeWithChanon pic.twitter.com/J0kNP8ew4l

.@nonkul_chanon to his Filipino fans: I feel so happy and grateful. Please stay with me forever. #BreaktimeWithChanon

Breaktime! Chanon Santinatornkul Fan Meeting in Manila was brought to fans by CDM Entertainment in partnership with Maxperience Entertainment, Do Concert, and Nadao Bangkok. 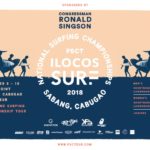 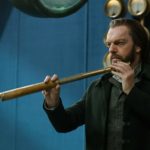