(Editor’s Note: After much consideration, the InqPOP! editorial team has decided to revise the title with the term, “person of color” to accurately reflect the message of the article.)

In a world where almost everyone is of a mixed race and descent, it’s still surprising to see cases of racial discrimination happening today. From ethnic biases in our country to the instances of discrimination worldwide, individuals of a certain group or race have each been subjugated, ridiculed, and humiliated by the way they look and the color of their skin.

Despite these insensitive displays in society, there are a few trailblazers who defied the norm and proved to the world that everyone deserves to be treated equally. Among these inspiring people is Peanuts comics creator, Charles Schulz.

In this Facebook post created by The Jon S. Randal Peace Page, the writer details the lengths Schulz went through to have the character of Franklin published in newspapers.

On July 31, 1968, a young, black man was reading the newspaper when he saw something that he had never seen before. With…

Schulz was reportedly contacted by Los Angeles teacher, Harriet Glickman, who asked the author to add a person of color to his “Peanuts” series. Initially, Schulz was hesitant to create the character.

In these excerpts from the book “Only What’s Necessary: Charles M. Schulz and the Art of Peanuts” by Chip Kidd, you can feel the cartoonist’s apprehension to add the said character into the comics.

BUY: “Only What’s Necessary: Charles M. Schulz and the Art of Peanuts” by Chip Kidd 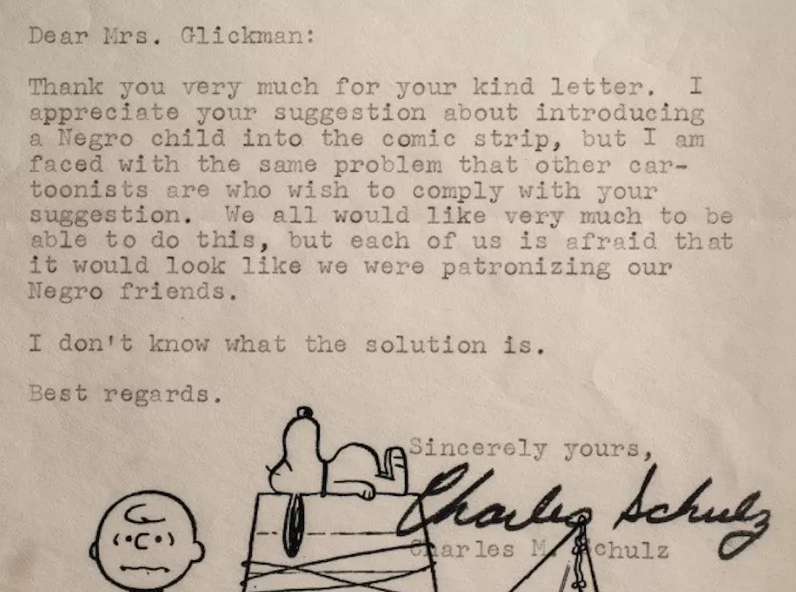 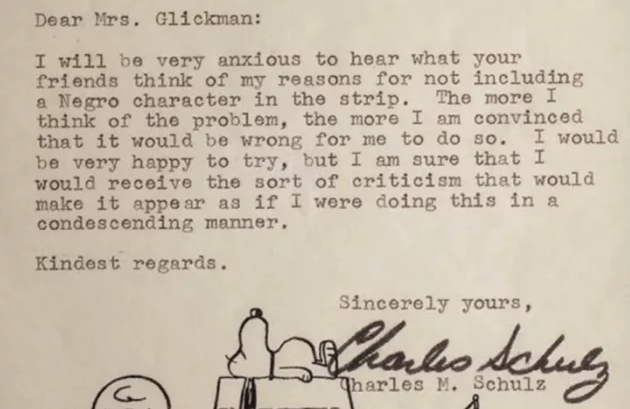 However, a few of Glickman’s pals also reached out to the Peanuts creator. And this letter from Glickman’s friend, Kenneth C. Kelly, convinced Schulz that he was doing the right thing by introducing Franklin to the comics.

Then on July 31, 1968, Franklin debuted as one of the Charlie Brown’s friends in the Peanuts comics.

Much like the other kids, Franklin was fun-loving and sweet. He had a father, who was stationed in Vietnam and he enjoyed playing games with Charlie Brown and his friends. 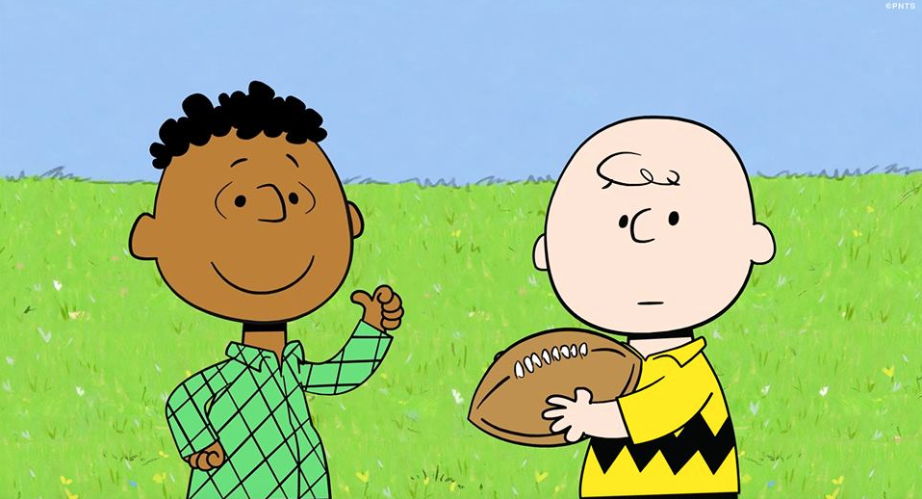 At first, not everyone was keen on accepting Franklin as a member of Charlie Brown’s group. Some editors have even threatened to pull out the comic strip since it was too “controversial” at the time. But Schulz stood his ground and supposedly told one of his editors, “Let’s put it this way: Either you print it just the way I draw it or I quit. How’s that?”

This move could have cost Schulz his job, but he remained certain in his conviction to keep the character. Because of this, people from all over the world can enjoy a comics series that’s centered on an unconditional friendship – one that’s free from racial biases and discrimination.

So, thank you, Charles Schulz! You’ve definitely made the world a better place with your work. ❤