MTV announced that Malaysian hip hop act, Joe Flizzow is the Best Southeast Asia Act winner for the “2018 MTV EMAs”, one of the biggest global annual music events celebrating the hottest artists from around the world. The “2018 MTV EMAs” will air live around the globe from Bilbao Exhibition Centre, Spain.

“I am truly humbled and blessed I had the entire Malaysia supporting me. I hope this win will inspire the younger generation to never stop believing in their dreams and to work hard in trying to achieve their goals. I also want to dedicate this award to my family, my team at Sony Kartel and my manager Yaniz Merican. Thank you for your loyalty and dedication. And of course, the fans for their undying love and support.” – Joe Flizzow. 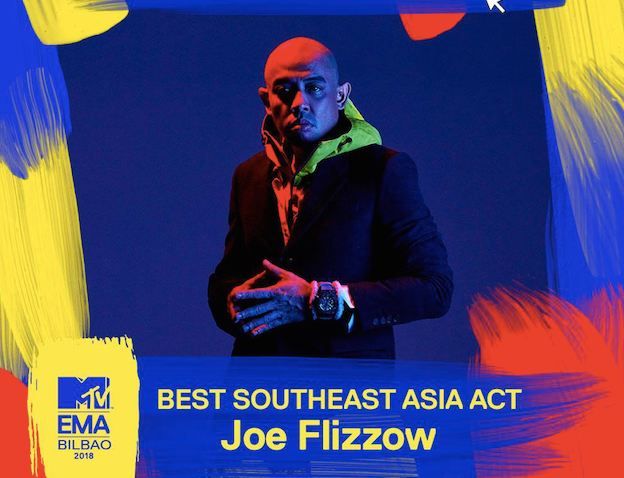 “Congratulations to Joe Flizzow! Clearly his fans have spoken! We’ve been watching his music career grow from strength to strength. Joe’s success is just another example of how we will continue to support and elevate Southeast Asian artists on international platforms,” said Paras Sharma, Senior Vice President and General Manager, Southeast Asia, Viacom International Media Networks.