IN PHOTOS: Sam Smith’s ‘The Thrill Of It All’ one-night concert in Manila

Last October 5, 2018, the British singer-songwriter was in Manila for his “The Thrill Of It All” concert in Mall of Asia Arena, presented by MMI Live.

At the beginning of the show, the Grammy-winning performer said to his Filipino fans: “I’m pretty aware that my music is a little bit depressing sometimes, I know it is. And I didn’t want you guys to feel sad and leave this room feeling down, so we worked so hard on making sure that you guys, leave this room tonight feeling good and feeling happy.”

Clad in powder blue suit, Smith performed one of his famous break-up songs “One Last Song”.

The crowd couldn’t get enough off the upbeat music as Smith turned this one-night show into a concert party! The audience sang along and danced to the rhythm of “Promises”, “Money On My Mind”, “Omen”, and “Restart”.

“Sing this to your ex!” Smith continued to serenade the audience with “Too Good At Goodbyes.”

Wearing his heart on his sleeve, he wrapped up the night with “Palace”, “Stay With Me” and “Pray.”

Smith gave his warmest gratitude to all the Filipino fans who supported and took the time to be with him in this “Thrill Of It All” concert.

IN PHOTOS: The ultimate feels trip with Sam Smith 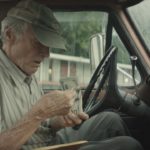 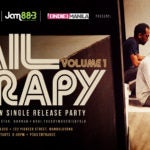 Ciudad performs at 123 Block on October 12 to celebrate the release of new single, ‘Tiny Apartment’