Eight incredible films have been selected by the Film Development Council of the Philippines (FDCP) for the Pista ng Pelikulang Pilipino (PPP), a one-week exclusive screening of films in all theaters nationwide. Catch the films and its stars during the biggest pre-event – the PPP Grand Fans Day and All-Star Parade on August 11 at the Quezon City Memorial Circle from 10 AM onwards, open to the public and free admission.

Now on its second year, PPP showcases quality genre films for its audience and FDCP aims to further maximize this time to holistically conduct a series of events and forms of support for Filipino films, from celebratory fiestas for the public to educational fora and conferences for film industry professionals.

Ang Babaeng Allergic sa WIFI
Genre: Romantic Comedy
Writer: Jun Robles Lana
Director: Jun Robles Lana
Cast: Sue Ramirez, Markus Paterson and Jameson Blake
A girl develops an allergy to Wi-Fi and is forced to live in a remote province, pushing her to reevaluate her relationships and the boy she believes is her one true love.

We Will Not Die Tonight
Genre: High Octane Action-Thriller
Writer: Richard V. Somes and Eloisa Francia
Director: Richard V. Somes
Cast: Erich Gonzales and Alex Medina
Kray is a stuntwoman, an aspiring actress and an all-around racketeer who can’t seem to get a break. A botched deal gone into a total haywire will challenge her principles and skillset.

Paki (Cinema One Originals 2017)
Writer: Giancarlo Abrahan
Director: Giancarlo Abrahan
Starring: Dexter Doria, Eula Valdez, Ricky Davao, Shamaine Buencamino, Paolo Paraiso, Ina Feleo, Noel Trinidad
Paki is a portrait of the modern Filipino family, and follows a 80-year old woman who decides that she will be an old maid. As the woman tries to leave her husband for sixty years, their children forbid their parents to separate to keep their long-lasting bond alive.

Tu Pug Imatuy (Sinag Maynila 2017)
Writer: Arnel Mardoquio
Director: Arnel Barbarona
Starring: Malona Sulatan, Jong Monzon, Luis Georlin Banaag III, Jamee Rivera, Jillian Khayle Barbarona, Henyo Ehem
Tu Pug Imatuy, which means “The right to kill” in Manobo, follows Lumad couple Obunay and Dawin who are uprooted from their traditional way of life after a military encounter. Soon, they find themselves unwilling instruments in the soldiers’ anti-guerilla operations. What will it take for them to reunite with their family? Inspired by actual events, the film tackles the Manobos’ struggles against environment plunder and the militarization of their communities.

Alas-Nuebe ng Tanghali
Directed by: Enalyn Legaspi
Three children were about to change their lives after a police officer caught them inhaling a rugby.

Anonymous Student Vlog
Directed by Christian A. Babista
A young girl accidentally witnessed a crime while filming her vlog.

Bahay-bahayan
Directed by Bryan Spencer Reyes
A young girl who dreams of becoming a mother suddenly becomes one when a baby is left at her doorstep.

Bato Bato Pick
Directed by Ardinian Jaq Sanque and Lorys Plaza
Unwanted pregnancy has caught a young couple in the midst of turmoil.

Isang Tula para sa Nawawala
Directed by Rodemille Singh
A young man finds himself searching for his mother in Hong Kong bringing with him the hope of seeing her again after ten years.

Koleksyong Pamalo
Directed by Len Frago
A boy collects all stuff used by his mother to beat him for disciplinary sanctions.

Masaya ako
Directed by Daniel Edwin Delgado and Tiara Angelica Nicolas
A boy faces many challenges in his life – separation of parents, unfaithful love and bullying. Until when will he keep on smiling?

Runner
Directed by: Levi Jun Miscala
A boy wants to continue his secondary education by becoming an athlete but his inauspicious boss obstructed this aspiration. 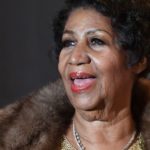 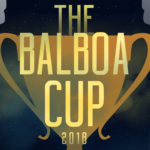