Without a doubt, the Philippines has a long way to go before it can truly be a safe space for the LGBTQ+ community. However, there are still great people out there who choose to be compassionate even if it’s least expected, like these Christian people who attended the Metro Manila Pride Parade.

The Christian group who attended held banners apologizing for the many ways that the Christian people have harmed the community. Some of the signs say: “I’m sorry for hiding behind religion when really I was just scared,” “I’m sorry for judging you,” and “I’m sorry for not listening,” among others. 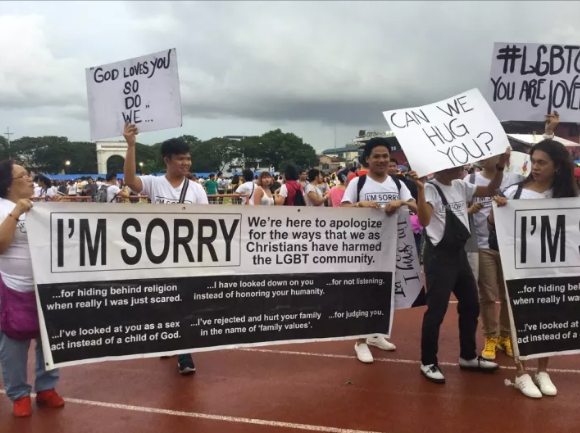 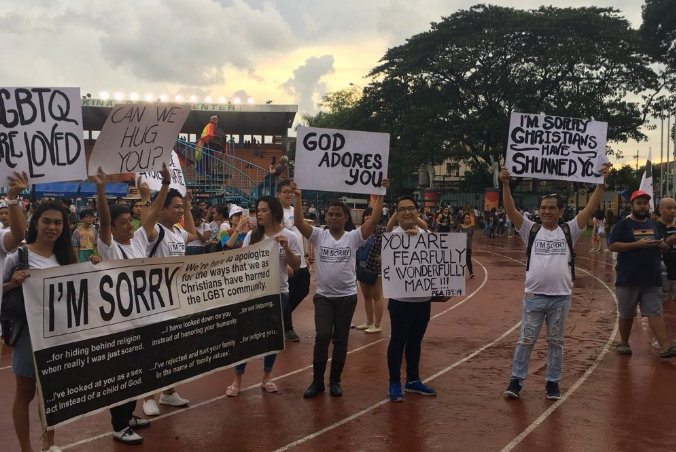 The Christian group is from Church of Freedom in Christ Ministries (FICM), an Evangelical and Pentecostal church based in Makati.

“We are apologizing for the way Christians have hurt the LGBT community, especially by using the Bible in condemning and judging them,” said Val Pamiano, FICM pastor, in a media interview. Pamiano reportedly said that the Christian group have been attending pride marches for four years now for their “I’m Sorry” campaign. 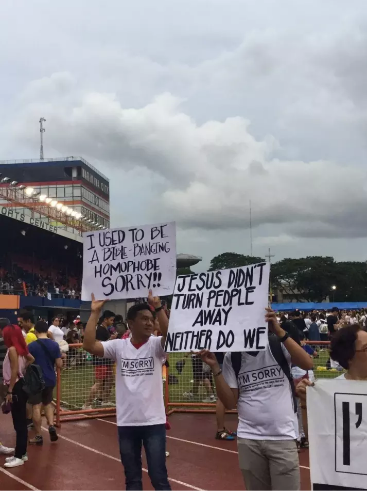 “I used to believe that God condemns homosexuals, but when I studied the scriptures, especially the ones that we call ‘clobber scriptures’ that are being cherry-picked from the Bible to condemn LGBT people, I realized that there’s a lot to discover, including the truth that God is not against anyone,” Pamiano said.

“God does not discriminate against people based on gender.” InqPOP!/Bea Constantino