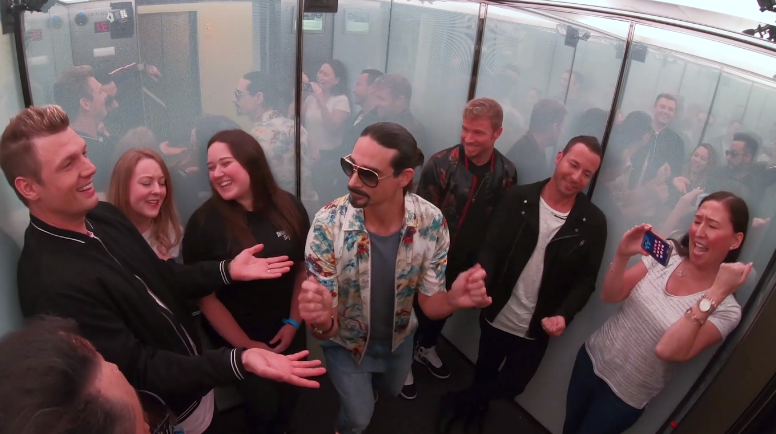 What’s better than a Backstreet Boy sing-along with friends than singing them live with the actual band?

These fans were lucky enough to be surprised by the all-boy band in the office elevators of TRL Studios in New York City. Of course all the MTV employees instantly recognized the legends Kevin Richardson, Howie Dorough, AJ McLean, and Nick Carter!

Why didn’t anyone tell me Backstreet Boys were singing in the elevator??Catch them tomorrow on TRL at 8am ET 🔥

Aside from seeing the band face-to-face, they all sang along with them to classic hits like “As Long as You Love Me,” “Everybody,” and “I Want It That Way.”

One employee even joked, “Sorry, we’re never getting off [this elevator]!”

We wouldn’t too, sister.

Backstreet Boys just released their newest single, “Don’t Go Breaking My Heart,” which is their newest release in nearly five years! Feel free to have your own sing-along:

LOOK: 4 ways you can still rock those ’90s jeans today 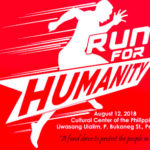 Support the Run for Humanity 2018 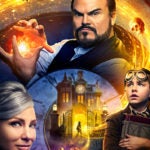 WATCH: Danger is ticks away in new trailer of ‘House with a Clock in Its Walls’