READ: This local youth group came together and made a statement on climate change

Over 150 youth delegates coming from the many islands of the Philippines came together earlier this month and tackled the issue on plastic pollution.

Organized by 2030 Youth Force in the Philippines Inc., the forum entitled “Climate Action Forum: Filipino Youth and Solutions to Plastic Pollution” zeroed in on what are the problems being faced by the world today because of climate change, particularly from the use of plastic materials in our day-to-day lives.

Plastic pollution has been a serious problem in contributing to the worldwide problem of aggravating the effects of climate change.

There have been global calls to end plastic pollution, and even local recognition of the issue, but it’s all a matter of when or how we can actually put an end to it―or at least promote the decreased use of plastics.

Young Environment Forum Executive Director Ludwig Federigan shared during the forum data that clearly shows that there is a need to be wary of how businesses run their operations, or even how individuals must change their lifestyle choice in buying plastic-made products.

“We use over 500 billion plastics a year, that’s approximately six plastics [sic] per person,” Federigan said. “We produced more plastic over the last decade compared to the last century.”

Highlighting daily purchases, Federigan shared that most of the plastic waste comes from single-use products, such as utensils and straws commonly distributed through fast-food chains or restaurants.

“Fifty percent of all plastics used are all single-use.” He continued, “these are not only plastic bags. These are also spoons, cutlery —these are also straws.”

Federigan traced back that the culture of using plastics can be said to have started in 1955, back when it was first introduced as a good tool in making household chores easier to do. The problem however is that it has grown into such a massive scale, that the production has caused detrimental effects both to climate and in other natural resources.

“This is a 1955 issue, [a celebrated] time when plastic became very famous and it can answer in all household chores… and that is the culture that we are living today.”

Before concluding, Federigan also shared a Green Peace video, which shows how the production of a plastic spoon could be connected to the issue of climate change. 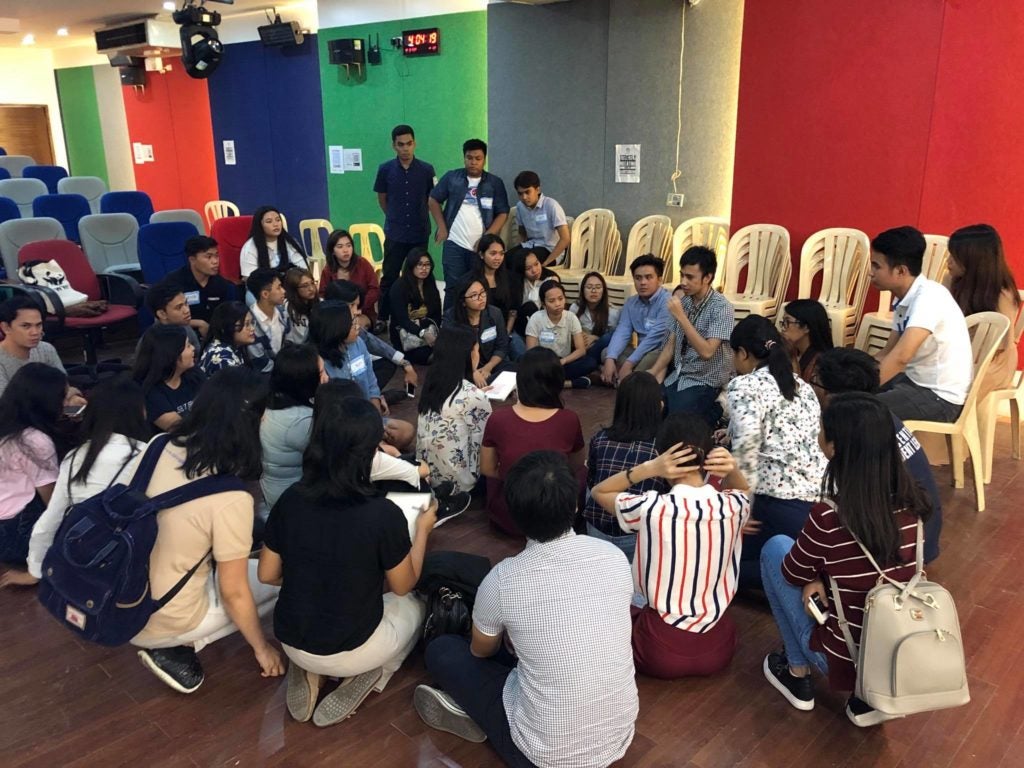 In an interview with the group’s Ambassador for Climate Action Jayson Villagomez, he said that the event was in line with celebrating the World Environment Day, which was held last June 5.

“We celebrate World Environment Day every year. This year’s theme is Beat Plastic Pollution, so we decided to provide a forum centered on plastic pollution and contextualized it in the Philippine setting,” he shared.

“We decided to include the Filipino youth who need to be informed and educated, as they have the drive and energy to beat plastic pollution and make a difference in this worldwide problem.”

The delegates came together on June 16 at the PIA Auditorium in Quezon City to make a Call to Action statement addressed to the government, the private sector, and to civil groups.

“More than 150 participants joined and participated in the event,” Villagomez shared. “Most of the attendees came from Metro Manila, but there are few from Cavite, Rizal, and Laguna. We also had participants from Tarlac, Nueva Ecija, Pampanga, and Quezon.”

The delegates first discussed the issue through open sessions with experts and educators working in the field. In the afternoon, a Call to Action statement was made in a collaborative effort of both youths and experts present at the event.