Weddings are one of the best days a person can ever have in his/her life. But for some, it can be a bittersweet moment—a tragic one even.

A day before her wedding, Danielle Cumberworth experienced the biggest heartbreak in her life as her husband-to-be died a day before they can even say “I do.”

Her fiancé, Ashley Grant-Smith, 27, was diagnosed with terminal cancer and passed away after a two-year battle with a rare form of blood cancer: peripheral T-cell lymphoma.

Two months after Ashley died, Danielle recalled that she went to pick up a parcel she missed being delivered, and to her surprise, it was a gift Ashley got for her before he died.

“I opened it up in the car and it was an engagement ring from Ashley.

It was a total surprise. I didn’t cry, I laughed. He had not told me about it at all. It is a beautiful diamond ring in white gold.”

According to Danielle, the ring took months to get to her because Ashley specifically designed it for her. “I will treasure it forever – and our wedding rings that were never used,” she said.

On the day Ashley passed away, Danielle was out sorting paperworks for their wedding on the next day and missed his final moments. When she got a call from his parents who told her to come back right away, she already knew that he had passed.

“I knew Ashley had had a rough night, but I had to go to get into town to get the go-ahead for the wedding the next day [on October 10].”

“When I got back to this parents’ house he was just lying there. It was awful.”

The couple met while on a holiday in Crete, Greece in 2015. The two instantly became an item and eventually planned to get married.

Ashley had a small lump on the back of his neck and brushed it off as nothing serious. But the lump got bigger and tests showed that it was actually a peripheral T-cell lymphoma. Despite enduring a series of chemotherapy and radiotherapy, the tumor continued to grow and the cancer spread all over his body. And in September 2017, his doctors declared that his cancer was in terminal stage.

Now, excuse us while we deal with these ninjas cutting onions.

This couple’s heartbreaking story is a testament of selfless love 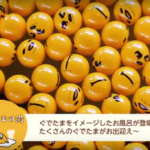 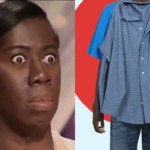 This ‘shirt’ is the craziest we’ve seen so far