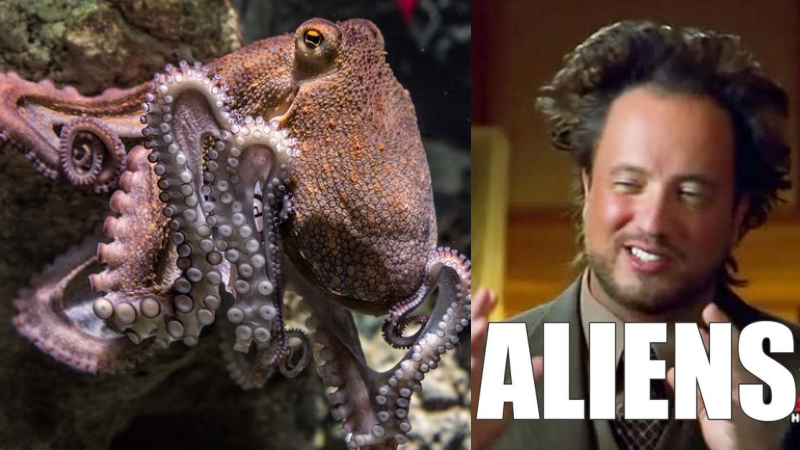 A new paper published in the Progress in Biophysics and Molecular Biology journal resurrects the panspermia theory, which suggests that life was brought to Earth from outer space by life-bearing comets. The paper, which was written by 33 authors from reputable universities and research institutes, further suggests that the complex and intelligent Cephalopods (cuttlefish, squids, and octopuses) of today are living proof of this phenomenon, and could be of alien origin.

Entitled “Cause of Cambrian Explosion – Terrestrial or Cosmic?“, the paper reviews the data and critical analyses assembled by astronomers Fred Hoyle and Chandra Wickramasinghe along with their colleagues starting from the 1960s. The Hoyle-Wickramasinghe thesis of Cometary Biology suggests that life on Earth is the result of extra-terrestrial living matter that rained down on the planet aboard comets and then integrated itself into the genomes of Earth’s earliest creatures.

“Life may have been seeded here on Earth by life-bearing comets as soon as conditions on Earth allowed it to flourish (about or just before 4.1 Billion years ago),” the scientists stated. Further, they believe that “space-resistant” bacteria continued to be delivered to Earth and influenced the development of diverse life.

“Living organisms such as space-resistant and space-hardy bacteria, viruses, more complex eukaryotic cells, fertilised ova and seeds have been continuously delivered ever since to Earth so being one important driver of further terrestrial evolution which has resulted in considerable genetic diversity and which has led to the emergence of mankind.”

Mind-boggling enough for you? Here’s how the paper argues that octopuses and other Cephalopods are living proof of their theory:

“Its large brain and sophisticated nervous system, camera-like eyes, flexible bodies, instantaneous camouflage via the ability to switch colour and shape are just a few of the striking features that appear suddenly on the evolutionary scene. The transformative genes leading from the consensus ancestral Nautilus (e.g. Nautilus pompilius) to the common Cuttlefish (Sepia officinalis) to Squid (Loligo vulgaris) to the common Octopus (Octopus vulgaris,) are not easily to be found in any pre-existing life form.”

After talking about how incredibly diverse and complex the Cephalopods are, the paper suggests that these characteristics cannot be satisfactorily explained by terrestrial evolution. This is where it gets even weirder:

“It is plausible then to suggest they seem to be borrowed from a far distant ‘future’ in terms of terrestrial evolution, or more realistically from the cosmos at large. Such an extraterrestrial origin as an explanation of emergence of course runs counter to the prevailing dominant paradigm.”

The controversial claims of the paper, as previously mentioned, resurrect the panspermia theory. Panspermia, which comes from a Greek word that literally translates to “seeds everywhere,” states that the “seeds” of life exist all over the universe and can be propagated through space from one location to another.

It rejects the mainstream and more commonly accepted theory of Neo-Darwinism, which states that life on Earth evolved through a long process of natural selection. One proponent of panspermia, Francis Crick, even believed that aliens had sent life to our planet when the conditions became conducive to it.

The authors of the paper believe that the Hoyle-Wickramasinghe theory (H-W) is a better answer to the question about the origin of life than Neo-Darwinism.

“The H-W ‘Cosmic’ origins viewpoint…better handles, in our opinion, a wider range of physical, astrophysical, biological and biophysical facts often quite inexplicable, if not contradictory, under the dominant Terrestrial neo-Darwinian paradigm,” they wrote.

The rest of the scientific community, however, is not as convinced as they are.

“This article is useful, calling for attention, and it is worth thinking about,” Karin Moelling, the virologist from the Max Planck Institute Molecular Genetics in Berlin and Institute of Medical Microbiology of Zürich, wrote in a commentary about the paper.

“Yet the main statement about viruses, microbes and even animals coming to us from space, cannot be taken seriously,” she stated.

Plants ‘complain’ when neighbors get too close to them, research finds
Monkey study suggests louder males have smaller balls
Lethally-loud shrimp named after Pink Floyd
Biologist spots a giant crab killing and eating a seabird
Apparently, talking to your pet is a sign of intelligence 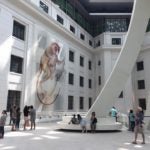 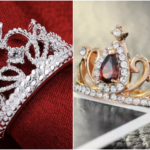