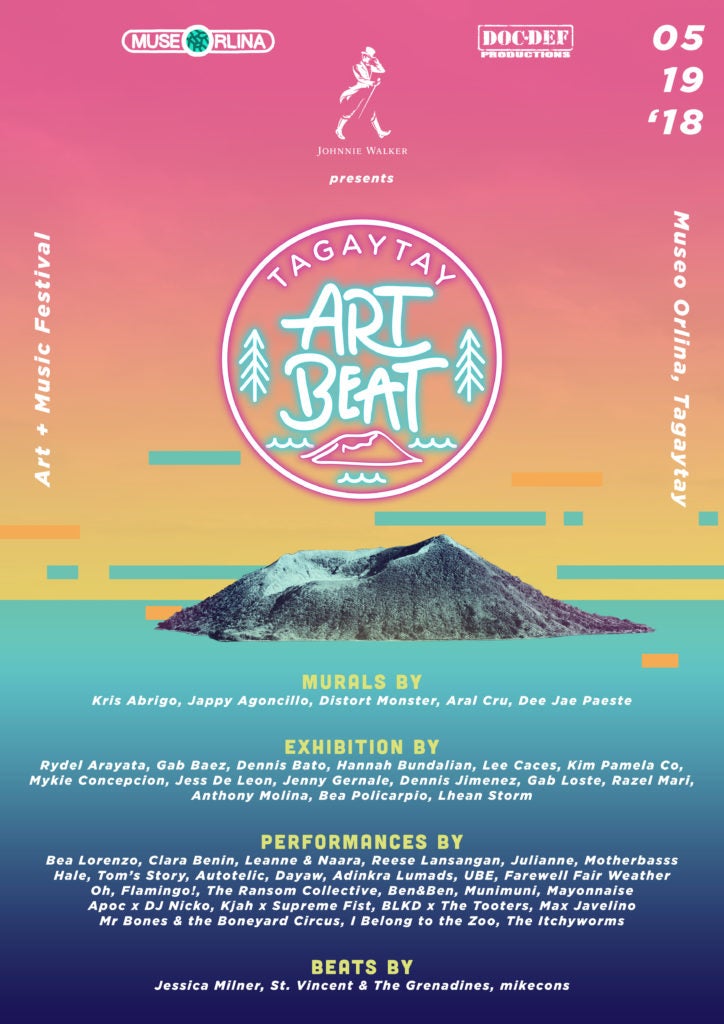 With days before May 19 and their early bird tickets officially sold out, the third edition of Tagaytay Art Beat brings surprises never before seen at Museo Orlina and on the Art Beat stage: a band new to the festival but not to the scene, and a pre-Art Beat show the night before the main show, and the world’s favorite Scotch whisky brand to keep the party going.

Johnnie Walker Presents Tagaytay Art Beat 3
Premium Scotch whisky brand Johnnie Walke​r is joining this summer’s most-awaited, all-local festival. Supporting the idea of bringing art and music together in one festive affair, Johnnie Walker is concocting fun, summer goodness and more sure to make this year’s Art Beat a hell of a party.

Have your fill of your favourite liquid courage, either neat or mixed into a Scotch cocktail, while watching the most sought-after local music acts perform onstage, dancing to the beats of your favourite DJ at the roof deck, or appreciating the masterpieces of up-and-coming contemporary artists as they make art live.

Hale Performs on the Art Beat Stage
It has been customary for Art Beat to invite a band that has been in the scene for years. This year, the Art Beat community welcomes alternative rock band Hale. 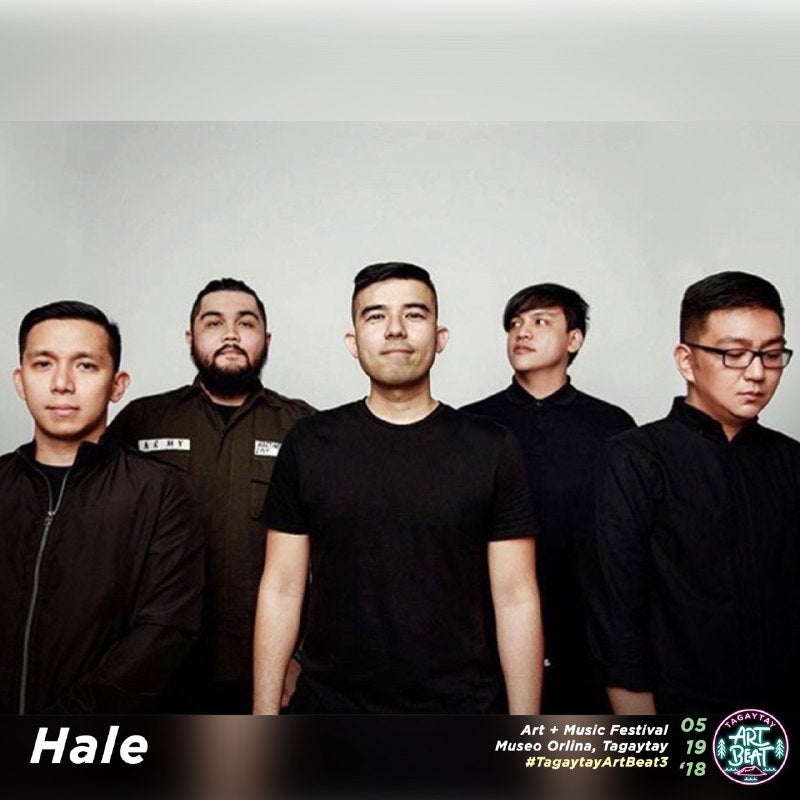 The pre-game is free and open to everyone who wants to join the party! Watch out for more information about this on the Tagaytay Art Beat social media accounts soon.