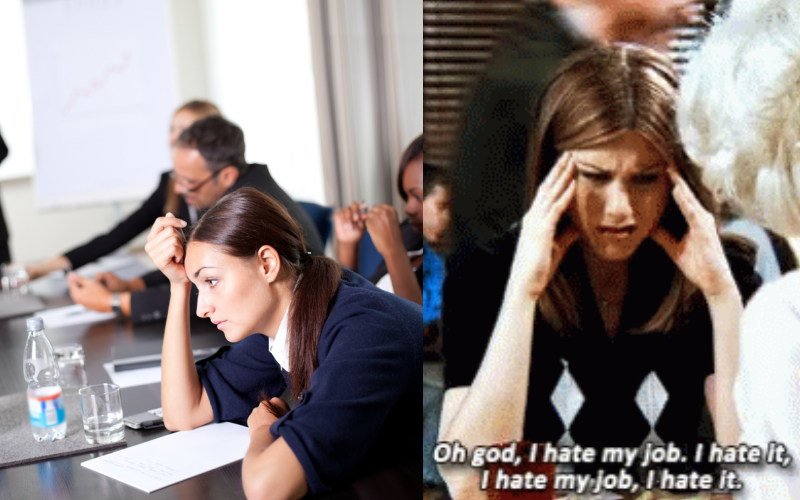 How complaining about work can actually do you some good

Ever had one of those days when you’ve been in the office for barely an hour but you feel like its been 2 days since you last saw the sun?

And as much as you don’t want to burden others with your complaints about the terrible commute, the immense work load, or that one annoying colleague who’s on your last nerve, you just can’t help it. You just have to tell someone about how much it all sucks. But don’t feel too bad about it, because it turns out we all could use the occasional work rant.

A new research from the University of Melbourne suggests that whining about work to a coworker not only helps you work through your problems but also helps you bond with other employees.

Dr. Vanessa Pouthier conducted the study called “Griping and Joking as Identification Rituals and Tools for Engagement in Cross-Boundary Team Meetings” by observing how a group of medical professionals from a large hospital in the USA used humor and complaining to deal with their daily concerns at work. This included physicians, nurses, pharmacists, social workers, and bereavement counselors.

In the group that she observed, Pouthier noticed patterns and common subjects of their joint complaints. These include a) challenging work conditions, b) difficult clients, and c) “outside” professionals who are not part of their team.

While using humor to alleviate stress in the workplace is generally acceptable, complaining is always looked at negatively.

“Generally people don’t think there’s any value to it or they think it has no place in the workplace,” she said.

But like joking among colleagues, sharing gripes about work “positively influence the quality of connections in the workplace.” Pouthier refers to joking and griping as “rituals” or “little ceremonies” that help team members form bonds of mutual affinity and respect, which in turn helps foster team engagement.

“Team members not only externalized their feelings of frustration but also developed a sense of we-ness,” the study states. In other words, complaining about work helps you not only because you are able to vent your feelings—the really important part is that you get other people to empathize with you because they are experiencing something similar.

“One of the best things in the team I observed was that these griping rituals helped doctors and nurses realize they were feeling the same way about situations, and they weren’t that different,” Pouthier explained. “It allows people to recognize how similar they are in the challenges they’re facing every day and how they feel about them.”

It also helps if you are able to laugh at the thing that is stressing you out with other employees, because you are able to generate positive emotions as you work through the problem and it makes you more open-minded. Being open-minded is important in the modern-day work environment because there is often clashing values, goals, and perspectives in one team.

However, Pouthier also found out that there are certain rules you need to follow when you are ranting to a coworker.

“You can only gripe about people that are not in the room, and you need to externalise the gripe. So, the gripe’s target needs to be something everyone can agree on, like the structure in which the team is working, or difficult practitioners working in other services. Never individuals in the team,” she said.

So the next time you’re feeling down at work, try to find someone going through the same thing and talk it out. Maybe have a laugh about your problem, too. 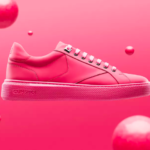 These ‘Gumshoe’ sneakers are made from recycled chewing gum 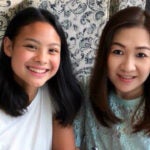