Scientists have discovered that the clouds in the upper atmosphere of Uranus are made up of hydrogen sulphide, the gas that gives rotten eggs their unpleasant smell.

“If an unfortunate human were ever to descend through Uranus’ clouds, they would be met with very unpleasant and odiferous conditions,” Patrick Irwin of Oxford University in England said.

The presence of this gas on the planet has long been speculated—scientists debated whether Uranus’ atmosphere was dominated by ammonia ice or by hydrogen sulfide ice—but a team of researchers were able to confirm it for the first time through observations at the Gemini North telescope in Hawaii.

The new discovery will help us understand the differences in the formation and history of the planets in our solar system. For example, we now know that Uranus’ upper atmosphere is different from that of the inner gas giants Jupiter and Saturn, which both have clouds in the atmosphere made of ammonia ice rather than noxious gas.

On the other hand, the researchers believe that Neptune’s clouds are most likely similar to those of Uranus. The big difference between the clouds of these planets are probably the result of their formation environments: Uranus and Neptune were formed much farther from the sun than Saturn and Jupiter.

“During our solar system’s formation, the balance between nitrogen and sulfur — and hence ammonia and Uranus’s newly detected hydrogen sulfide — was determined by the temperature and location of [a] planet’s formation,”study co-author Leigh Fletcher said.

So, it turns out that Uranus stinks. But the stench is hardly your biggest concern should you ever be plunged into the planet’s atmosphere:

“Suffocation and exposure in the negative 200 degrees Celsius [minus 328 degrees Fahrenheit] atmosphere, made of mostly hydrogen, helium, and methane, would take its toll long before the smell,” Irwin added.

Immigrant dad returns to the bookshop where he learned English to buy his son’s book
8 eye-opening lessons that’ll change your perspective on life
Depressed people talk and express themselves differently, study finds
It turns out Barbie has a surname and the internet had a meltdown
Loving grandpa paints for grandkids everyday despite living countries apart 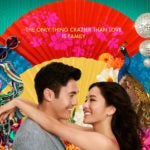 WATCH: It’s love vs family in the first trailer of ‘Crazy Rich Asians’ 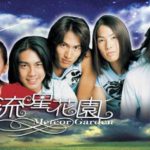