Follow us:
Deric McCage is Charles Wallace Murry in Disney’s A WRINKLE IN TIME. 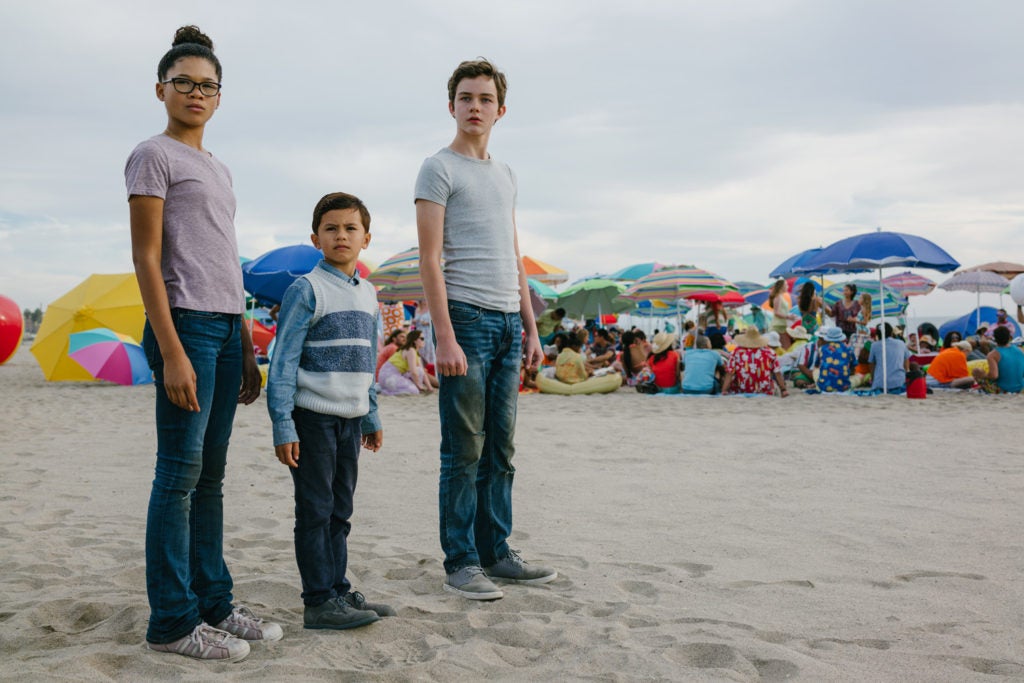 Storm Reid is Meg Murry, Deric McCabe is Charles Wallace Murry and Levi Miller is Calvin O’Keefe in Disney’s A WRINKLE IN TIME.

Don’t look now but Disney’s A Wrinkle in Time boasts of a delightful Filipino connection that’s sure to contribute to Pinoy pride. No less that our very own Filipino-American child actor Deric McCabe plays one of the lead characters in the epic adventure, alongside Oprah Winfrey, Reese Witherspoon and Chris Pine.

In A Wrinkle in Time (opening in Philippine cinemas March 14), McCabe plays Charles Wallace Murry, a precocious child who’s wise beyond his years. Boasting a genius IQ, he is able to sense what others are feeling and holds a special bond with his sister, Meg (Storm Reid). While on the search for his father with Meg and her classmate, Charles Wallace falls prey to the powers of the IT, the same evil presence which is holding his father prisoner.

“Charles Wallace is brilliant, but he is brilliant in a very 5-year-old way,” says screenwriter Jennifer Lee. “He sees the world and all the magic that’s in it and all the potential it holds, but he’s also a kid who isn’t afraid to speak his mind and who can sound a littlle arrogant for his age, which occasionally gets him into trouble. Still, there’s something special about him, and what makes him special also makes him vulnerable, like a lot of people in life.” 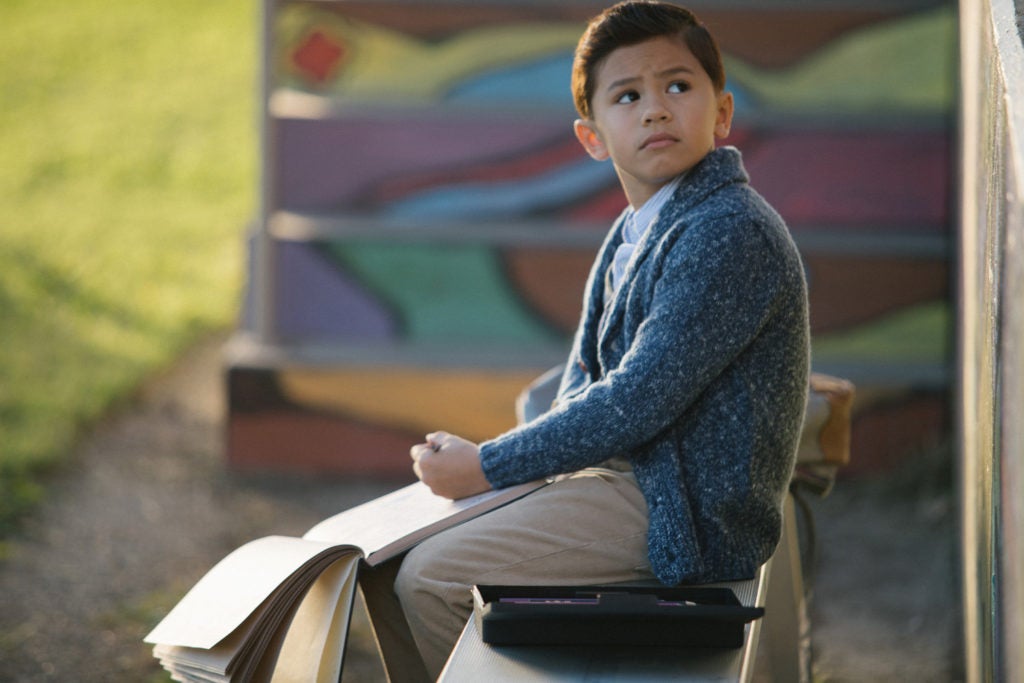 Deric McCage is Charles Wallace Murry in Disney’s A WRINKLE IN TIME.

Director Ava DuVernay narrates how they discovered Deric. “We did a worldwide search for Charles Wallace, you needed a boy who was six years old and could be a sweet boy at the top, and turn into the bad seed and evil at the end. All over the world, we had 19 local casting directors, all reporting to Aisha Coley, my main casting director. Any place where people spoke English we looked, and we ended up finding him in Burbank. He lived by the Ikea, three minutes from Disney. This kid came in, and he is something else. He really is a find. The fact that he was a Filipino-American boy, first Disney was like, how is this going to fit in? And I said, I really want him in the family, this is the boy. So let’s expand the boundaries even more and figure out how he could be in this family. And so we started to play with the idea of can we make this family not only interracial, but also a family with an adopted boy? It made it even more emotional when Meg says I will not leave my brother. Two different journalists today came up to me and said that they burst into tears there because they were adopted and to have someone fight for them in the family like they were blood, really was moving to them.” 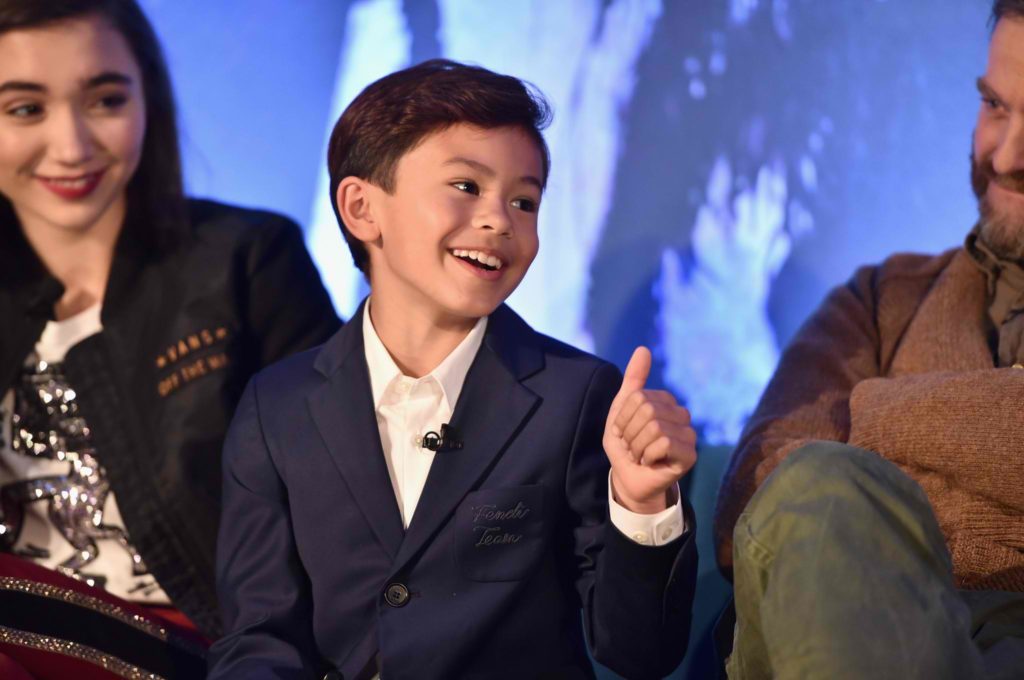 At an early age, Deric McCabe has already established himself as a rising star well beyond his years. Born in Whiteﬁsh, Mont. and raised in Los Angeles, he developed an interest in acting at just 7 years old. Deric is currently a 4th grade student who enjoys hobbies such as choreographing his own dance routines, practicing Taekwondo—as a blue belt—and playing video games.

Based on Madeleine L’Engle’s novel, A Wrinkle in Time is an epic adventure that takes audiences across dimensions of time and space, examining the nature of darkness versus light, good versus evil and, ultimately, the triumph of love. Through one girl’s transformative journey led by three celestial guides, we discover that strength comes from embracing one’s individuality and that the best way to triumph over fear is to travel by one’s own light. 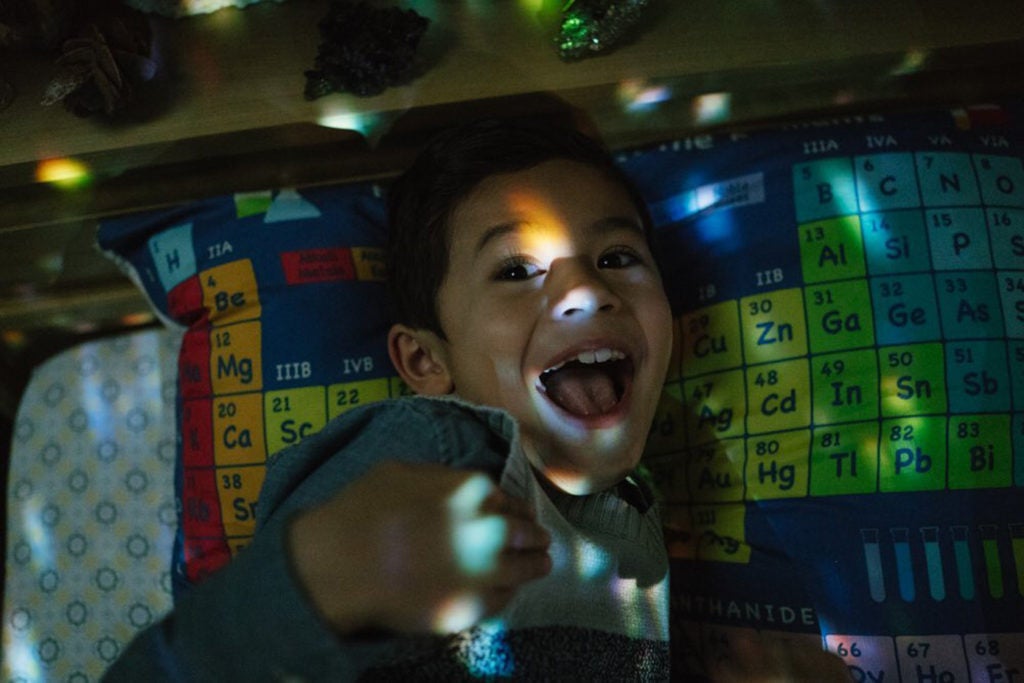 Meg Murry is a typical middle school student struggling with issues of self-worth who just wants to ﬁ t in. The daughter of two world-renowned physicists, she is intelligent and uniquely gi ed, as is her younger brother, Charles Wallace, but Meg has yet to realize it for herself. Complica ng ma ers is the mysterious disappearance of her father four years ago, which has le Meg devastated and her mother heartbroken, and while friends and faculty at school urge her to move on, Meg knows he is s ll alive. Before he vanished, Mr. Murry was tracking events in the cosmos when he discovered tessering, a wrinkling of me and space through which intergalac c travel is possible, but it is s ll an unproven theory, and one the scien ﬁ c community regards with much skep cism.

One night, Charles Wallace, Meg and a fellow classmate, Calvin, meet three otherworldly visitors who have traveled to Earth with an important message for Meg: Her father’s discovery is, in fact, an extraordinary accomplishment, but a darkness has inﬁ ltrated the universe and he is now in grave danger. Together they set oﬀ in search of Mr. Murry with Mrs. Which, Mrs. Who and Mrs. Whatsit as their guides, tessering to worlds beyond their imagina on and confron ng the powerful, evil energy face-to-face. But in order to save her father, Meg must ﬁ rst overcome her own ﬂ aws and insecuri es and harness the strength necessary to defeat the darkness…and it is a journey she must come to on her own.