The Walt Disney Company announced that it will be donating $1 million to the Boys & Girls Clubs of America‘s youth STEM (Science, Technology, Engineering and Math) programs to celebrate the groundbreaking success of Marvel Studios’ “Black Panther.”

The donation will be made in order to support “the high-tech skills that were a major theme in the plot of Black Panther and are essential in helping youth succeed,” the company stated.

“It is thrilling to see how inspired young audiences were by the spectacular technology in the film, so it’s fitting that we show our appreciation by helping advance STEM programs for youth, especially in underserved areas of the country, to give them the knowledge and tools to build the future they want,” said Robert Iger, the Chairman and Chief Executive Officer of the company.

In Black Panther, viewers are introduced to the isolated, technologically-advanced African nation of Wakanda. T’Challa‘s home is also the main source of the vibranium, the metal from which the Black Panther suit and Captain America’s shield are made of. We also meet T’Challa’s younger sister Shuri, a young innovator who is responsible for creating much of Wakanda’s modern technology as well as designing the current Black Panther suit.

Shuri, as played in the movie by Letitia Wright, serves as an inspiration to kids everywhere who have an interest in STEM. In an interview with E!News, Wright said that she hopes to inspire young girls to pursue science.

“It’s a privilege to be able to have such a character that a young girl can look back on, watch this film and be like, ‘Hey, I might want to be a scientist. I want to be in technology’,” she said.

Boys & Girls Clubs of America will use this one-time grant to further develop its existing national STEM curriculum, and establish new STEM Centers of Innovation in 12 communities across the country.

“Thanks to Disney’s support, we can expand our outreach and allow more youth to find their passions and discover STEM careers,” he added.

Black Panther has already earned over $700 million worldwide after only two weeks in the box office. The film has surpassed $100 million in its second weekend in U.S. theaters, becoming only the fourth movie to achieve the feat. It is on track to become Marvel’s most successful solo superhero movie ever. 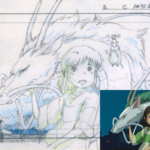 LOOK: These Studio Ghibli blueprints are as superb as the animation 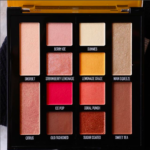 Wake up and smell the coffee: Scented makeup is back!