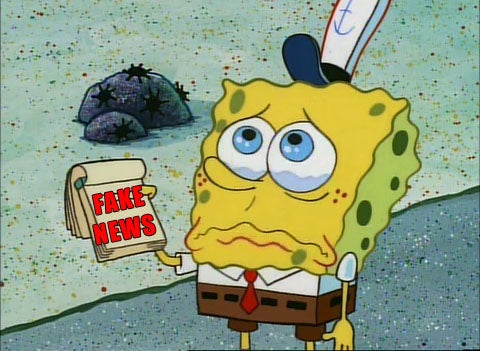 By now you’ve probably seen this post circulating online about SpongeBob SquarePants that’s ruining people’s childhood and breaking so many hearts. Well if you haven’t, here’s the post that says SpongeBob will air its final episode on March 1st of 2018.

People are expressing how much they’ll miss the show — with a lot of crying emojis, GIFS, and sad comments flooding the internet.

Me: *has not watched Spongebob in like 5 years*
Nickelodeon: Spongebob is ending March 1st
Me: pic.twitter.com/RKoKrp5m0Y

Spongebob is ending in March therefore so am I pic.twitter.com/0tAnEK4Wfl

i seriously don't know what i'd do without spongebob

Some are shookt as hell and are in total panic. Remember that scene where all the SpongeBobs are in chaos inside SpongeBob’s brain? Yeah, just like that!

Others are even ready to fight someone!

If this is real, they better put SpongeBob on Netflix or I’m fighting someone pic.twitter.com/EnJPFCZk0Y

But before you even go to your crying corner and start reminiscing how SpongeBob played a huge part on your childhood, here’s a little fact check for those of you who still don’t know the wonders and horrors of this thing called ~*pHoToShOp*~!

You see, it’ll only take you seconds to believe things like these online, leave a comment triggered by your emotions, and share it with your friends until it becomes viral. But just the same, it will only take you a few seconds to verify things and confirm that it is “fake news” — a content that’s only meant to misinform people.

So dry your tears because, yup, that thing is FAKE! The tweet never existed and was just edited.

Idk you guys but the tweet that's going viral regarding the last episode of Spongebob on March 1 is FAKE. F.A.K.E. Fact check, people!!!

In fact, they do this EVERY. DAMN. YEAR.

why is there a rumor about spongebob ending every single year pic.twitter.com/eEuOh12zzW

The official Facebook page of SpongeBob SquarePants dismissed the rumors that the show is being cancelled on March 1. SpongeBob was in fact renewed for its 12th season this 2019.

❗️Breaking News ❗️March 1st is nothing but the first day of March. SpongeBob is NOT being cancelled. Season 12 is coming your way in 2019🍍#SpongeBobForever

Nickelodeon also released a statement about the issue and said that SpongeBob will celebrate its 20th anniversary next year, and that it even has its own broadway show!

#BreakingNews New episodes of @SpongeBob coming your way! The hit series has been renewed through season 12, celebrates its 20th anniversary next year, and even has its own Broadway show! 💛 #spongebobforever pic.twitter.com/oBWPQY3U0U

It’s 2018, and we still need to remind ourselves that we shouldn’t believe everything we see on the internet? Seriously, those who still make up fake things just to go viral online, y’all are *dolphin noises*!

WATCH: SpongeBob SquarePants characters come to life in this broadway adaptation of the hit cartoon series
SpongeBob Squarepants creator spills that he has been diagnosed with ALS
Apparently, Krabby Patty’s secret formula is a “secret” for the most disturbing reason
Students get a taste of their own medicine after being caught studying for a different subject in class
‘Anna’s Online Store’ is the ‘honest’ and no chill online seller we didn’t know we need 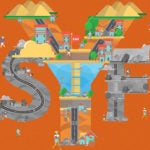 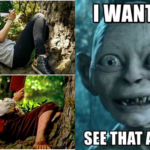