Follow us:
Patricia Arquette who won "Best Supporting Actress" in 2015, made a moving and passionate speech calling for gender equality. Image: AFP/Robyn BECK

WATCH: 5 women who made Oscars history

The 90th Academy Awards honoring the best films of 2017 will be held Sunday, March 4. Women are expected to take center stage at this edition following the various harassment and discrimination scandals currently shaking up Hollywood, notably since the Weinstein revelations broke. 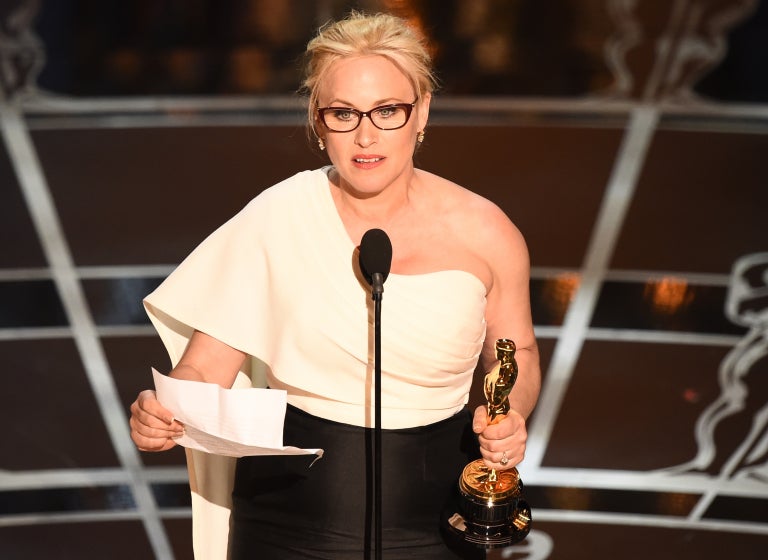 Here are five women who have made their mark on Oscars history since the prestigious United States movie industry awards began in 1929.

Jane Fonda
In 1979, the actress known for her stance against the Vietnam War, won her second Oscar for “Coming Home”, a movie about the trauma experienced by U.S. soldiers returning home. When accepting the award, Jane Fonda used sign language in her speech.

Kathryn Bigelow
In 2010, Kathryn Bigelow made Oscars history as the first woman to win the Academy Award for “Best Director” for “The Hurt Locker”. “Well, the time has come,” announced Barbra Streisand as she opened the envelope to reveal the winner’s name.

Patricia Arquette
The actress moved the Oscars audience in 2015 with a passionate speech in favor of equality between men and women in the U.S. when accepting “Best Supporting Actress” for her performance in Richard Linklater’s “Boyhood”.