Parents sometimes name their unborn child after all sorts of things and people. Be it their favorite celebrity, a character from a TV series they’ve loved for so long, or any random person’s name they could think of.

Like a notable character from one of our favorite animes.

Carlos Sanchez, a soon-to-be-father and a Dragon Ball super fan, wanted to name his son after Super Saiyan “Goku” so his wife made him a deal. He shared a photo of himself on Facebook, holding a sign that says: “My wife said if I get 1 [million likes] I can name our son Goku” and asked people on the internet to help him.

Netizens, being the always supportive and enabler of all weird things on the internet, came through and helped the guy in his quest to name his son after Goku. In less than 24 hours, his photo got over 1 million likes. And yes, it’s safe to say he was kamehame-happy about it.

Sanchez thanked everyone for their support and expressed that he never expected his post would be viral.

Never in a million year I would of thought this pic would go viral like it has. I was just thinking maybe a couple …

He couldn’t contain his excitement so he even made a Facebook page to update people about the birth of their son, Goku. He celebrated his victory in a video with his wife looking defeated while holding a sign that reads: “I’m keeping my word. Our son’s name will be Goku Sanchez.”

So couldn't get her reaction on video so we made this video. Thanks everyone for the likes and support!! Can't wait to show goku all the likes he got one day!!

We’re hoping baby Goku Sanchez will grow up to be as strong (and healthy) like Super Saiyan Goku! 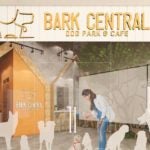 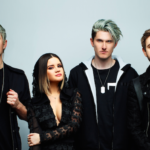 Zedd unveils ‘The Middle’ Music Video at the 2018 Grammy Awards