Iowa man says he was racially profiled at a clothing store

A man from Iowa, U.S. named James Conley III has posted about being racially profiled at an Old Navy store in West Des Moines last Tuesday. According to his Facebook post, he went to the store already wearing a blue bubble jacket that he got last Christmas, looking to buy some hoodies. As he was about to pay for his purchases, the cashier asked him if he also wanted to buy the jacket he was wearing.

James said that his initial reaction was to laugh out of disbelief. He wrote:

“The store manager Beau Carter was very unprofessional and stereotyped me because I was a Black male. He says ‘Anytime someone wears Old Navy clothing they have to always scan that customers clothing to insure that it was previously purchased’.”

James noted, however, that he has gone to the same store wearing the same jacket repeatedly but has never been asked to scan anything before. He also said that “non-black customers” were never asked to scan their clothing even if they were wearing apparel that was identical to what he was wearing.

The store manager apparently scanned the James’ jacket and tried to make him repay for it, despite James explaining again and again that he got it last Christmas and was not shoplifting.

Finally, the District Manager named Shannon came out to settle the dispute. James asked her to check the surveillance tape to show that he walked inside their store already wearing the jacket.

After watching the tape and seeing that James was in fact telling the truth — that they have racially profiled him — the staff did not even apologize for their actions.

“Once she confirmed that I was telling the truth (after watching the tape) she never came back out to apologize to me nor did the store manager Beau Carter as you can see in my video,” James wrote.

In the video, the store manager can be seen actively ignoring James and attending to other customers. James finally asked if he can leave with his jacket on, to which the manager replied “Yeah, that’s fine” without looking at him.

People who have read the post reacted angrily about the incident, encouraging James to file a lawsuit and saying that they would never shop at the store again. They also praised James for keeping his composure during the entire incident. James’ post, which has been shared over 85,000 times as of this writing, also prompted many people to leave angry reviews on the Facebook page of the store. 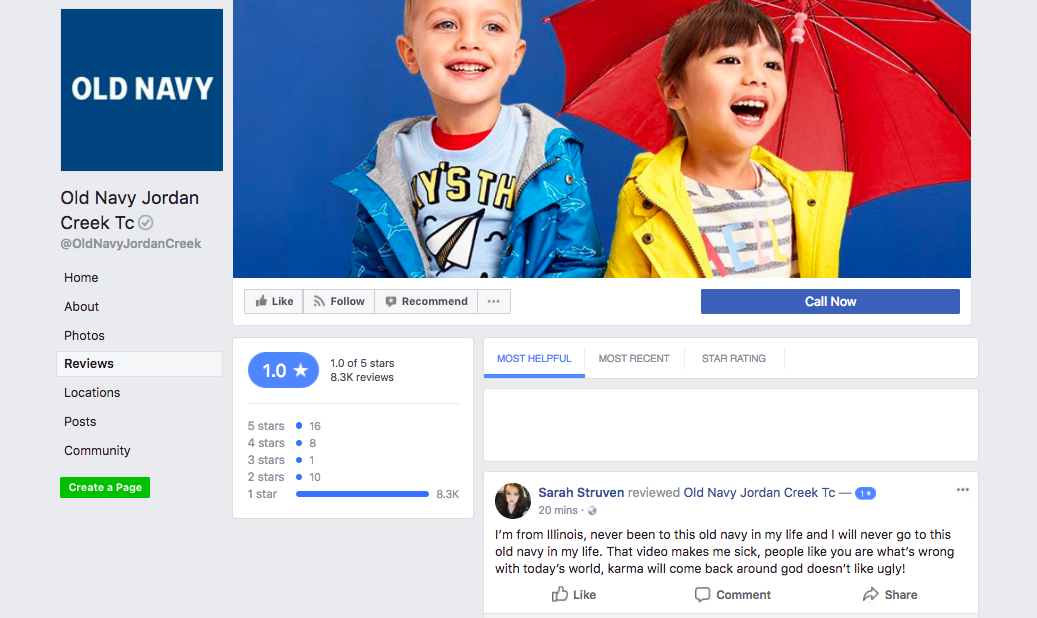 The Old Navy branch has received a whopping amount of negative reviews after the incident went viral.

Read some of the reviews below:

Today I was racially profiled by the Old Navy store in West Des Moines, Iowa in Jordan creek. I was accused that I didn'…