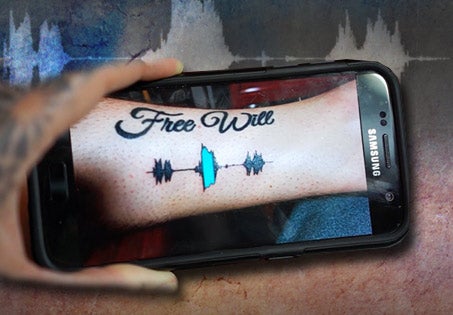 Getting a tattoo may just be a rebellious phase for some or one thing to check off their bucket list. But for most people these days, it’s a way to keep a memory alive deep within their skin. Whether it be a simple word, a symbol, or a self-designed art — these deep-skinned ink can carry significant meaning or memories in someone’s life.

Now thanks to technology, there’s an app that claims to immortalize someone’s voice on your skin with “Soundwave Tattoo”. The mobile app called “Skin Motion” allows users to keep a loved one’s recorded voice as a soundwave tattoo and play it back using image recognition.

Skin Motion was created by Los Angeles-based tattoo artist Nate Siggard who was the first to have a Soundwave Tattoo that can be played back through the app. According to its site the Soundwave Tattoo works through “a combination of audio processing, image recognition, computer vision, and cloud computing to create a mixed reality experience”.

The app lets users record or upload an existing audio to create waveform patterns that they’ll have tattooed on their bodies. It opens a camera and scans the tattoo to playback the recorded sound.

Basically (according to some reviews and comments from netizens), the app acts like a QR scanner that scans an image that links to an existing audio on your phone or online. It doesn’t really recognize voices from a sound wave image.

Well, nevertheless, sound waves seem to be a pretty cool tattoo design trend these days. We still want it. 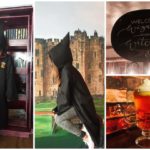 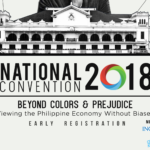 JPES presents beyond colors and prejudice: Viewing the PH economy without biases