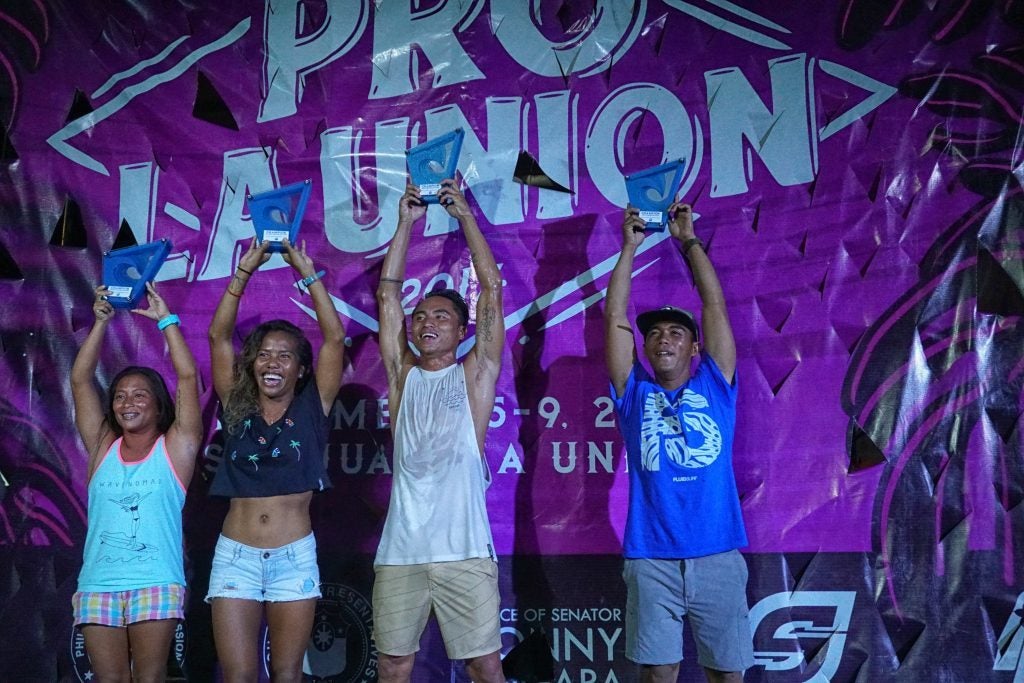 Tokong and Alcala, both from Siargao Island, were the two standouts of the event, throwing down some of the most impressive combinations seen in the tour. The two gave the audience a great showdown but Tokong took advantage of his priority and scored an impressive 8.25. This established his lead over Alcala.

Tokong’s victory was long overdue after struggling in the past three legs, finishing only in the Quarter and Semifinals. His undying determination and perseverance paved the way for his monumental win at the surfing capital of the north. 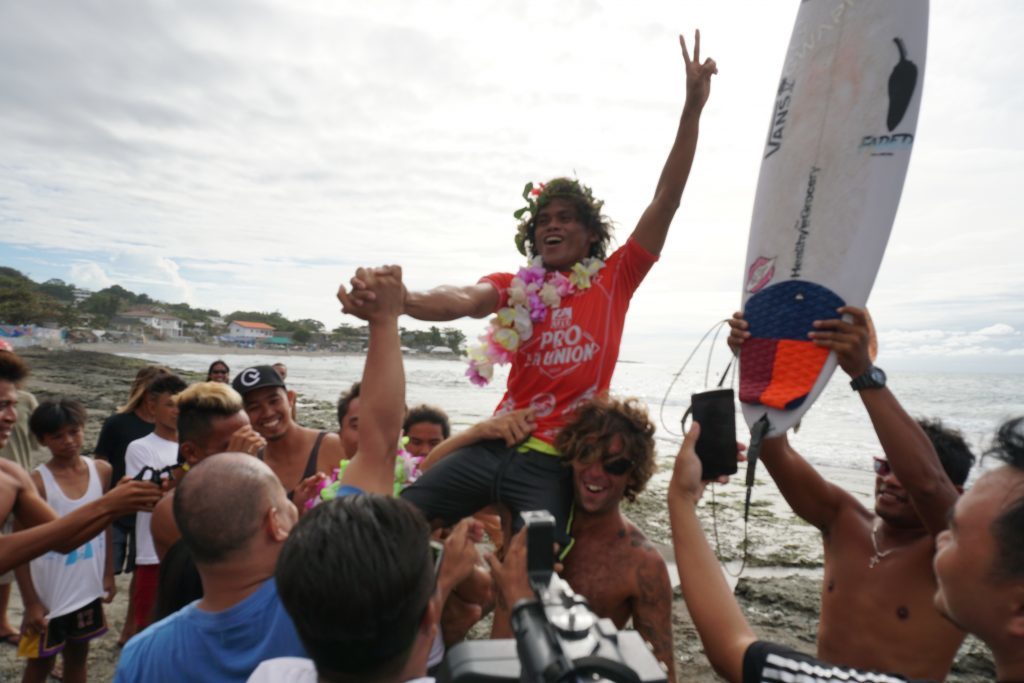 “I’m so happy that I made it to the Finals! I always get through by the last wave, same during the Semifinals. The waves were hard to catch because the wind started to pick up but I maintained my focus to win this contest. I want to thank all the people who supported me all throughout the season especially to my sponsors. I will be flying to Australia tomorrow to look for a surf coach and train there,” Tokong said.

Meanwhile, Piso Alcala was in incredible form and really fought his way towards the Finals. He needed an 8.0 score to win against Tokong, however, his last wave, which he hoped would gain him the crown, fell short by a few decimal points. 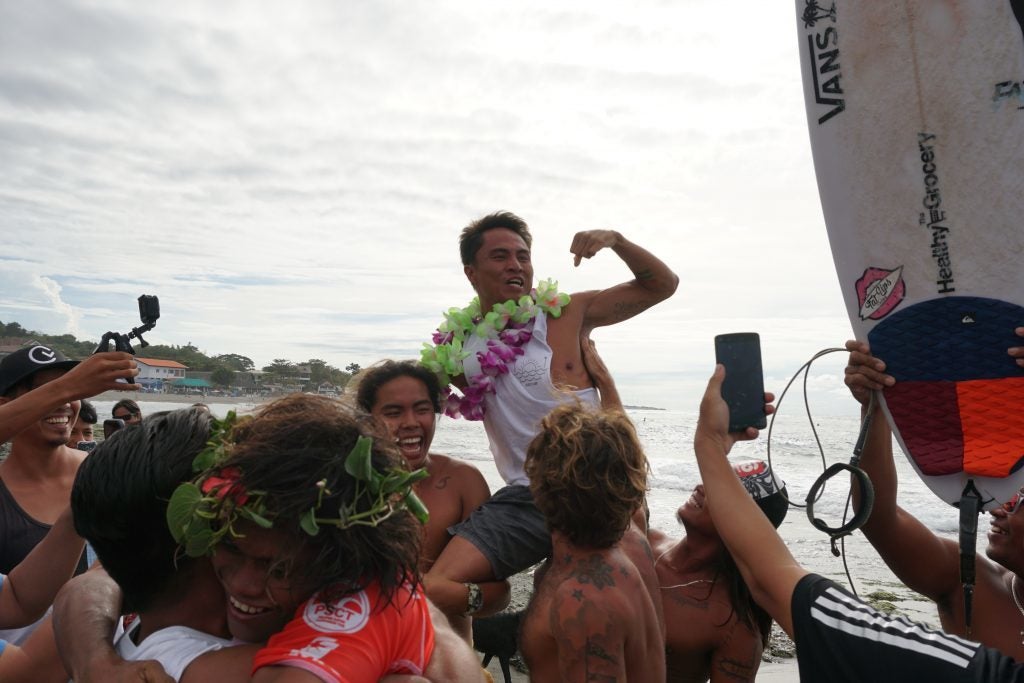 “It was hard out there. I maintained my focus and stayed in the peak. John Mark is a good surfer and I saw his determination all throughout the contest,” said Alcala.

The first-ever PSCT Men’s Shortboard Grand Champion Philmar Alipayo celebrated when it was announced that his good friend Tokong won the Finals. He ran in excitement towards the beach to welcome the latter and onto the crowd shouting endlessly. After his upsetting loss during the Semifinals, Alipayo was completely anxious watching the Final heat since if Alcala wins, Piso will be declared as the overall champion but if Tokong wins the match, Alipayo will take home the crown and be declared as the first-ever overall PSCT Champion.

“I was so nervous. I really can’t contain my emotions during the Finals. It is a surreal experience for me being the first-ever champion of Philippine Surfing Championship Tour. I would to thank all my sponsors for making this dream of mine a reality and to the PSCT team for putting up an event like this, professionalizing the sport of surfing in our country,” said Alipayo. 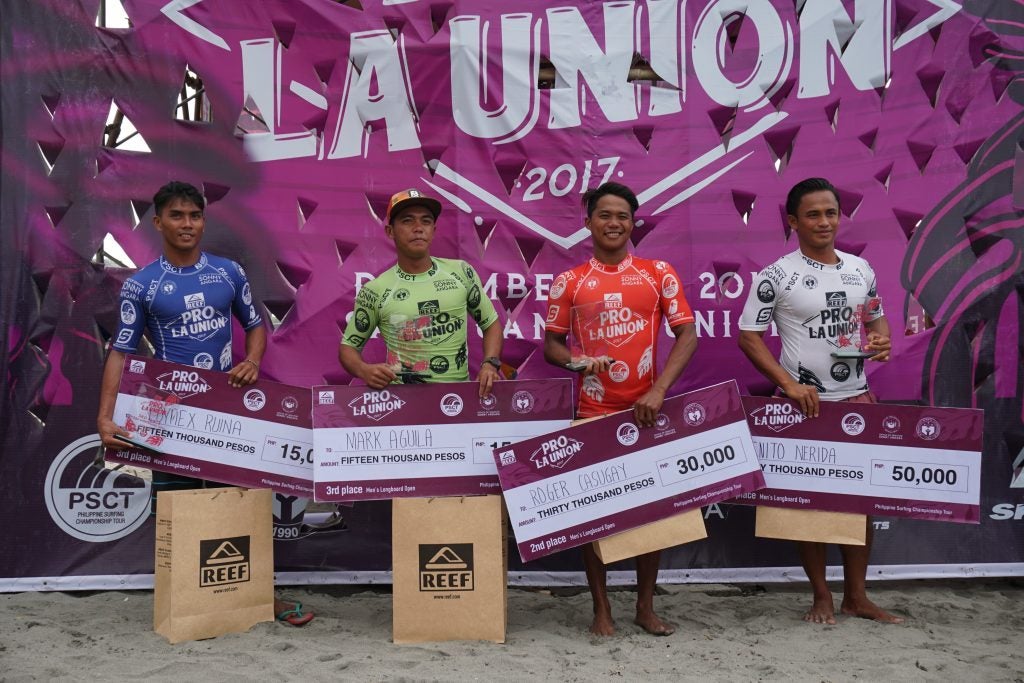 The Men’s Longboard Finals put up an intense battle between two of the best longboarders in La Union, Roger Casugay and Benito Nerida. Nerida, who gave an exceptional performance during the Finals, scored a 9.25 during the last three minutes of his heat.

In an unexpected turn of events, the race for Men’s Longboard overall championship had a tie between Mark Aguila (Baler) and Nerida. A surf out had to take place to break the tie. Aguila didn’t expect to surf again after his Semifinal loss against Casugay and decided to give his best to secure his win and take home the PSCT Men’s Longboard overall championship title.

In the Women’s Longboard division, it was a clear sweep for local surf pride Daisy Valdez after winning both Lanuza and La Union legs. Similarly, in the Women’s Shortboard division, Nilbie Blancada from Siargao also dominated every leg of the tour. “I just enjoyed surfing with my friends and gave all my best to win the championship crown. I thank my big sister for introducing me to surfing. Without her, I guess I won’t be able to achieve this,” said Blancada. 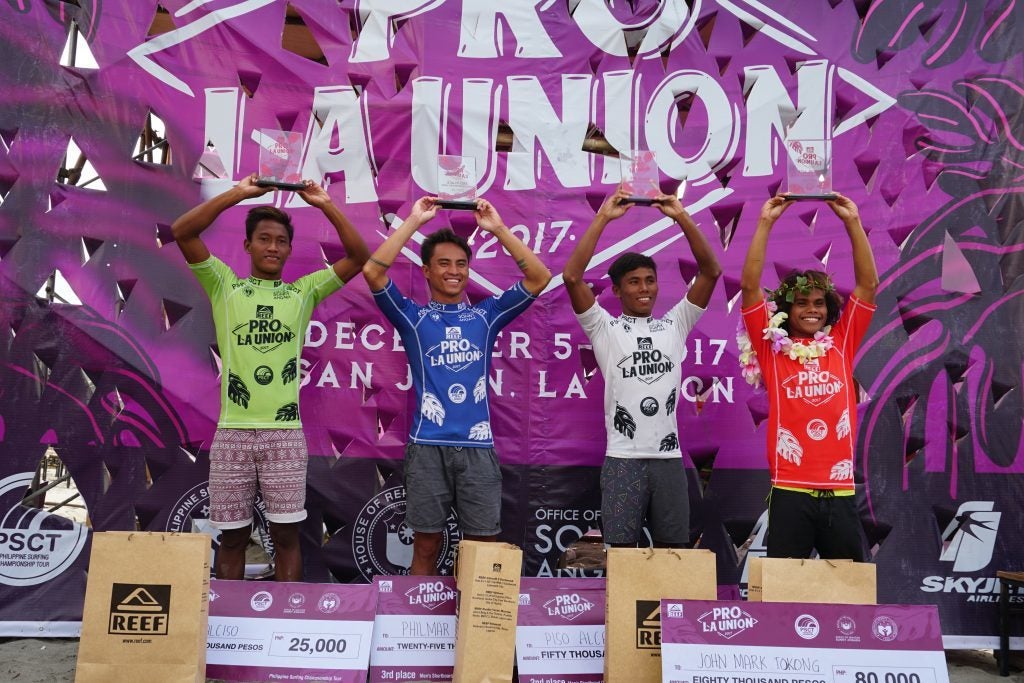 The Philippine Surfing Championship Tour (PSCT) is the country’s first-ever and only professional surfing tournament. Patterned to the Word Surf League, surfers from all over the Philippines tour around different surf spots to battle for the top spot in the national ranking.

PSCT’s vision is to have a stage for professional surfing in the Philippines that follows International Surfing Association (ISA) standards of competition, preparing Filipino athletes for the international stage while promoting camaraderie and unity of the surfing community.