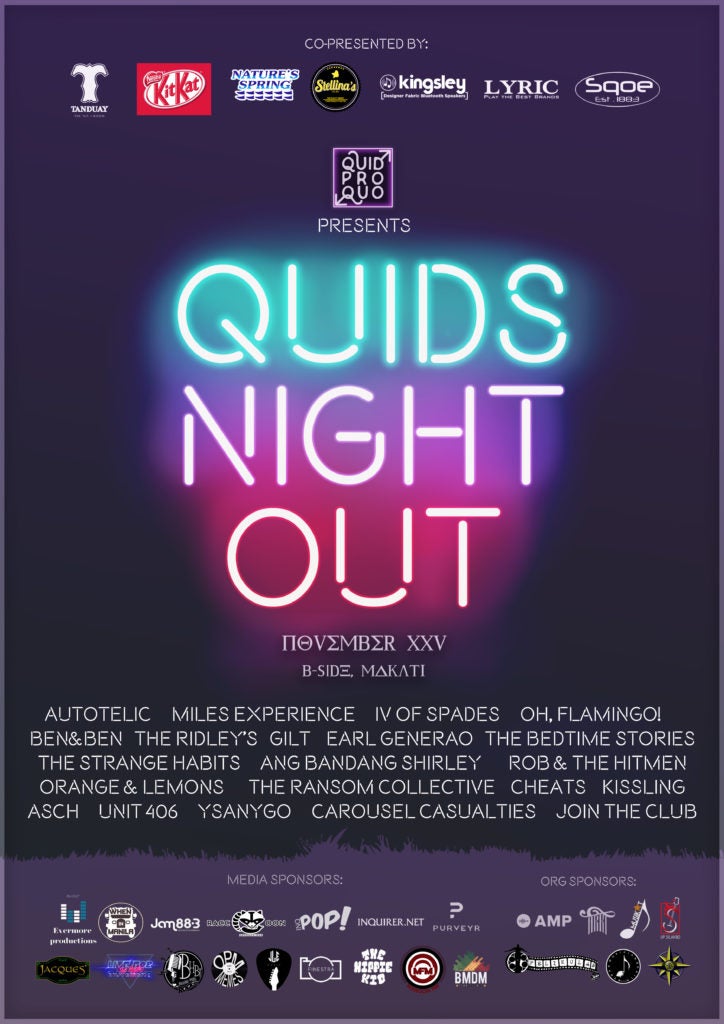 The quids believe in supporting not just local music but also establishments and businesses, which is why they are bringing in food and apparel merchants to come and sell their stuff at Quids Night Out. Crowd favorites Silly Garlic and Jess & Pat’s will be there as well as food stops Takobar, Café Pastello, and The Manila’s Overloaded Burgers. Culture shops Magaion and The Hippie Kid will also be selling their tees during the event. 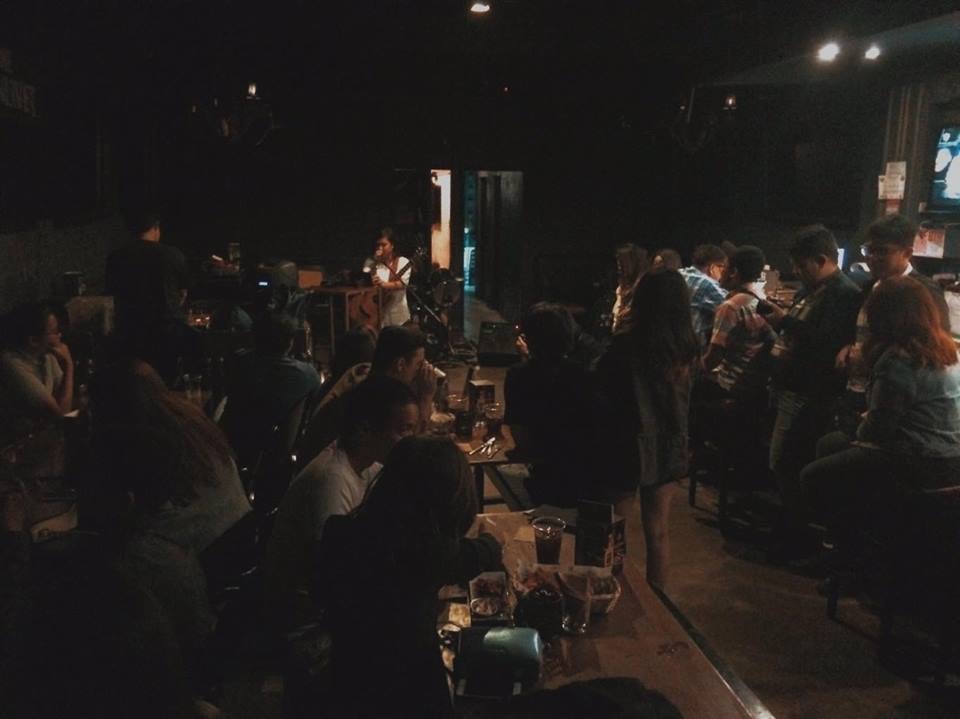 Attendees will also be treated to free flowing drinks from Tanduay Rhum (from 2pm – 7pm), free lemonade (for the minors), and raffle prizes like Bluetooth Speakers from Kingsley Designer Fabric Bluetooth Speakers and shirts from OPM memes.

Quid Pro Quo is a music production that curates gigs and events to give musicians avenues to grow in the music scene. Since its establishment in 2016, Quid Pro Quo has produced a number of notable gigs around the metro and has worked with new and well-established acts in the local independent music scene. The production was also given the privilege to host a stage for the revered annual music event Fête de la Musique 2017, handling the Island Music stage at Aloha Bar & Grill, The Collective, Makati. Quid Pro Quo also curates a monthly gig every last Wednesday of the month entitled “Quids Next Door” held at Pablo’s Pub & Restaurant, BGC where upcoming local acts are given the spotlight to showcase their talents. The production has also recently co-handled the famed Nalu Music Festival held at Baler, Aurora last May of 2017.

For news and updates about Quids Night Out, can check out the event page here.