Sony Pictures Releasing International debuts the new trailer for Peter Rabbit, the upcoming feature that presents all of the crowd-favourite Beatrix Potter figures to the big screen in a contemporary approach to adventure. The picture is going to be shown in Philippine cinemas April 2018.

The new trailer can be seen here:

James Corden brings the mischievous Peter to life, with Rose Byrne in the female lead role of Bea and Domhnall Gleeson as Mr. McGregor. Margot Robbie, Elizabeth Debicki, and Daisy Ridley will voice the roles of Peter’s sisters Flopsy, Mopsy, and Cottontail.

Directed by Will Gluck out of the display screen story and screenplay by Rob Lieber along with Will Gluck, based on the stories and characters of Peter Rabbit by Beatrix Potter, the film is created by Will Gluck and also Zareh Nalbandian, together with Doug Belgrad, Jodi Hildebrand, along with Jason Lust Serving as executive producers.

Sony Pictures Releasing International will launch the feature movie, which will be a joint presentation of Columbia Pictures and Sony Pictures Animation.

In Peter Rabbit, the mischievous and adventurous hero who has captivated generations of readers now takes on the starring role of his own contemporary comedy. In the film, Peter’s feud with Mr. McGregor (Domhnall Gleeson) escalates to greater heights than ever before as their fight to gain control of McGregor’s coveted vegetable garden and the affections of the warm-hearted animal lover who lives next door (Rose Byrne) extends to the Lake District and London. James Corden voices the character of Peter with playful spirit and wild charm, with Margot Robbie, Elizabeth Debicki, and Daisy Ridley performing the voice roles of the triplets, Flopsy, Mopsy, and Cottontail. 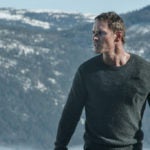 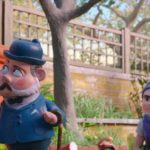 WATCH: See the garden gnomes’ quest to solve a London mystery in the first trailer of “Sherlock Gnomes”