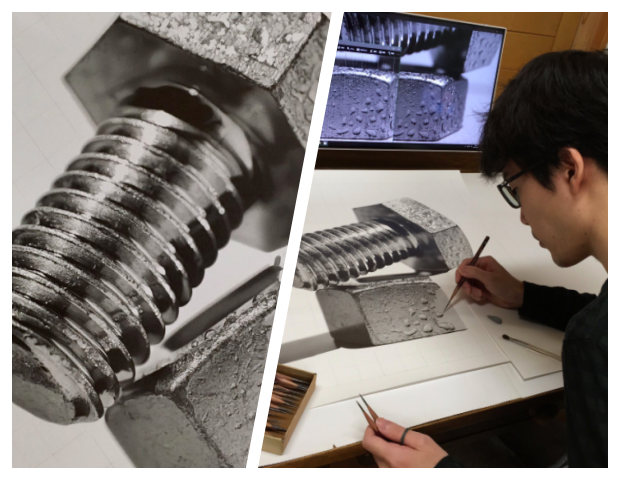 Sometimes, the best artists are the ones who don’t follow the rules. Take for instance, Vincent Van Gogh — do you think he’d be one to succumb to the rules of traditional painting? Or master drip painter Jackson Pollock — is he one to simply paint “between the lines?”

The answer to these questions is simple — NO. And that’s because these artists each have a unique sense of style that goes beyond “ordinary.”

To some, these styles may come off as strange and unusual; but to the majority, it’s an extraordinary work of art!

So, we can’t help but think this Japanese artist might be a little mad when he created this beautiful pencil drawing of a nail bolt.

It’s hard to believe that this isn’t a black and white photo of a nail. But if you look closely at the lower right side of the image, you can see the unfinished strokes of shading.

According to Twitter user, @oomrshiz, this image was created by his artist brother Kohei Ohmori. @oomrshiz also writes that it took Ohmori approximately 240 hours just to finish just a portion of the image.

But this isn’t the first piece of art created by Ohmori. In fact, he’s been making a number of these black and white pieces for a while now. Here are a few samples of his other artworks:

We can’t help but applaud Ohmori’s dedication to his craft and we definitely can’t wait to see what he comes up with next! 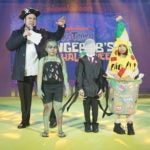 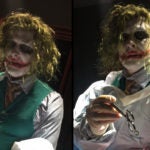