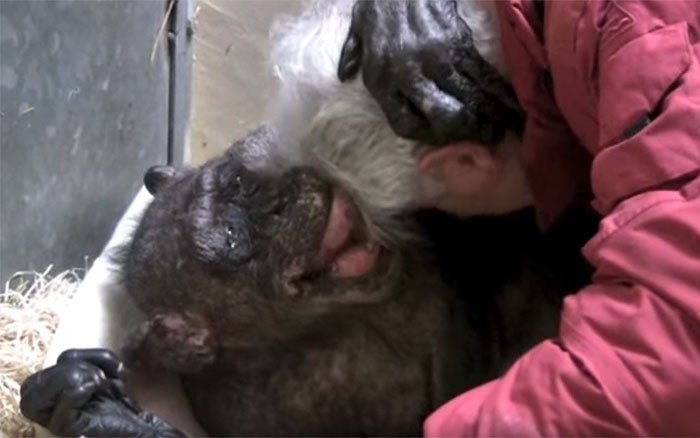 Reunions are sometimes too emotional for us to witness, but this precious moment when an old chimpanzee was reunited with her former friend is definitely worth all the tears!

Mama, a 59-year-old former matriarch of the colony of chimps at the Royal Burgers Zoo in Holland, was at the brink of death due old age and deteriorating health. The ape had been unresponsive and was refusing food from keepers. Instead, she’s curled up in a ball and not moving from her place all day.

She was old, alone, and sick. She probably knew there wasn’t much time left for her so she seemed to have lost her will to live.

But when professor Jan van Hooff paid her visit, she instantly beamed and gladly embraced her old friend whom she had known since 1972. Upon hearing the news about Mama, van Hooff, co-founder of the colony and professor of behavioral biology, decided to pay his last respects back in April 2016.

Mama recognized van Hooff and welcomed him with a hug, touched his hair, and somehow responded to him while he was talking to her–just like old buddies catching up with each other after all these years.

Sadly, Mama died a week after their reunion but at least she carried happy memories with her.

You will be sorely missed, Mama! 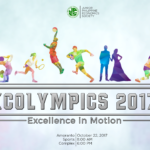 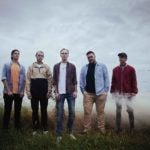