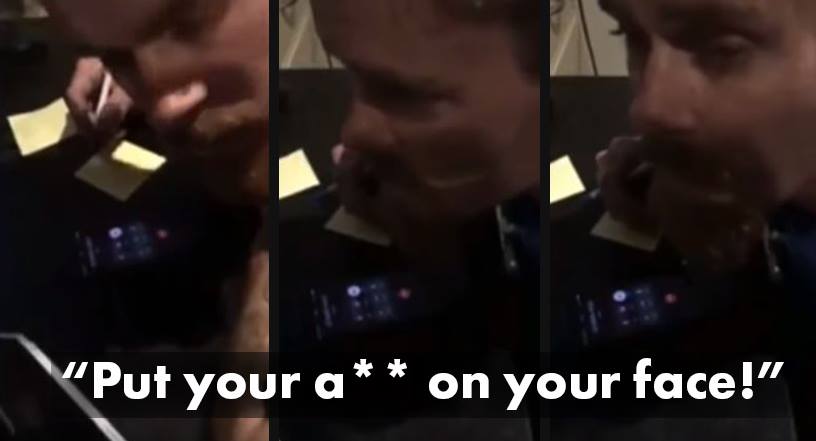 A Telstra customer, Phill, released footage of a conversation he had with a rude call center agent on the phone who called him “arrogant” and told him “Put your ass on your face.”

Phill called the telco to inquire about an international call he received. The call was cut and he was put on hold “for no reason.” His friends then filmed the conversation when he called back.

The customer service rep asked Phill why he hung up. Phill answered, “Why did I hang up? Because I was trying to ask you for your name and how to spell it.”

The Telstra customer service representative told Phill he had already given him his name, then asked, “Don’t you know how to spell?”

Taken back by the response, Phill confirmed if he was with Telstra “customer support,” which the rep acknowledged.

The agent then said, “You are an arrogant customer. Because you are asking to be transferred over to an Australian representative, which is like two per cent of the total workforce of Telstra.”

Phill clarified he never asked for an Australian representative, but an “Australian-based call center.”

Phill asked for the agent’s name again, stating he would report him to the Australian Communications and Media Authority.

“Am I going to cry now? I’m crying right now,” the rep replied.

When Phill asked to be transferred to a manager, the agent said, “Put your ass on your face.”

A Telstra spokesman stated they were investigating the incident and have apologized to Phill.

“This is clearly unacceptable behavior and we will take appropriate action as necessary once our investigation is complete.”

Here’s the conversation in its entirety:

Have you ever experienced a customer service rep being rude on the phone? Or maybe you’ve worked in a call center and have had rude customers. Let us know in the comment section.