Films to watch at the ten-day QCinema

With five years of success under its belt, the QCinema International Film Festival (QCinema) steadily takes on the challenge to screen local and international noteworthy films beginning with “Loving Vincent” and “Batch ‘81.”

When it rolls out the red carpet on October 19, 2017, it will open with “Loving Vincent” dubbed as the “world’s first fully painted feature film.” Directors Dorota Kobiela and Hugh Welchman show the life and times of Vincent van Gogh, one of the most controversial artists in history, using film and oil-painting, the technology Vincent himself used.

To cap the festival on October 28, QCinema will show a Mike De Leon film. “Batch ‘81,” touted as one of the “best Filipino classics,” tackles the violent practices of fraternities through the prism of neophytes.

The full ten days will be held at the Gateway Mall (Cineplex 10); Robinsons Galleria (Robinsons Movieworld); TriNoma Cinema; and U.P. Town Center Cinema. QCinema will also hold screenings at The Cinematheque Centre Manila from October 24 to 28. 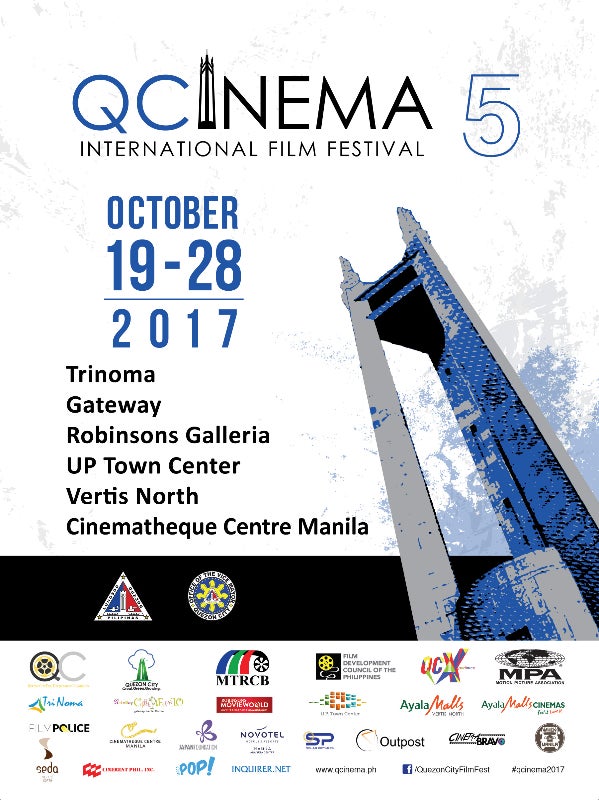 QCinema will hold the world premieres of the feature and short films that they funded. These films are eligible to win the Pylon awards and other cash prizes.

The QC Shorts roster will be divided into two sections. For QC Shorts A, the films are “Anya ‘ti Nagan Mo? (What Is Your Name?)” by Ice Idanan; “Babylon” by director Keith Deligero and writer Gale Osorio; “Gikan Sa Ngitngit Nga Kinailadman (From The Dark Depths)” by Kiri Dalena; “Kun’ Di  Man” by Phyllis Grae Grande.

Part of the competition sections of QCinema are “Asian Next Wave” which features the works of filmmakers with less than three titles and “Rainbow QC,” which showcases the broad spectrum of LGBT narratives across the world.

Included in the “Asian Next Wave” roster are “Dragonfly Eyes,” the debut film of distinguished Chinese artist Bing Xu; “In Between Seasons” by Dong-Eun Lee; “Kfc” by Le Binh Giang; “Marlina the Murderer in Four Acts” by Mouly Surya; “Pop Aye” by Kirsten Tan; and “Snow Woman” by Kiki Sugino.

“Beach Rats” won the Grand Jury Prize at the Independent Film Festival of Boston 2017 and L.A. Outfest 2017; “Close-Knit” was given the Teddy Jury Award at the Berlin International Film Festival 2017; “Signature Move” director Jennifer Reeder was recognized as the Best Director at the recent FilmOut San Diego; and “Tom of Finland” was chosen as Finland’s official to the 2018 Oscars’ Best Foreign Language Film race.

Among the highlights of QCinema is “Screen International” which will show award-winning films such as Cannes Grand Prix awardee “120 Beats Per Minute (BPM)” by Robin Campillo; “Loveless” by Andrey Zvyagintsev; “The Killing of a Sacred Deer” by Yorgos Lanthimos; and “The Square” by Ruben Östlund.

“The Killing of a Sacred Deer” was one of the winners of the Best Screenplay awards at the Cannes Film Festival.

In “International Shorts,” QCinema will feature critically acclaimed short films such as “Dadyaa” by Bibhusan Basnet and Pooja Gurung; “Death of a Soundman” by Sorayos Prapapan; “Gaze” by Farnoosh Samadi; “Hiwa” by Jacqueline Lentzou; “Mobius” by Sam Kuhn; “Tesla World Light” by Matthew Rankin; and “A Gentle Night” by Qiu Yang  who was bestowed the Short Film Palme d’Or at the 70th Festival de Cannes.

QCinema’s “Before Midnight” shows an unrated section composed of controversial titles meant to shock festival-goers. This category will feature “A Prayer Before Dawn” by Jean-Stéphane Sauvaire; “Bang Gang (A Modern Love Story)” by Eva Husson; “Revenge” by Coralie Fargeat; “68 Kill” by Trent Haaga whon won the Audience Award at the SXSW Film Festival 2017.

Paying homage to classic titles, QCinema will mount “Digitally Remastered Series” featuring international films, “All About My Mother” by written and directed by Pedro Almodóvar; “Blow-Up” directed by Michelangelo Antonioni; and “The Graduate” by Mike Nichols.

In 2000, “All About My Mother” was named as the Best Foreign Language Film by the Academy Awards and Golden Globes and Best Film not in the English Language by the BAFTA Awards.

“Blow-Up” won the Palme d’Or at the Cannes Film Festival 1967 and “Best Foreign Film” by French Syndicate of Cinema Critics in 1968.

“The Graduate” took home various awards such as Best Director award from the Academy Awards as well as “Best Motion Picture – Comedy or Musical” from the Golden Globes in 1968.

In “Special Screenings,” QCinema will showcase mind-bending movies such as “Diamond Island” by Davy Chou; “Fading Paradise” directed by Aurel Ayson; and “Out Run” by S. Leo Chiang and Johnny Symons.

QCinema’s collection of films created by local directors will be screened in “Cinema Rehiyon.” The films here are “Experimental Forest” by Angelica Gamolo; “Squatterina” by Darryl Yap; “The Death of Pablo” by Arvin Belarmino; and “Utas” by Al Enriquez.

QCinema has already released a limited number of festival passes which can be bought here and here. Freebies await those who will purchase tickets online.

Festival Pass 10, priced at Php1,640, allows festival-goers to watch ten screenings. Freebies for this pass include a QCinema shirt, an eco bag, a ballpen, a notebook, and a sanitizer.

For the Festival Pass 5, which can be bought for Php830, attendees gain entrance into five screenings. This ticket comes with a QCinema shirt, a drawstring bag, a coaster, and a sanitizer.

Once purchased, a confirmation email will be sent to the buyer’s email address. Upon redemption, the ticket, either a soft copy from the Eventbrite app or as a printout, must be presented along with a valid government-issued ID. Tickets can be redeemed from October 20 to 27, 2017, 12;00 PM to 9:00 PM daily, at the QCinema desk found in the cinema lobby of the chosen pick-up location.

The festival pass is not valid for invitational screenings. For gala screenings and closing film, seats are subject to availability.

Regular Movie and Television Review and Classification Board (MTRCB) passes are not valid for festival screenings. Only MTRCB Board or staff IDs are accepted but not on gala, invitational, or special block screenings.

The single film tickets, which cost Php150 each as they are partly subsidized by the Quezon City government, can be bought at cinema ticket outlets.

QCinema, in partnership with the Film Development Council of the Philippines (FDCP), will host the Film Industry Conference @QCinema to be graced by representatives from the global film industry. This event will take place from October 21 to 22 at Novotel Manila Araneta Center.

Another highlight is the Rainbow QCinema Block Party sponsored by FDCP on October 21, 7:00 PM to 12:00 AM, to be held at the Manhattan Strip in Araneta Center.

QCinema, founded in 2013 by the Quezon City Film Development Commission from the Office of Vice Mayor Joy Belmonte, is a one-of-a-kind film festival that appropriates up to Php1 million worth of production grants to select filmmakers and allows them to retain ownership of their movie rights. 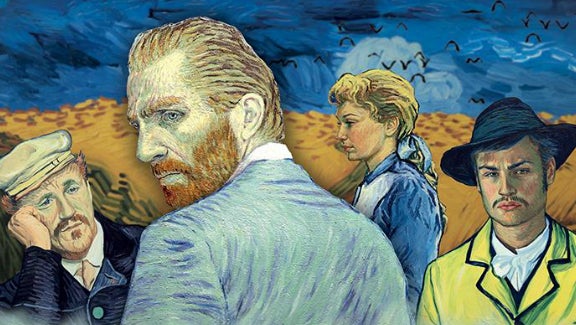 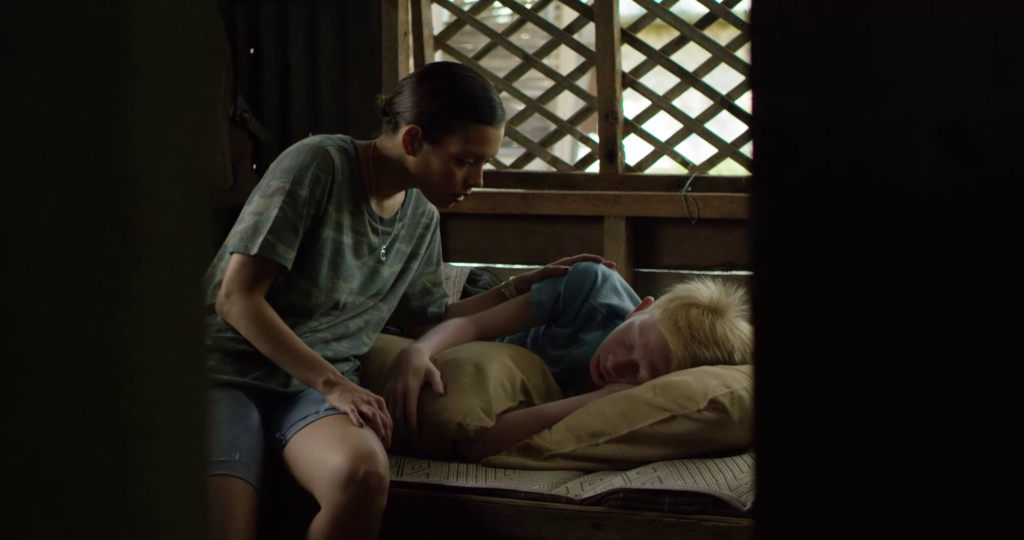 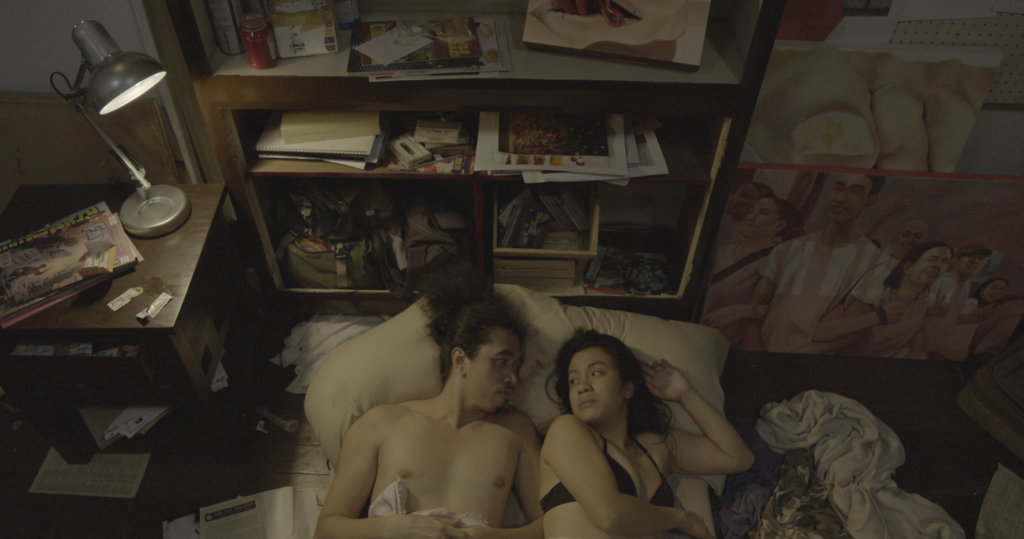 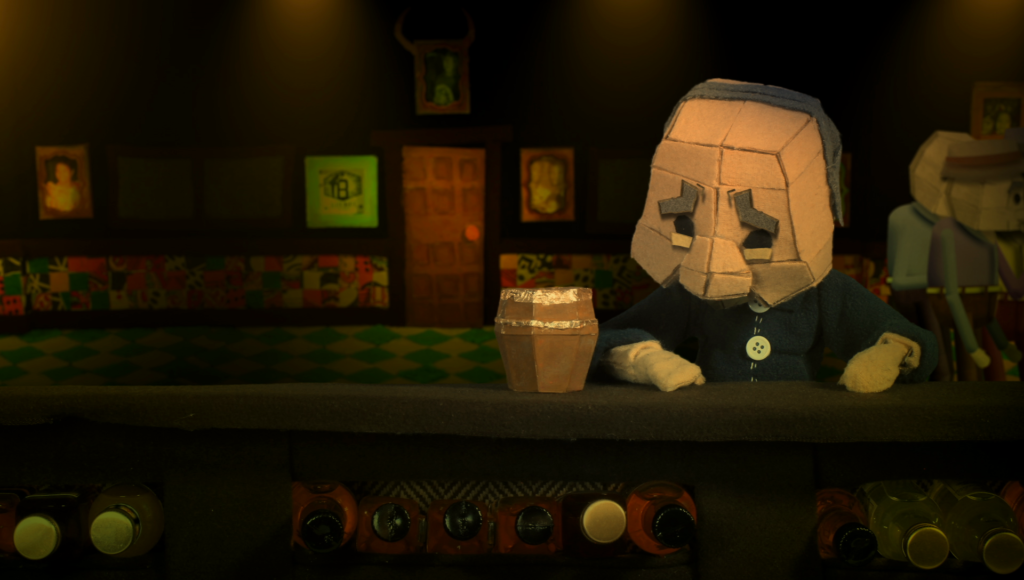 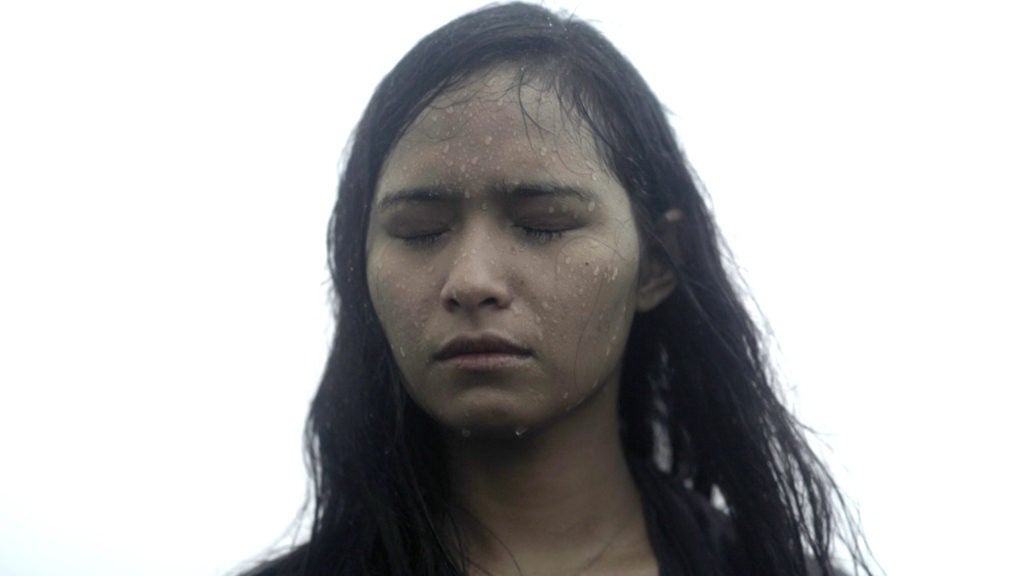 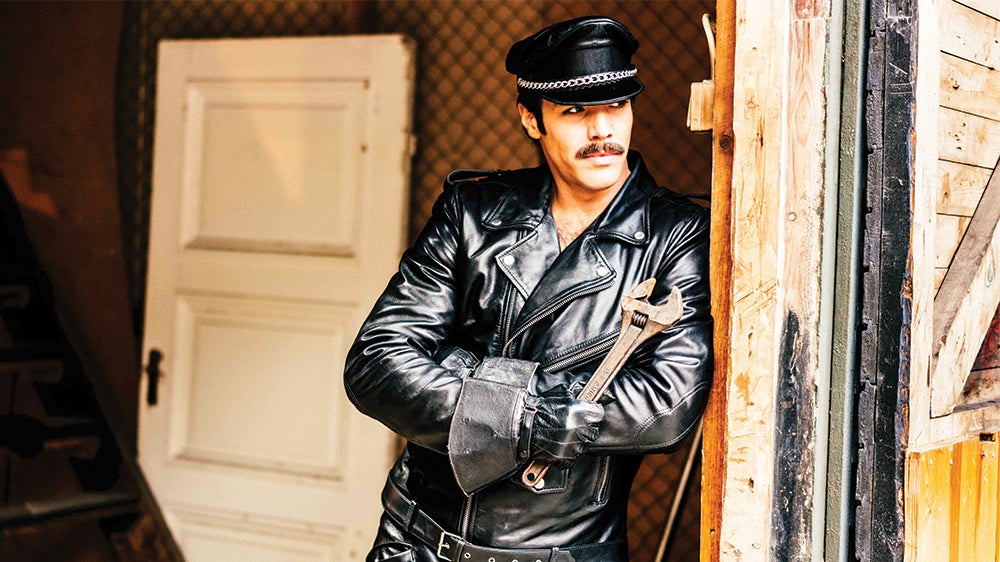 “Tom of Finland” by  Dome Karukoski 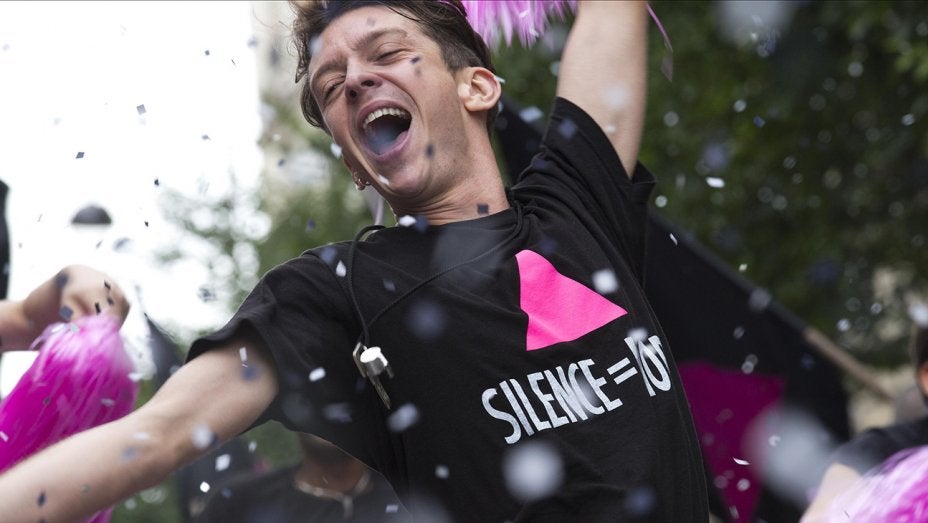 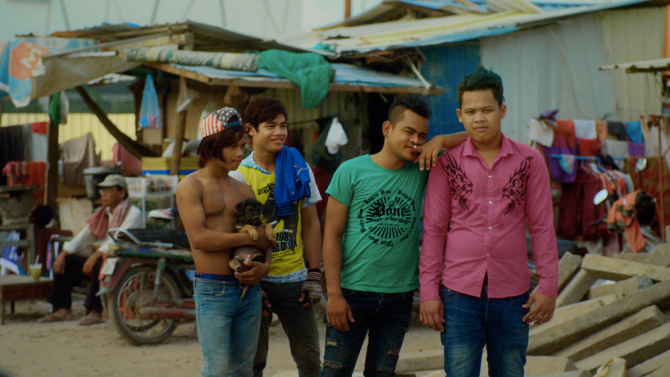 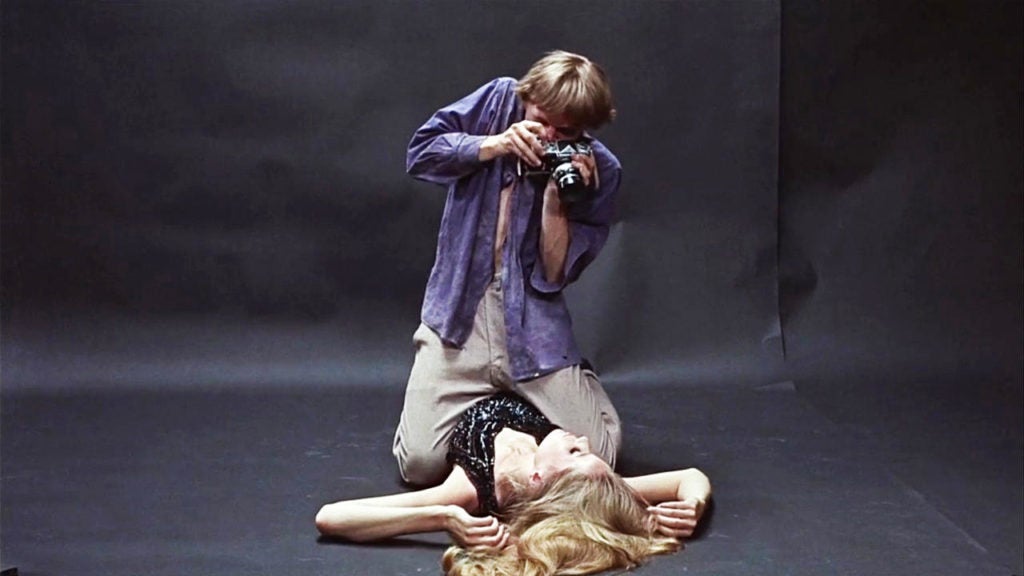 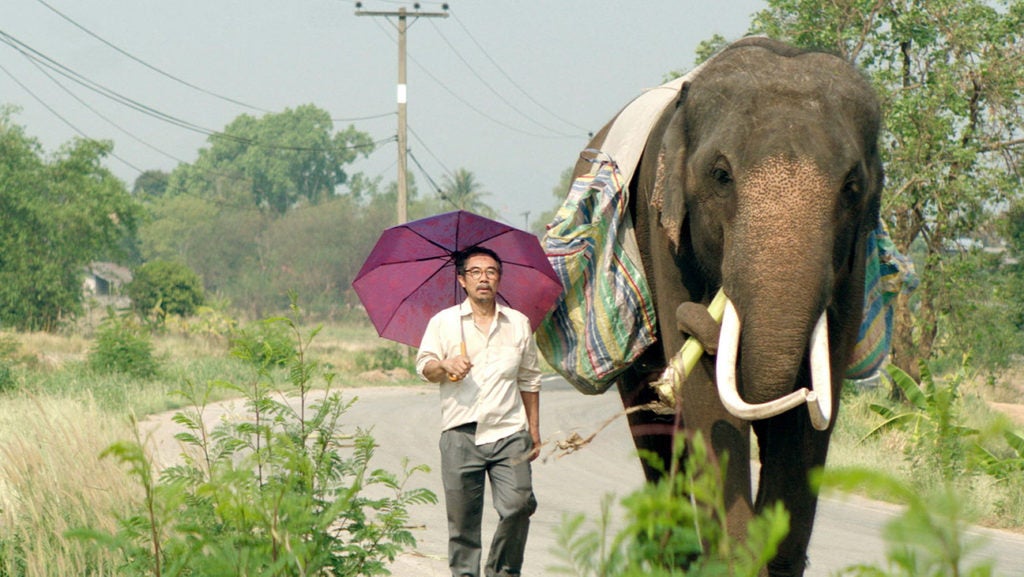