The Gentlemen of Cali: A new cartel rises in Narcos Season 3

“They were known as the Gentlemen of Cali,” says Michael Stahl-David, who plays DEA Agent Chris Feistl. “They had a different style than Escobar: no bombs, no flashy murders, no bounty on police. Instead, they just paid everybody off.”

Because of these differences, the DEA realizes a takedown won’t be easy. Everyone from politicians to cab drivers to law enforcement officials are being paid off by Cali, giving the cartel eyes and ears everywhere.

“I think the most dangerous thing about the Cali Cartel is how insidious their operation is,” Pedro Pascal, who plays Javier Pena, says.

After Escobar’s death, the Cali Cartel spreads to Miami, New York, Mexico and other markets, making it the world’s richest drug trafficking organization. Yet despite their success, Cali leaders hatch a plan to leave the drug business altogether. They insist that after cutting a deal with Colombian law enforcement, they’ll be free to run their legitimate businesses without interference, a plan some members of the cartel are against.

It’s only a matter of time before the Cali Cartel is blown apart. The question is whether it will ultimately be destroyed by the DEA or from the inside – and what sacrifices will be made along the way. 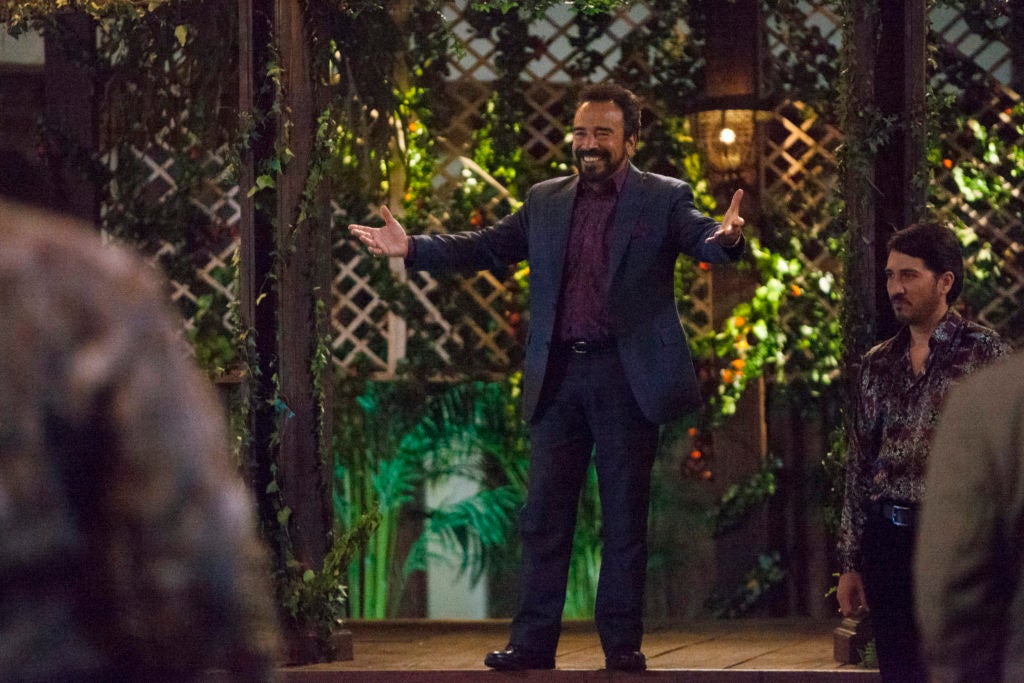 Acclaimed Mexican actor Damián Alcázar plays Cali leader Gilberto Rodríguez Orejuela, nicknamed “The Chess Player” because of his strategic behavior. “I’d say he was the mastermind of the cartel,” Alcázar says. “He was the one who calmed things down.” 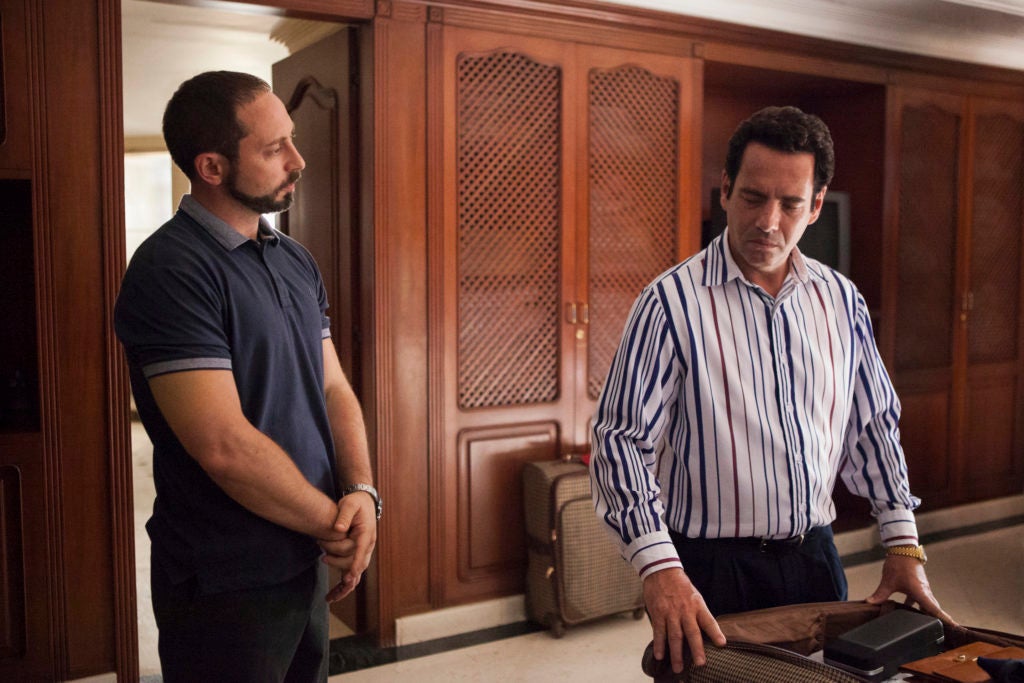 As Gilberto’s brother, Miguel, Francisco Denis (right in photo below) plays a figure viewers may think they have figured out. “Miguel always appears as the second guy of the cartel, sort of behind his brother,” Denis says. But as season 3 escalates, power shifts within the cartel, and Miguel reveals some threatening sides of his personality. 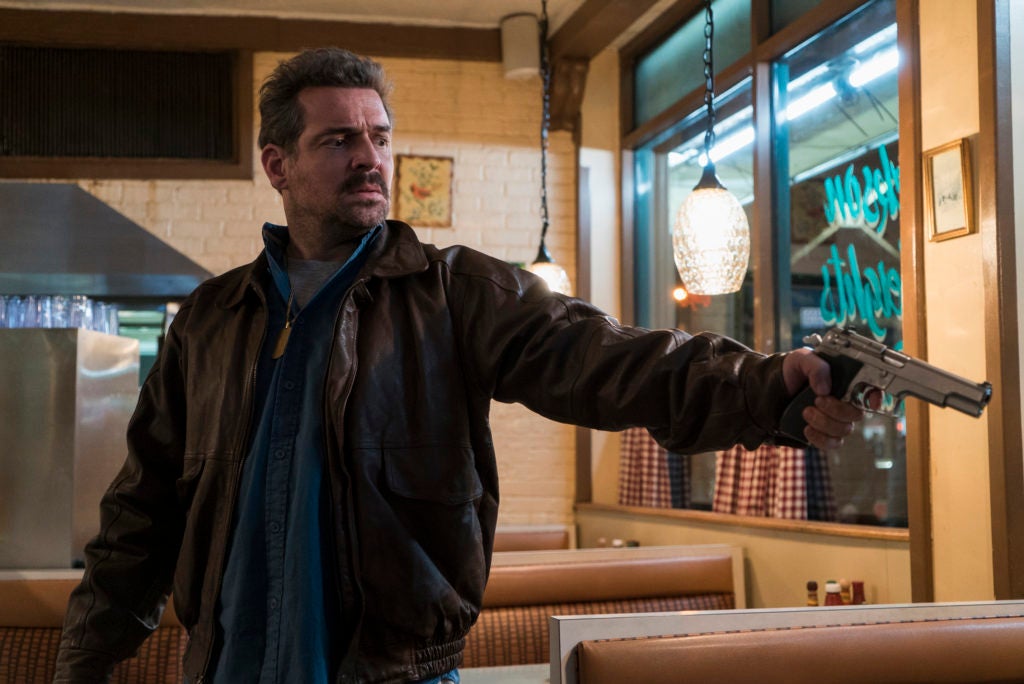 Pêpê Rapazote plays the third Cali Cartel leader, José “Chepe” Santacruz Londoño, a strong personality in the relatively professional Cali Cartel. “The first thing [showrunner] Eric Newman told me [was,], ‘Chepe is bigger than life. Do it bigger than life.” 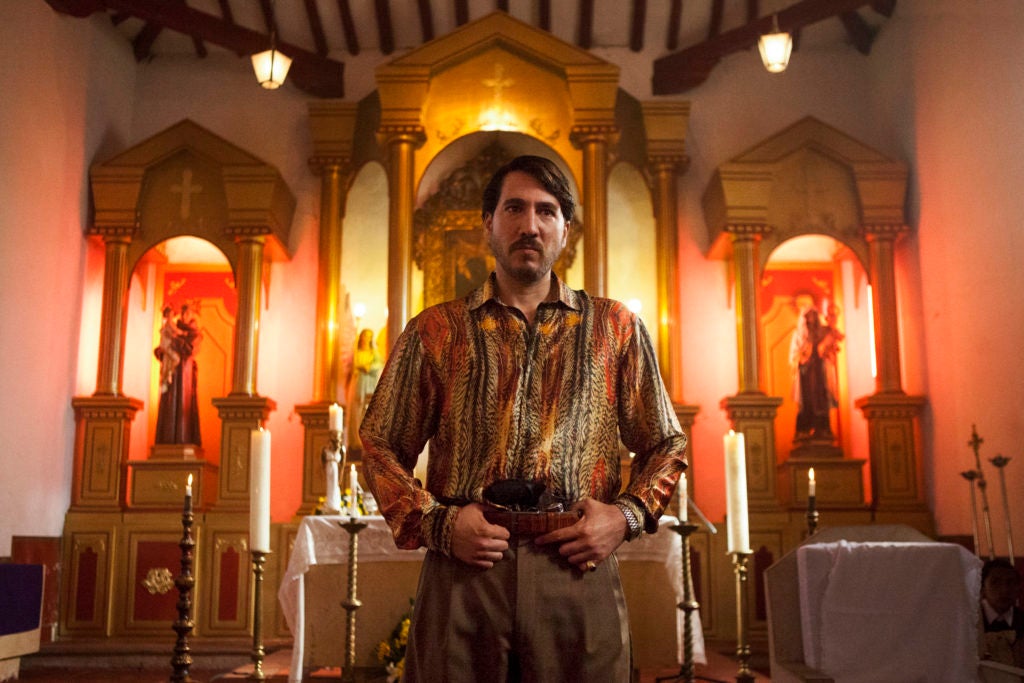 Rounding out the four Cali kingpins is Pacho Herrera, played by Spanish actor Alberto Ammann. “Within the Cali Cartel, he is the most aggressive member. He’s in favor of physical violence, attacks, and murders.”

Another thing that sets Pacho apart is that he’s openly gay. “In those years, a character who’s gay and who is able to face the world as one of the heads of one of the most important drug cartels… well, there was something quite remarkable about him,” Ammann says.

Narcos
Netflix
The Gentlemen of Cali: A new cartel rises in Narcos Season 3
INQPOP! Stories we think you might also like: