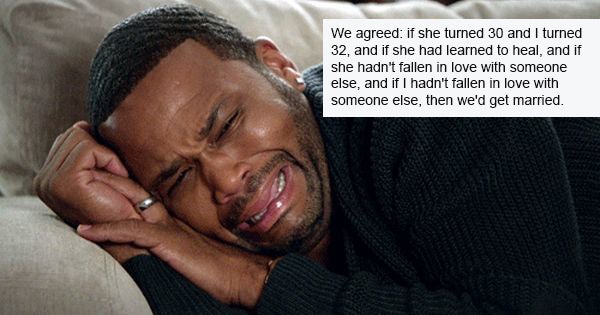 Have you ever made a pact with a friend that the two of you would marry each other if you reach a certain age and you both don’t have someone else yet?

A tragic love story shared on Reddit has resurfaced online one year after it was posted and is now breaking people’s hearts. The post made on AskReddit asked if anyone on the site had gotten married as a result of a marriage pact, and how it worked out for them.

Some have shared that things turned out great for them, and that it was like a fairy tale that ended up in a happy ever after. But one user, Alex Clifford, shared how he made a pact with his best friend—the love of his life—who ended up to be his greatest sorrow.

i'm not crying, you're crying pic.twitter.com/yjTfBBjr1v

“We met in college, and were instant best friends. I was 20; she was 18. We spent all our time together, and were briefly lovers, but we never formally dated because both of us were very much into being wild and free and enjoying our youth,” Alex wrote.

They agreed that a committed relationship between them would be an all-or-nothing kind of thing. Neither of them wanted to give up their carefree lifestyle so they decided not to commit to a relationship. A few years went by and they remained as happy as always—until the girl’s sisters died.

“It was a car accident. They were 16 and 18, and both were killed in the crash. Dead on arrival at the hospital. My friend was utterly, completely devastated. It still hurts me to remember it, even now. Her father, though, was even more devastated, to the point where he was legitimately willing to let himself starve to death rather than try to go on living.”

Shattered by the loss of her sisters, his best friend moved to a different state with her father and didn’t talk to him for two years. When they met again, the girl he knew to be the most joyful and positive person he’d ever met, came back as a much quieter and sadder person.

“I wanted to be there for her more than I’d ever wanted anything in the world. Not being able to fix things for her, not being able to make it better, that hurt more than anything I could ever remember. I guess that’s when I realized how in love with her I was.”

He told her that he loved her and that he wanted to be there for her, but the girl wasn’t ready for any emotional connection. After what happened to her sisters, she said she needed to figure out what it meant to be alive in a world without them. She wanted space and time from him, and he said he’d do anything for her. They knew that they were both happy when they were together and that’s when they made a pact.

“I was 25 then, and she was 23. We agreed: if she turned 30 and I turned 32, and if she had learned to heal, and if she hadn’t fallen in love with someone else, and if I hadn’t fallen in love with someone else, then we’d get married. So that’s how we parted ways. She moved to Wyoming, to be alone. I moved to Germany, to get as far away from her as I could.”

A few years passed and they grew closer as they started communicating with each other again. When Alex turned 30, he half-jokingly brought up their pact. “I told her that I hadn’t ever fallen for anyone else. (I didn’t mention this, but I couldn’t have fallen for anyone else. I always compared every other woman to her, and in my memory she was perfect), Alex says.

His best friend said that she felt the same way and that she was still very serious about their agreement. She told Alex that she has started to heal, and a year later, she told him that she wanted to meet up and see if the sparks were still there.

“It was,” says Alex. He proposed to her six months later, but she teased him that he’d have to wait a few months until she turns 30. Things were going so well between them that it didn’t matter for Alex to wait for a few more months even though he thought it was silly.

Then, their story met an unfortunate end.

“She died. That’s how the story ends. She was hit by a drunk driver and spent 2 days in the ICU before her body gave out. I went to her funeral. I spoke to her father but I barely remember what we said. I’ve never spoken to him since. I don’t have the willpower to make myself find out how he’s doing.

That will be four years ago this November. I’m in therapy and trying to learn how to have feelings again, other than blank, mindless, miserable rage. I often wonder if this is what it felt like for her. She made progress. She learned to feel again. That thought is what keeps me going. She did it. She’d want me to do it.

Alex’s tragic story made a lot of people bawl like a baby and people on Twitter had a lot of emotions. His story had, after all, the most devastating plot twist ever!

I was legit 1.5 secs away from telling myself this is the life I wanted until he said she died and I was like pic.twitter.com/cVAkIAaxdq

when he said she died and I had already picture a cute happy family pic.twitter.com/xD8K1URB6p

You’d think that this kind of story only happens in movies and that maybe the world isn’t that cruel to two people who just want to be with each other. But sometimes, some people are meant to be together but are just not meant to last forever. 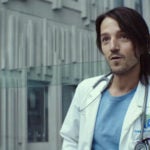 Diego Luna flirts with the Afterlife in “Flatliners” 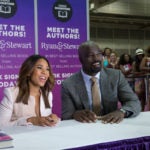