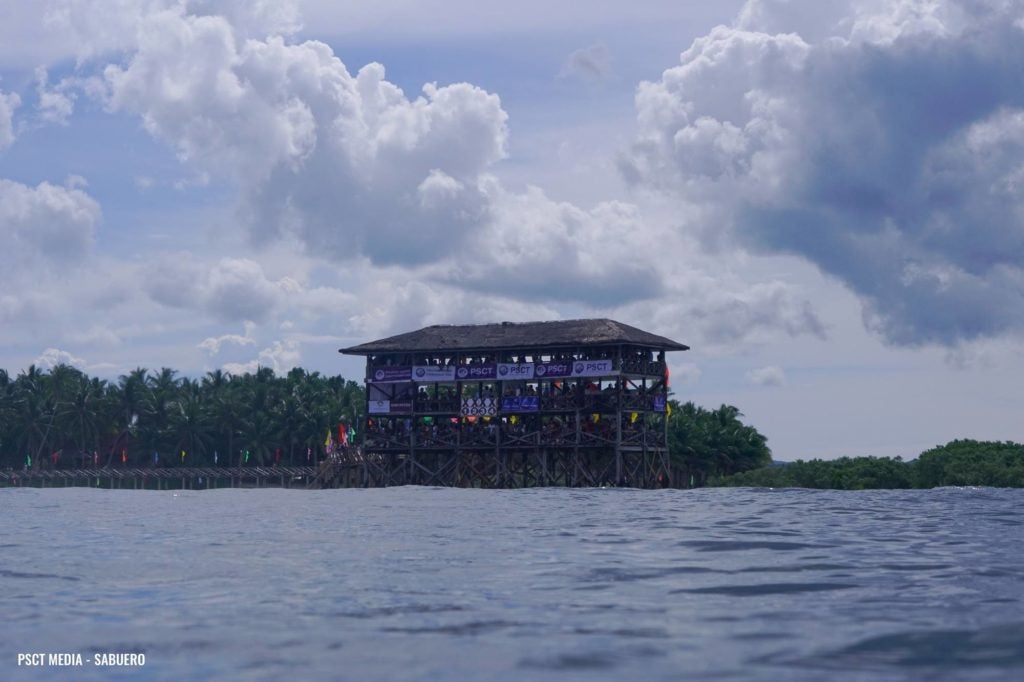 The action continued yesterday at the 19th Siargao National Surfing Cup as 20 heats of the first round of the Men’s Open division were run throughout the day in consistent 1 to 2 foot surf.
It was a battle of home break supremacy as Siargao locals Mark Canon and Glenn Figuron went head to head in a very entertaining match up to the delight of the Sundayafternoon crowd gathered in the tower, exchanging powerful snaps and cutbacks and the lead several times during the heat, with Canon coming away with the heat win and both surfers advancing to Round 2. 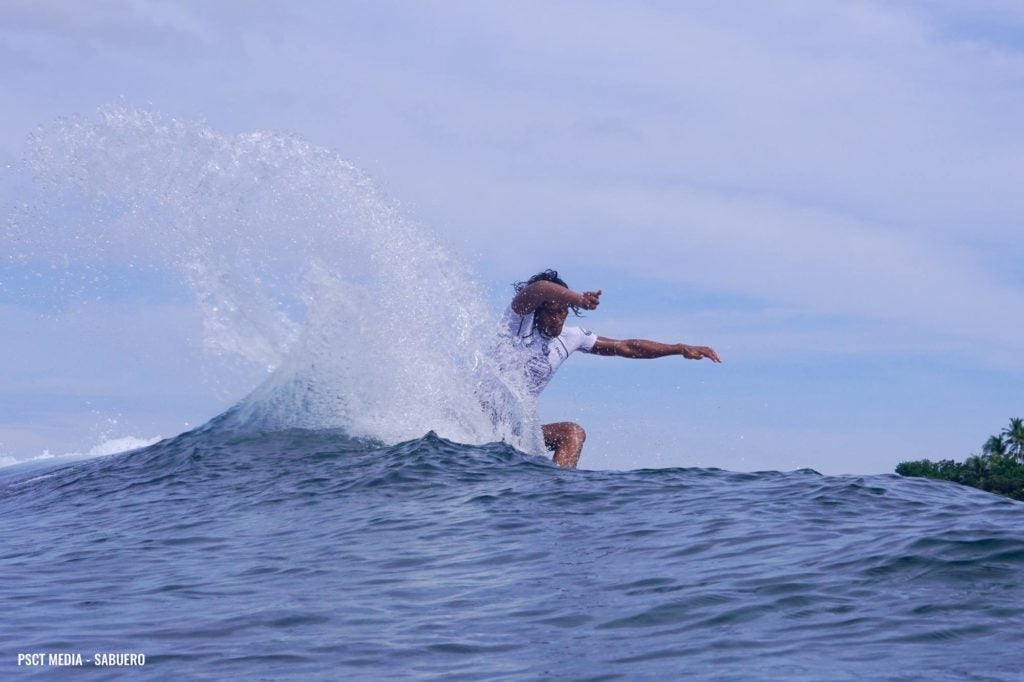 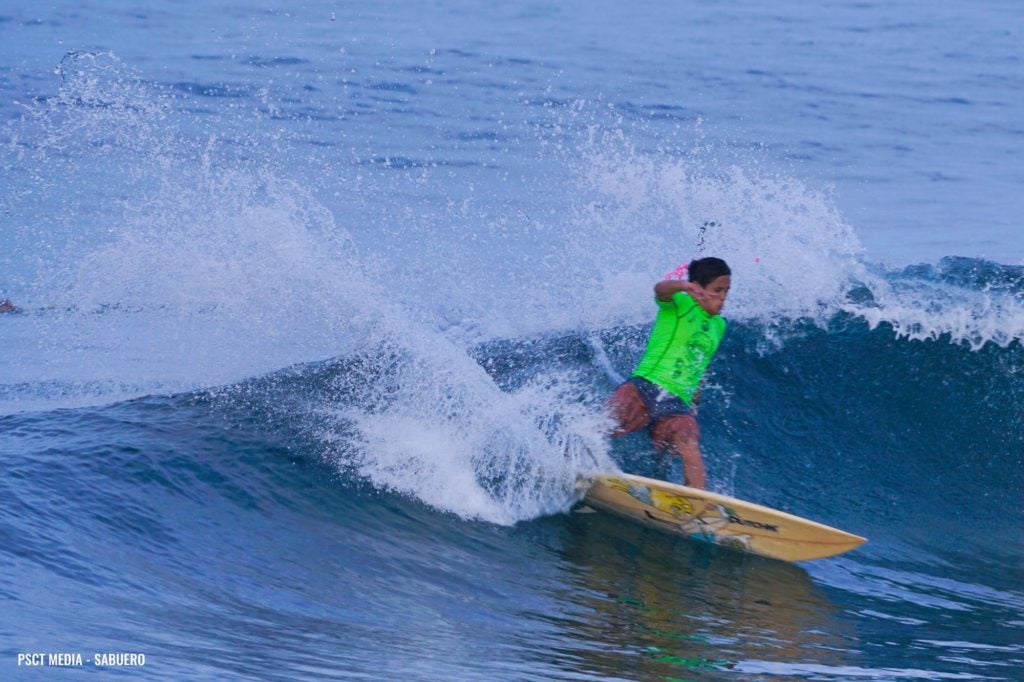 Juramz Ariate from Lanuza, Surigao Del Sur was also one of the day’s top performers as he made it in and out of one of the few barrel opportunities offered up on the day during his heat against Siargao local surfers Timothy Febra, Mondy Delamide and William Saavedra. The judges rewarded Ariate with a 6.50 score, which earned him a spot in Round 2.

Miguel Paez, as the only representative from Cagayan De Oro City, put on an impressive performance, given that the nearest surf spot from CDO is 3 hours drive away. Paez, who only needs a 1.1 score to advance, was lucky enough to catch a wave in the dying seconds and completed a powerful snap before the buzzer, snatching the second place spot from Elven Antipasado. 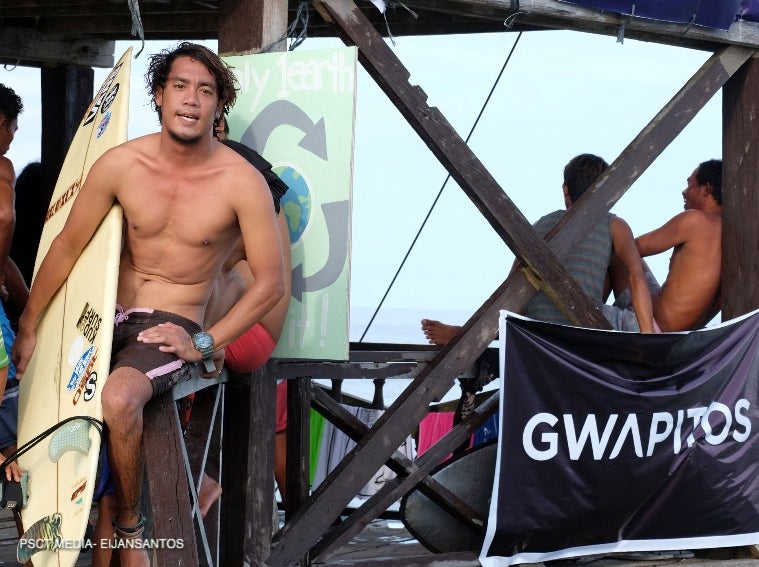 “Akala ko talo na ‘ko. Mabuti na lang may nakita akong alon na pakaliwa. Sabi ko ‘Eto na, baka sakali makuha ko and makapasok pa ko sa Round 2.’ Salamat sa Diyos! Salamat din sainyo sa PSCT at saka sa lahat ng nag sponsor sakin. Ang sarap ng feeling!” (I thought I was losing the heat. Good thing I saw a lefthander coming. I told my self, ‘This is it. Maybe I can get this wave and can move to Round 2.’ Thank you God! Thanks also to PSCT and to all those who sponsored me to join this contest. It feels so good!), says Paez.

The remaining 12 heats of Round 1 will be run this morning and move on to Round 2 this afternoon. “We’re racing the clock in these early rounds, so we hope that the wave conditions allow us to finish the heats we have planned for today,” said PSCT President Luke Landrigan. “Our goal is to elevate the standards of Philippine surfing so that’s why we invested in computerised scoring equipment to help us generate scores faster and allow the surfers to know where they are at in the heat. It takes some time to get everybody used to a new system, but that’s what we need to do to prepare them for getting up the next level,” Landrigan added.

With a swell forecast of 1 to 2 feet for the second day, PSCT officials will commence with the remaining heats of Round 1 at 6:00 am. 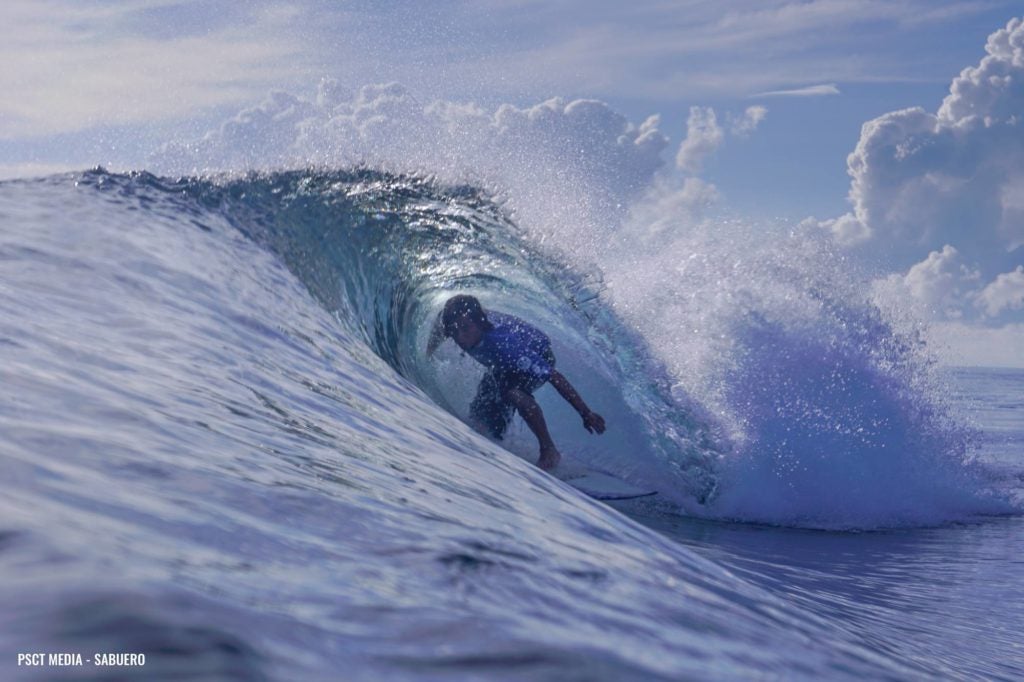 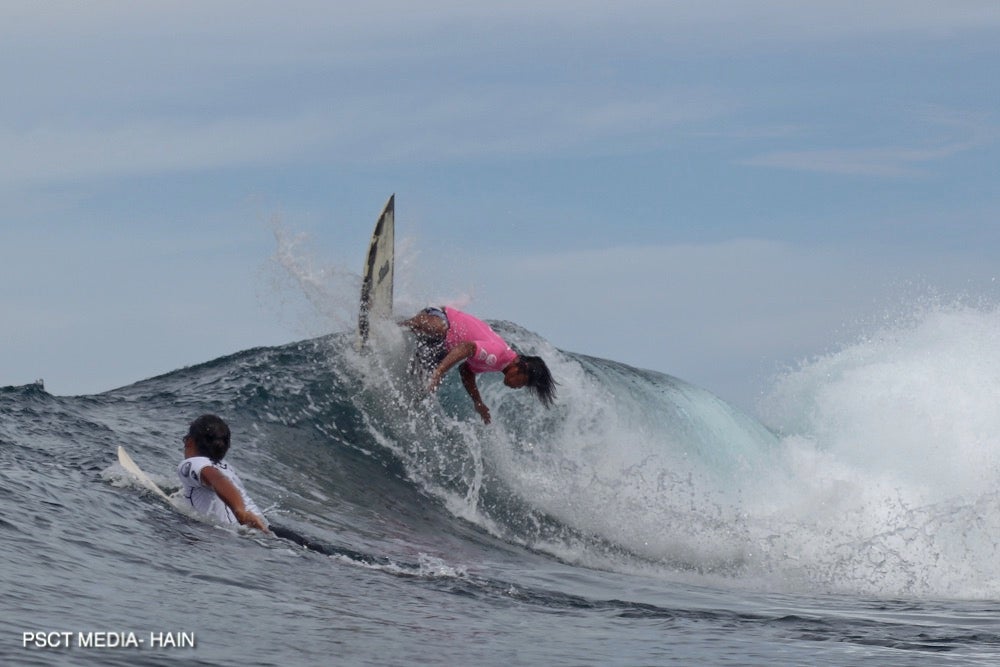