In honor of the 20th death anniversary of Diana Spencer, Princess of Wales, the Chesterfield Borough Council, decided to put up a memorial for the late Princess on the town’s water pump. But instead of feeling a sense of solemnity, people were laughing out loud because the well dressing didn’t look like the Princess at all! 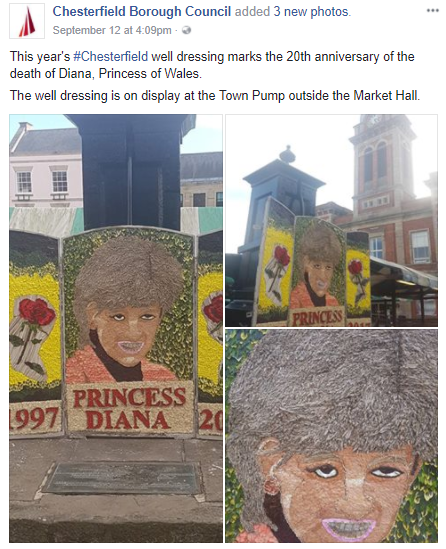 A well dressing, also known as well flowering, is a summer custom largely practiced in rural England wherein wells, springs, or other sources of water are decorated with designs made of petals. The memorial for Princess Diana was made of carnations, chrysanthemums, chamomile flowers, cow parsley, leaves, grass seeds, rowan berries, and egg shells.

People couldn’t help but poke fun of the disfigured likeness of Princess Di. To be fair, it did look laughable! Some even thought of it as a failed attempt to commemorate the well-loved Princess. 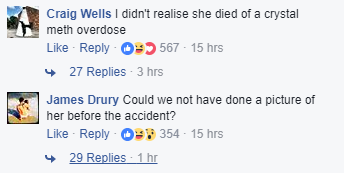 Due to the backlash, a spokesperson from the council defended the tribute:

“The well dressing is produced by 14 volunteers using the ancient Derbyshire art of well dressing, which involves creating designs from flower petals and other natural materials.

“All art is meant to be a talking point and that certainly seems to be the case with this year’s design.

“The well dressing is designed to attract visitors to the area and if the publicity encourages more people to come and visit the market and local shops then that can only be good for Chesterfield.”

The spokesperson explained that they selected this year’s theme because it was Princess Diana’s 20th death anniversary, and also because she opened the town’s visitor information center in 1981.

The council wasn’t alone in defending the tribute. Some netizens spoke up in favor of the work and said that despite its imperfections, people still worked hard on it. 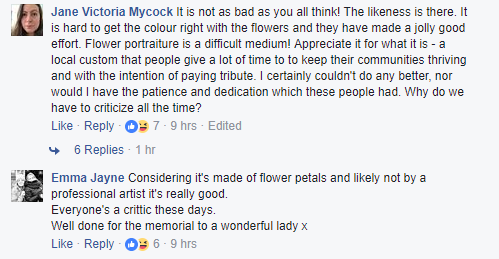 Regardless, I think we can agree that, “It’s what she would have wanted,” because wherever Princess Di is right now, she’s probably rolling with laughter over this.